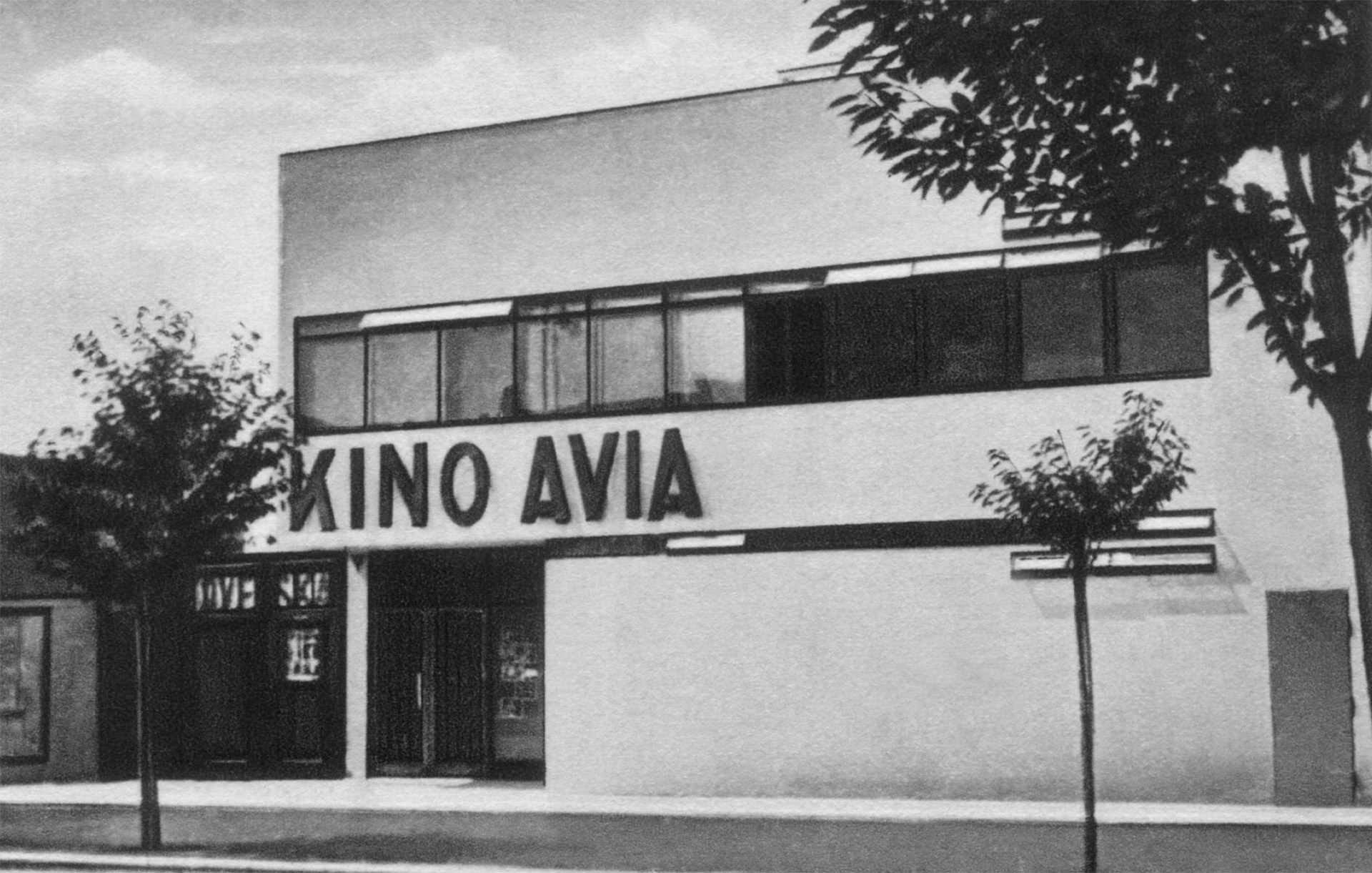 The Avia Cinema by Josef Kranz in Štolcova Street was originally intended as a part of a larger Sokol (sports association) complex with a gym and a cultural centre, which was never built in the end. Only a part of the planned complex containing the cinema, a caretaker's apartment, sports facility and an outdoor sports grounds was built.
As is the case with Kranz's Era Cafe, the building's low street front is segmented by the elementary shapes of various openings. It consists of a recessed and glazed main entrance on the left, the rounded wall of which is repeated in the curved elevated staircase to‎ the projection room on the right. The narrow line of the windows on the ground floor is also copied on the first floor, which is, however, dominated by a ribbon window that outwardly unifies the various modes of internal operations. The KINO AVIA inscription over the entrance was another prominent artistic feature. The entrance lounge with cloakrooms provided access to the cinema hall and the staircase to the balcony on first floor. The first floor also housed an office, another cloakroom and the caretaker's apartment situated in the rear.
The former cinema has been converted into a sports centre by means of a major reconstruction. The external appearance has been preserved to a large extent.