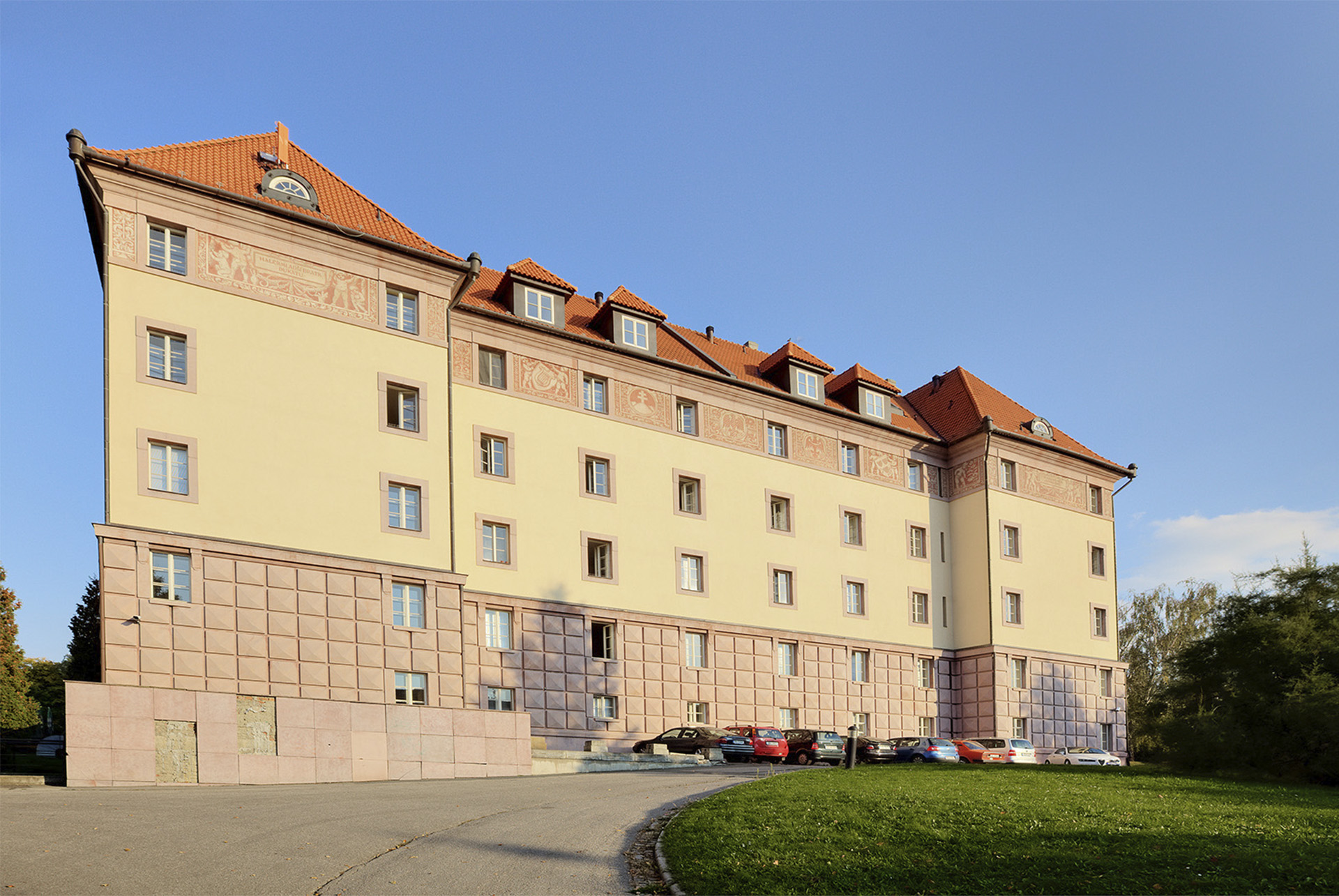 In the early 20th century and in the interwar period it was common for university dormitories to be funded by various associations and foundations, as the state did not have sufficient resources. In 1908, Count Václav Kounic donated his palace on Žerotínovo náměstí to the students of the Czech University of Technology and initiated the establishment of an association that would use the edifice to amass the financial resources necessary for the building of a residence hall for students. The building was designed by Karel Hugo Kepka, a professor at the University of Technology; the foundation stone was laid in Brno - Žabovřesky in 1922. Respecting Kounic's assignment, he designed the building as a multi-purpose facility with a cafeteria, gym, lecture hall and library. The building could be easily converted into an apartment complex after the completion of the planned university campus.
The closed layout and monumental mass of the structure refers to Baroque-style monasteries, this impression being further enhanced by the tall hipped roof and rustication. The upper part of the facade bears sgraffito decoration by Ladislav Novák. The main central entrance, formed by an antique-style portico, and the adjoining entrance lounge divide the U-shaped layout of the structure into two identical parts. The yard delimited by the residential wings conceals the mass of the gym accessible from the entrance area. The ascetic impression is enhanced by the narrow windows and poorly lit inner yard overlooked by students' bedrooms.
On 17 November 1939, the Kounic Residence Hall was seized by the Gestapo and 173 students were arrested and deported to the Sachsenhausen concentration camp under the pretext of illegal resistance activities. During the war, the residence hall was used as a prison where tens of thousands of Czech resistance movement members were interred; many were executed right in the yard or subjected to cruel torture during interrogations. These tragical events are commemorated by the memorial with the statue of the Patriot by Jiří Marek situated at the execution site, the travertine pylon Victory and the sculpture In a New Life situated in the garden of the residence hall. This place of reverence hosts a number of reunions of veterans and the bereaved of the murdered patriots. At present, the building serves its original purpose as a residence hall for the University of Veterinary and Pharmaceutical Sciences in Brno.