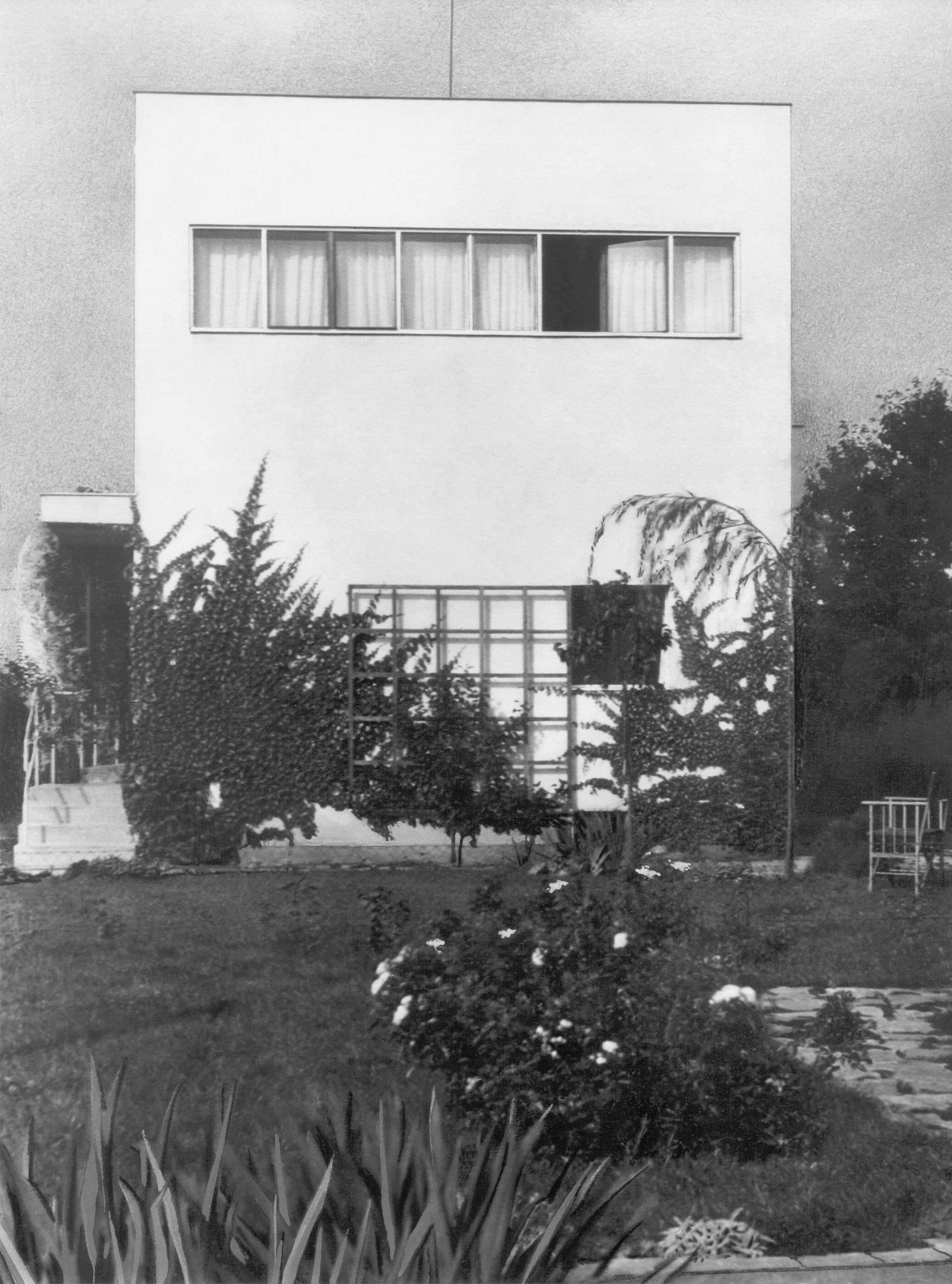 Kranz originally designed the house at No. 24 Alešova Street for Karla Ošťádalová, whom he married several years later. The villa consists of a sparing cubic volume with a minimum number of widows; the walls of the house were originally intended to be overgrown with vines. The wooden pergola, covered with growth, comprises part of the street front with a staircase and entrance landing on the elevated ground floor, where the main entrance is situated.
The ground floor held a spacious hall with functional zones such as the library, lounge and dining room separated by a mere curtain. A counter provided a connection to the kitchen and made it easy to serve food. A surrealism-inspired figural wall painting by Kranz was once located above the dining table. The spiral staircase ascending to the first floor represented another prominent feature of the otherwise inconspicuous interior. The first floor housed the guest room, bathroom and bedroom, which could be separated into two sleeping zones by means of a folding screen and whose ribbon window faces east.