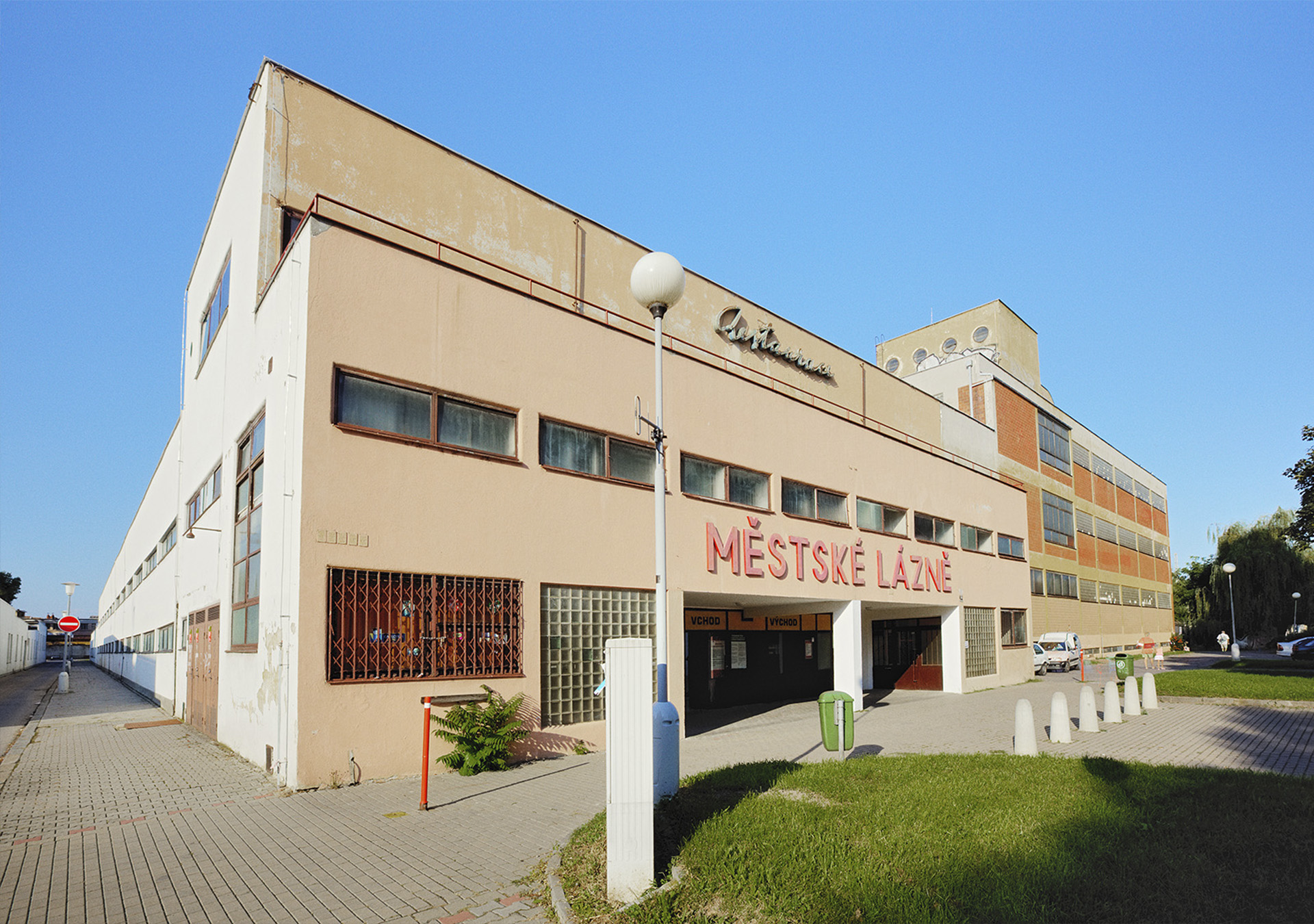 A mere third of all Brno apartments featured basic hygienic facilities in the 1930s. As such, Brno residents were forced to wash in public spas which, however, were few and far between, especially on the outskirts of the city. The municipal government therefore decided to build a network of spa buildings featuring mostly showers throughout the city in order to raise hygiene standards. The town announced a tender for a new spa in Brno-Zábrdovice in 1929 and chose the design by Bohuslav Fuchs, who had cooperated directly with the City Waterworks on the project. The total costs of the construction completed in 1932 were 7,500,000 Czechoslovak crowns.

The entire complex is composed around two open yards and occupies an area of 23,000 m²; the spa is divided into a summer and winter centre which form a united architectural and urban whole with a single entrance from Zábrdovická Street. The winter part was situated in a large, horizontally conceived two-storey building whose facade with a revealed ferro-concrete skeleton filled with plain brick draws upon an industrial aesthetic. The basement of the winter spa centre held operating facilities with automated water, steam and air distribution systems. The ground floor held steam and hot-air chambers with locker rooms and relaxation quarters. It also featured two pools with warm and cold water, 4 massage tables, 12 showers and a hydrotherapy facility. The mezzanine housed an inhalation department and a waiting room. The first floor featured an impressive entrance lounge with several flights of stairs, two conservatories, a barber and haidresser's as well as a restaurant. However, most of the area of the first floor was occupied by a spa with tubs situated in an elongated hall with separate cells on the sides. The second floor was occupied by showers intended for daily hygiene and a hall with the entrance to the sun relaxation terrace. All of these facilities were in operation year-round and were supplied with healing mud and water from thermal springs at the Luhačovice Spa.

The summer spa is linked to the entrance lounge by a wing of two-storey locker rooms for 5,000 visitors delimiting part of the complex. The transverse wing with the shower passes divides the spa into the northern part with swimming pools and stands and the southern part with a playground, sandpit and lawns. The roof of the transverse wing as well as the locker rooms held sunbathing terraces with wooden grid flooring. The quality of the water in the swimming pools was monitored by a number of professionals who used the laboratory situated in the spa centre. The outdoor spa was reconstructed in the late 1990s so that it could remain in operation in the summer season. The winter spa building, a favourite relaxation place for Brno residents until the 1980s, is closed at present and its poor technical condition continues to deteriorate.