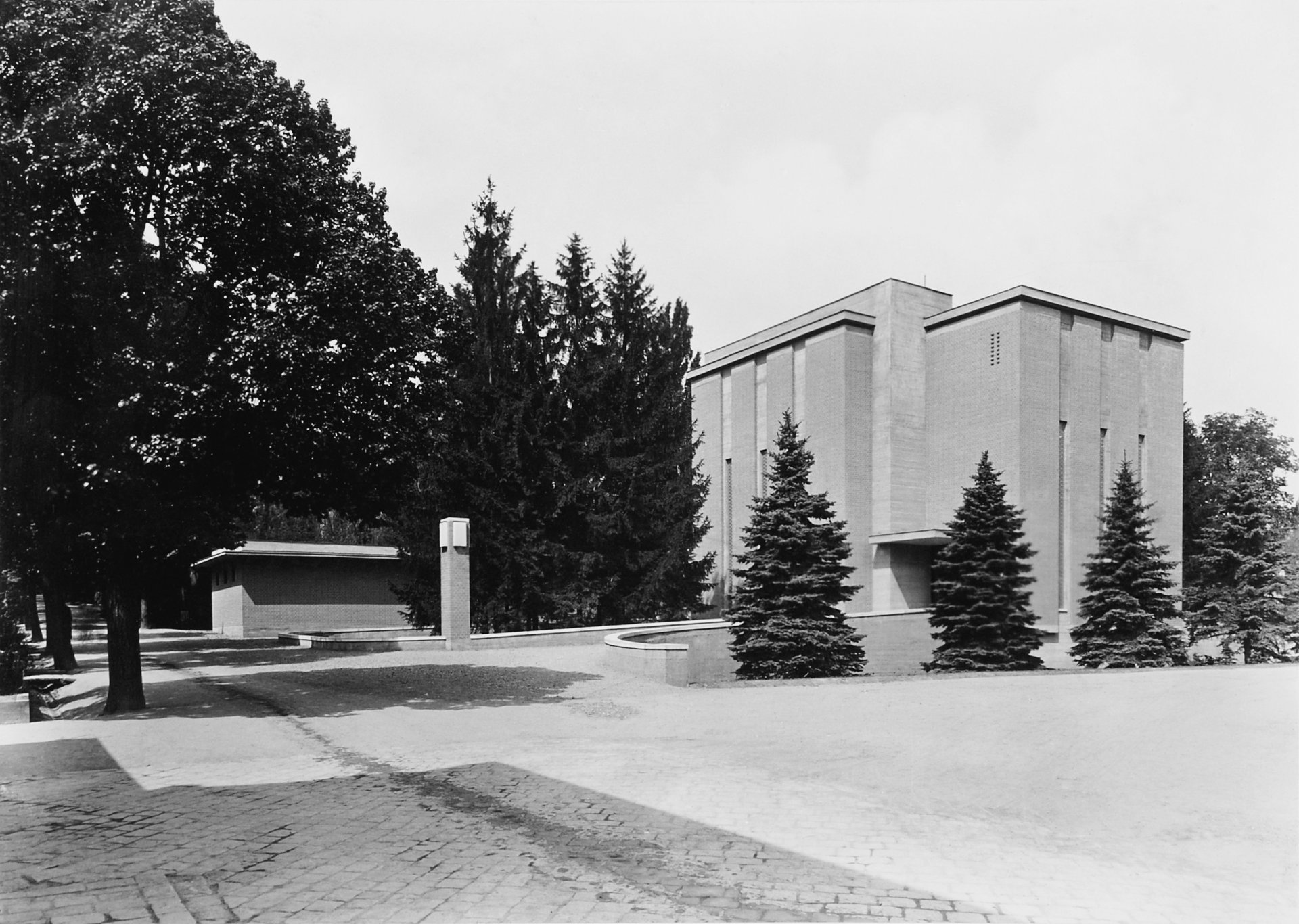 The municipal cemetery in Kounicova Street could no longer satisfy the requirements of the rapidly growing city of Brno in the late 19th century. Therefore, the municipal government decided to establish a new central cemetery inspired by Vienna's Zentralfriedhof designed by architect Alois Prastorfer in 1881. It was actually established two years later, after the city had managed to obtain more than 28 hectares of land from the village of Horní Heršpice. However, the cemetery had no ceremonial building until the early 1920s. Not until 1926 did the cemetery acquire a ceremonial hall, designed by Bohuslav Fuchs; a crematorium designed by Ernst Wiesner was built in the western corner of the cemetery several years later.
While designing the ceremonial hall, Fuchs was assisted by young architect Josef Polášek, who was then a new employee at the designing office of the Municipal Building Authority, managed by Fuchs. The architects situated the hall near both gates from Vídeňská Street. The volume of the structure consists of the slightly elevated cube of the hall with three risalits housing marble catafalques. However, the fourth risalit with two entrances on its sides and a platform for musicians was the most prominent of these. The interior of the ceremonial hall is segmented with twin protruding pillars in the inner corners, the vertical expression of which is enhanced by the narrow glass block windows flooding the interior with nearly cinematic lighting effects. The horizontal counterpoint to the hall is the rear service tract with a morgue adjoining the main building.
The exterior's alternation of smoothly plastered facade and bare brick fields accents the segmentation of the individual cubic masses. Its spatial and volume design refers to Unity Church by Frank Lloyd Wright in Oak Park, Illinois, which can be considered the model for the entire building.