Observatory and planetarium on Kraví hora 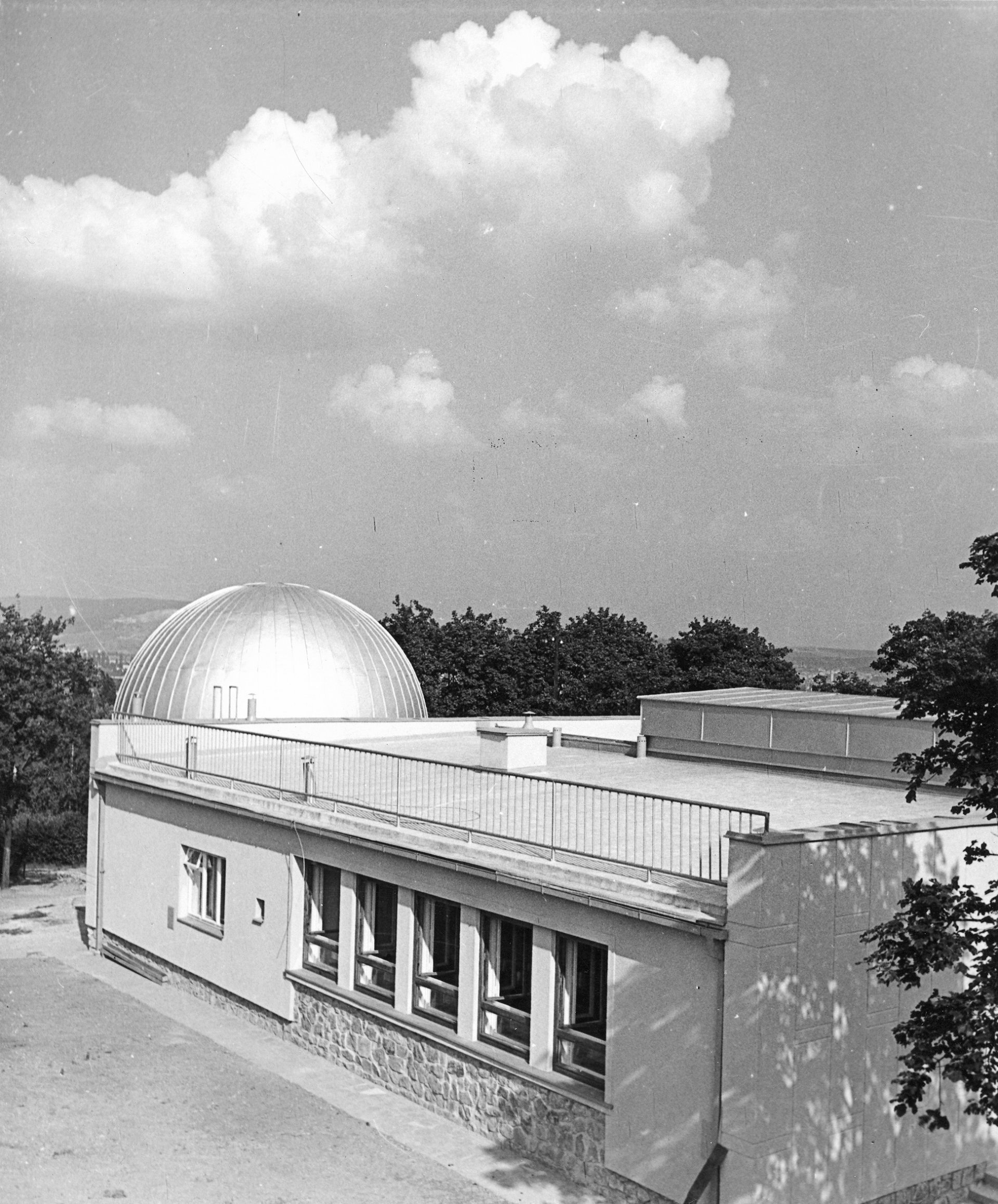 The observatory and planetarium complex on the hill Kraví hora has been at the centre of astronomical observation in Brno for several decades now. It is an amalgamation of a number of successive construction phases spread out over the second half of the 20th century. In the years between 1949 and 1954, at the highest point of Kraví hora, which is a green wooded hill with excellent views of the cityscape, two separate simple, cylindrical observatories, reminiscent of Romanesque rotundas, were the first to be built, based on a design by Jaromír Kurfürst. The southernmost located of the two was to be used as a public observatory and other, to its north, was to serve the scientific purposes of Masaryk University. Both were small buildings with sheet metal domes of 7 metres in diameter and were surrounded by hefty stone masonry corresponding to the similarly ornamented rounded walls of the terrace. The closed bodies of the observatories were broken only by several round barred windows. These were also placed in the protruding rectangular entrance area where the operating rooms were located, which was smoothly plastered on a high base.

In the late 1950s and early 1960s, the observatory complex was extended with a modest one-storey building according to a design by the architect Evžen Šteflíček. The building comprised a lecture hall for 70 people with offices and workshops, a terrace on the roof, and an organically connected planetarium. The main entrance, located directly opposite the original observatories, was set back a short distance away. The stone cladding of the areas below the windows was reminiscent of the first buildings. This popular observatory complex did not see any further expansion until three decades later. In the early part of the 1980s, the architect Jiří Janík drew up a design for a larger planetarium with an 18-metre high dome, and this was completed in 1991. In this case, the architect played with the effects of the differently composed elements of the observatory complex. It had distinctive cream and dark brown tile facades that open by means of segmented square windows with dark frames.

Between the years 2010 and 2011, the observatory complex was reconstructed under the leadership of the architectural design studio Rudiš and Rudiš. The earlier parts were successfully incorporated into a new arrangement which is strikingly dominated by the perforated sheet metal of the exterior. The small and the large planetariums have grown into one organism connected by a grand entrance hall. An observation roof terrace was built on a vacant site that was created after the demolition a small office annex that was closed to the public.