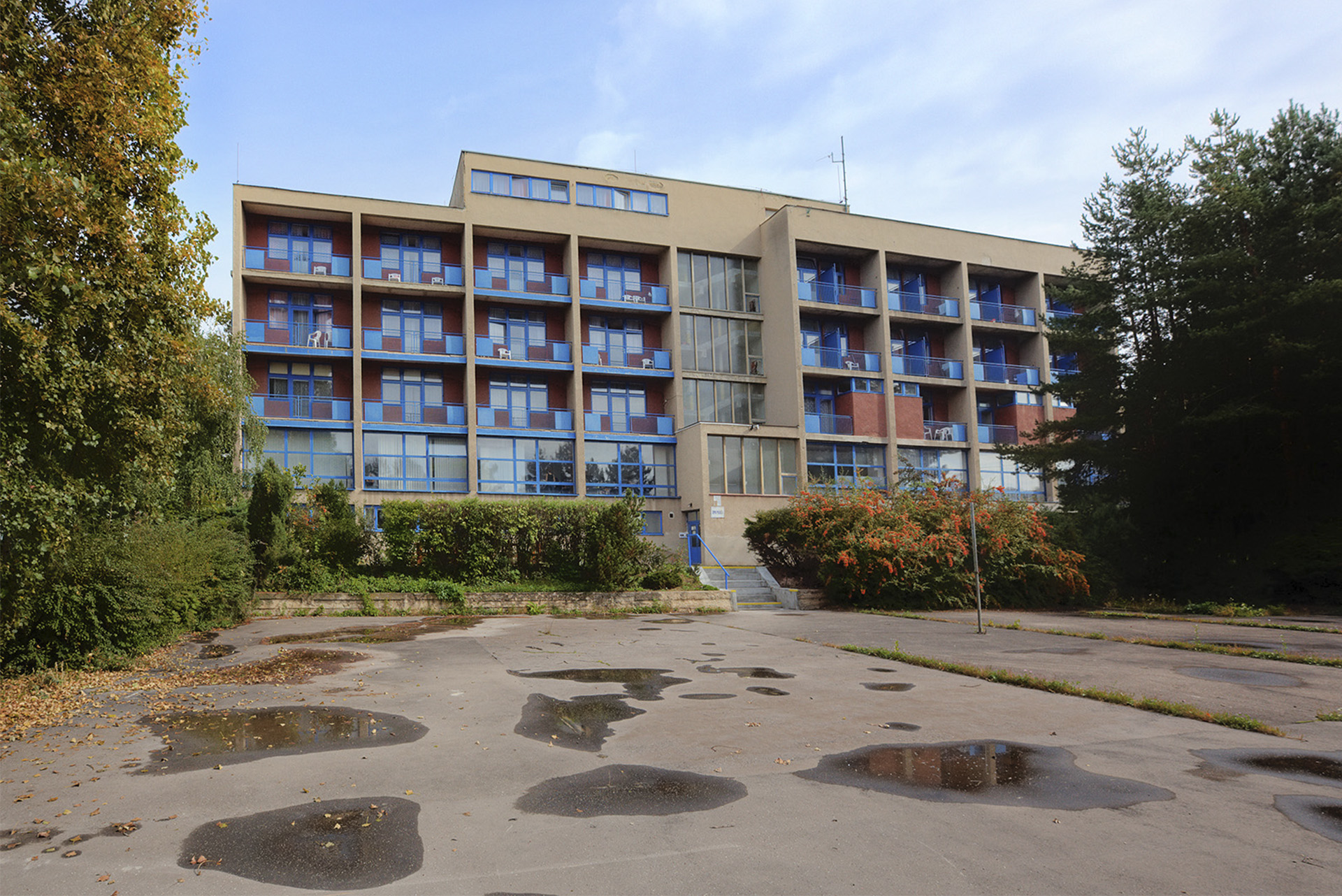 The Eliška Machová Home in Lipová Street is part of the Vesna Professional School for Women's Occupations built in 1930 according to the design by Bohuslav Fuchs and Josef Polášek. This boarding house for students bears the name of the influential Brno pedagogue and co-founder of the Vesna schools and the Female Sanctuary for Girls association, Eliška Machová.
Both buildings comprise a single interconnected complex. The design of the boarding house by Bohuslav Fuchs was consistent with the so-called Dutch system, where the support function is transferred from the peripheral to the shorter transverse walls. The cost-efficiency and speed of this system was so high that the rough construction of a single story with bedrooms only took about six days.
The boarding house consists of two perpendicular six-story blocks. Each floor features several types of bedrooms with different numbers of beds, including private and shared sanitary facilities. At the same time, the floors also housed common rooms such as libraries, reading rooms and clubrooms. The Dutch structural system is best visible on the southern facade with the loggias consisting of protruding support walls that ensured sufficient light for the rooms. Their color design inspired by the principles of the Dutch De Stijl group enhanced the esthetic effect of the facade.