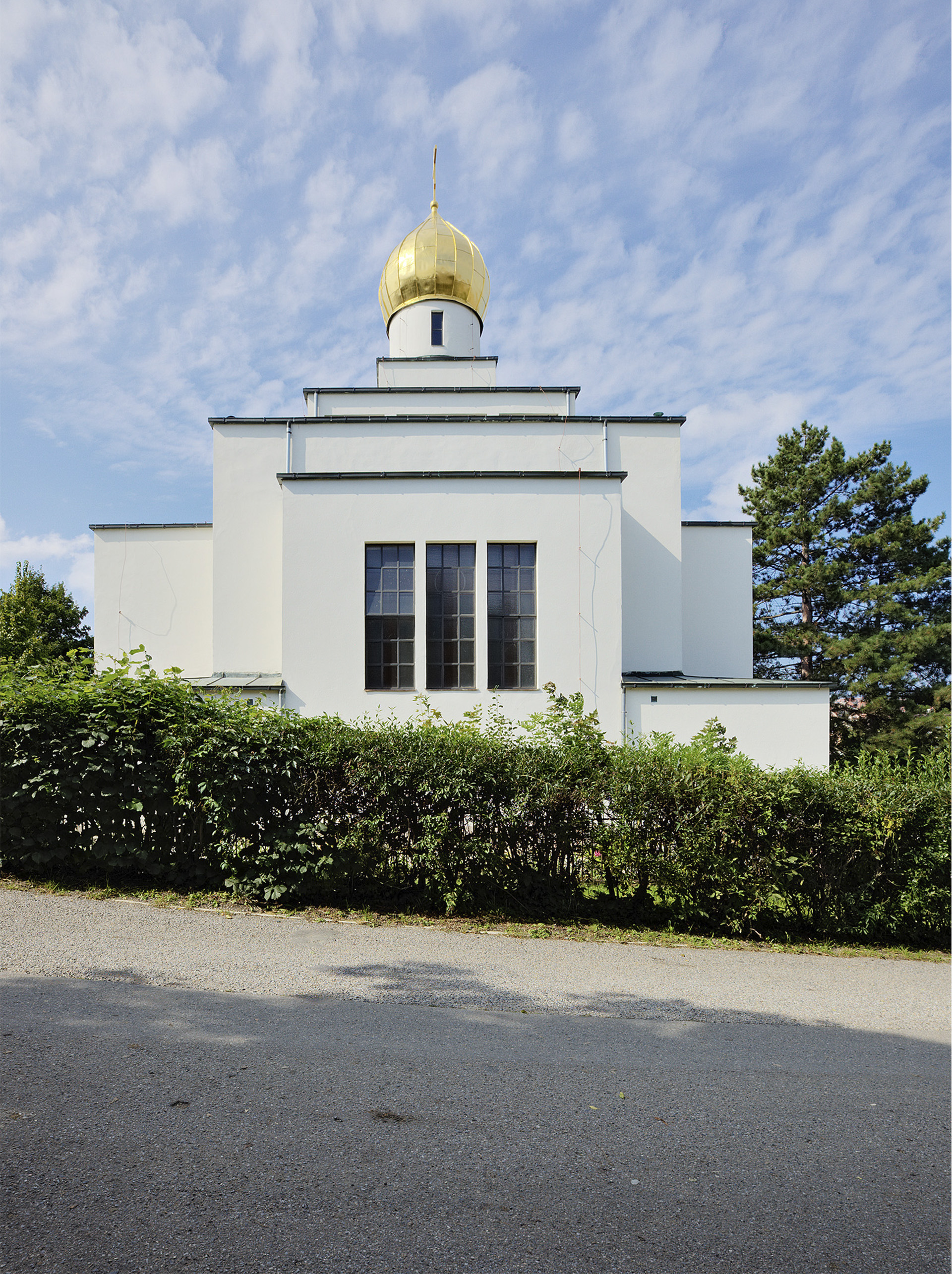 The Brno parish of the Czech Orthodox Church was founded in 1924. At that time the Orthodox wing broke away from the newly formed Czechoslovak Hussite Church, whose radically liberal course was in a  steep contrast to the original orientation of the Serbian Orthodoxy. The Brno parish first used areas at grammar school in Husova Street as their house of worship; however, it soon sought to build its own church. In 1929 the church purchased a site on a slope below Špilberk Castle and gathered sufficient resources for the construction of the temple, nearly half of which was donated by church patron Pravomila Studená.
The design of the church was prepared free of charge by Russian architect Petr Levický, who was one of the first graduates from the Brno University of Technology. His design of the sacral building is based on traditional typology and is inspired by Byzantine models; at the same time, he strives to achieve maximum simplicity of forms as is manifested by the geometrically conceived facade. The rectangular ground plan features the shape of the Greek cross, the base of the main shrine, which is graded at the top and capped with a small onion dome. The exterior shows the traditional additive composition, the most prominent feature of which is the protruding mass of the central cube with the adjoining identical prisms of the entrance hall, altar area and side aisles with windows. The internal central area features an iconostasis in the east-facing presbytery and a choir above the entrance.
In 1942 members of Czechoslovak anti-Nazi resistance movement assassinated Reinhard Heydrich, the acting Reich protector. The parachutists who carried out the attack were subsequently offered refuge by Bishop Gorazd in the Orthodox church in Resslova Street in Prague, where they were hunted down by the Nazis. This triggered off not only an overall persecution of the Czechoslovak population, but also the abolishment of the Orthodox church in the Protectorate, the confiscation of its property and the execution of a number of its priests. The Brno church was shut down in 1943 and the church did not renew services in Czechoslovakia until World War II had ended. The 1990s saw a new belfry tower with a baptistery erected near the church; the church cladding was reconstructed and the cupola gold-plated in 2003.