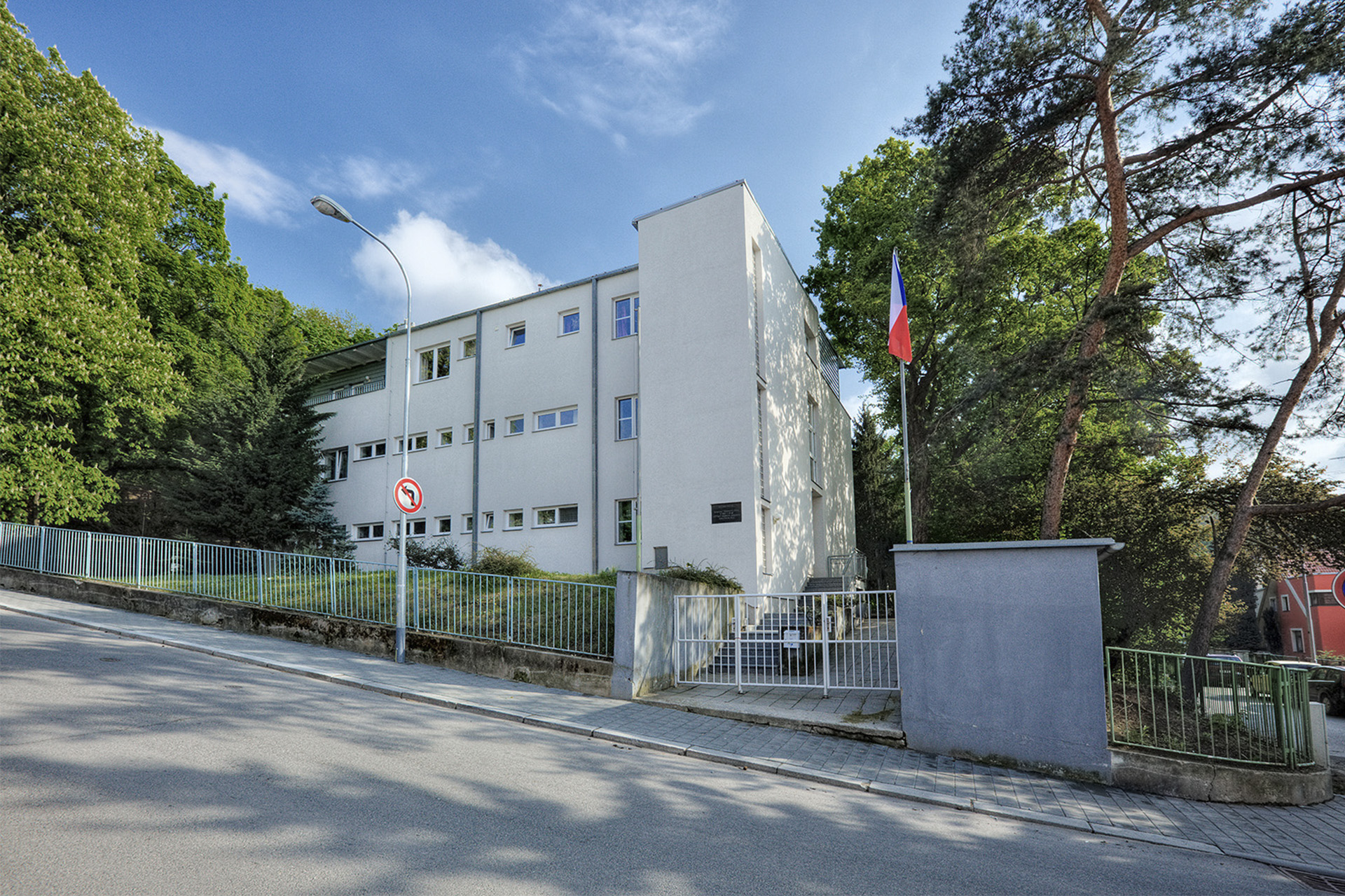 The Dagmar Children's Home was founded by writer, journalist, poet and playwright Rudolf Těsnohlídek. While strolling in the woods with his friends in nearby Bílovice in December 1919, he found a baby left under a spruce tree. Deeply disturbed by this discovery, he felt the urge to organize care for abandoned children. On 14 December 1924 his efforts resulted in the raising of the first Christmas tree with a money box for voluntary contributions for the abandoned children care fund on Brno's náměstí Svobody. By 1928 these Christmas fund campaigns had collected sufficient financial resources for the building of a children's home, which was named after Dagmar, Queen of Denmark and daughter of Přemysl Otakar I., who was well known for her care for the poor.
The home was built on land in Brno - Žabovřesky, near the Wislon Wood, and Bohuslav Fuchs designed the building free of charge. The mass of the two-storey building consists of a plain block. The central corridor divides its layout into three tracts. The street is overlooked by the narrow ribbon windows of the service areas, while the large windows of the bedrooms and corner balconies of the club rooms face the garden.
Fuch's simple layout served its purpose for many years. However, the 1980s saw a change in the concept of the children's home operation and the traditional system of group bedrooms was replaced with a family-like system with a maximum capacity of 25 children divided into three groups (families) with their own bedrooms, kitchens and sanitary facilities. These concept changes also required structural modifications in the interior of the house. The last large reconstruction took place in 2006; great emphasis was placed on preserving the original exterior of the building. Nowadays, the home is a state-funded organization providing substitute care for juveniles placed there on the basis of court decisions for disciplinary or protection reasons.