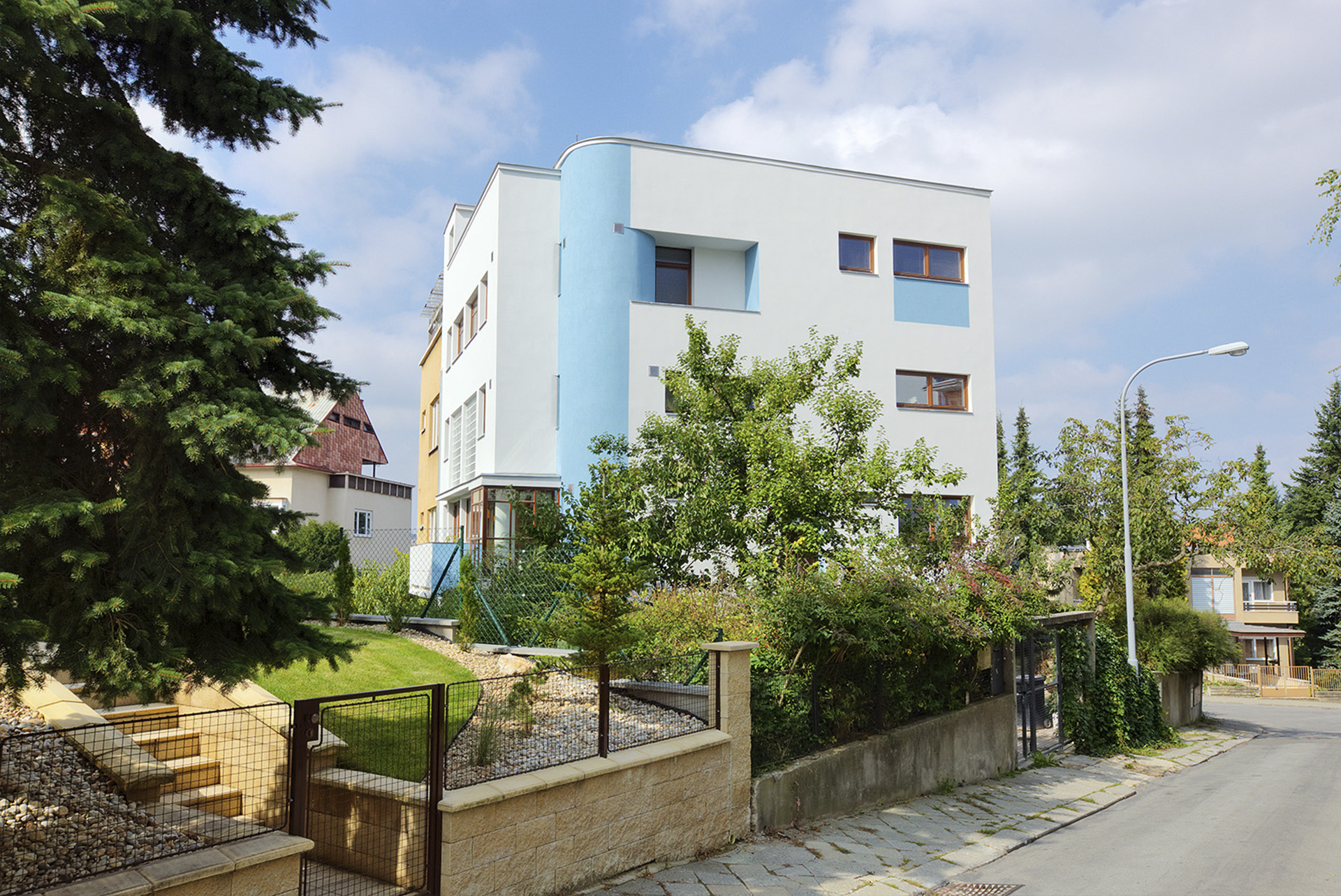 Bohuslav Fuchs, already a renowned architect, decided to build his own villa near the Czech Officers' Quarter in Žabovřesky in the second half of the 1920s.
The two-storey villa forms an urban complex with the neighboring house on the corner of Hvězdárenská and Tůmova streets. The twin opposite staircases splitting the cubic mass of the structure into two parts with different height levels is the key layout feature. The main entrance from Hvězdárenská Street is linked to the staircase providing access to the architect's studio and office on the first floor. The spiral staircase at the back connects the residential area on the ground floor to the library on the gallery, the private second floor and the roof terrace. Fuchs emphasized the cutting-edge technical furnishings of the house, such as the Frankfurt type kitchen designed by Austrian architect Margarete Schütte-Lihotzky. This room is equipped with the latest kitchen equipment, to which Fuchs added a credenza that could be opened from both sides, thus enabling meals to be served directly from the kitchen to the dining room. The house featured mainly built-in furniture made according to Fuchs' own designs. The residential hall with the gallery open across stories and lit by the glass balcony door and glass block walls is the most impressive of the interior areas. The idea of the hall draws on Le Corbusier's concept of an open living area, which is ideally oriented and lit through a glass wall, as is specified in his design of the Citrohan House.
In 1929 Fuchs resigned from the position of the main city architect and continued to work in his private studio. As the capacity of the studio he had in his own villa was no longer sufficient, he connected the villa to the neighboring house, where he set up a large design studio. Fuchs' villa has recently undergone reconstruction which disrupted its former subtle grace by replacing the windows and adding thermal insulation to the facade.