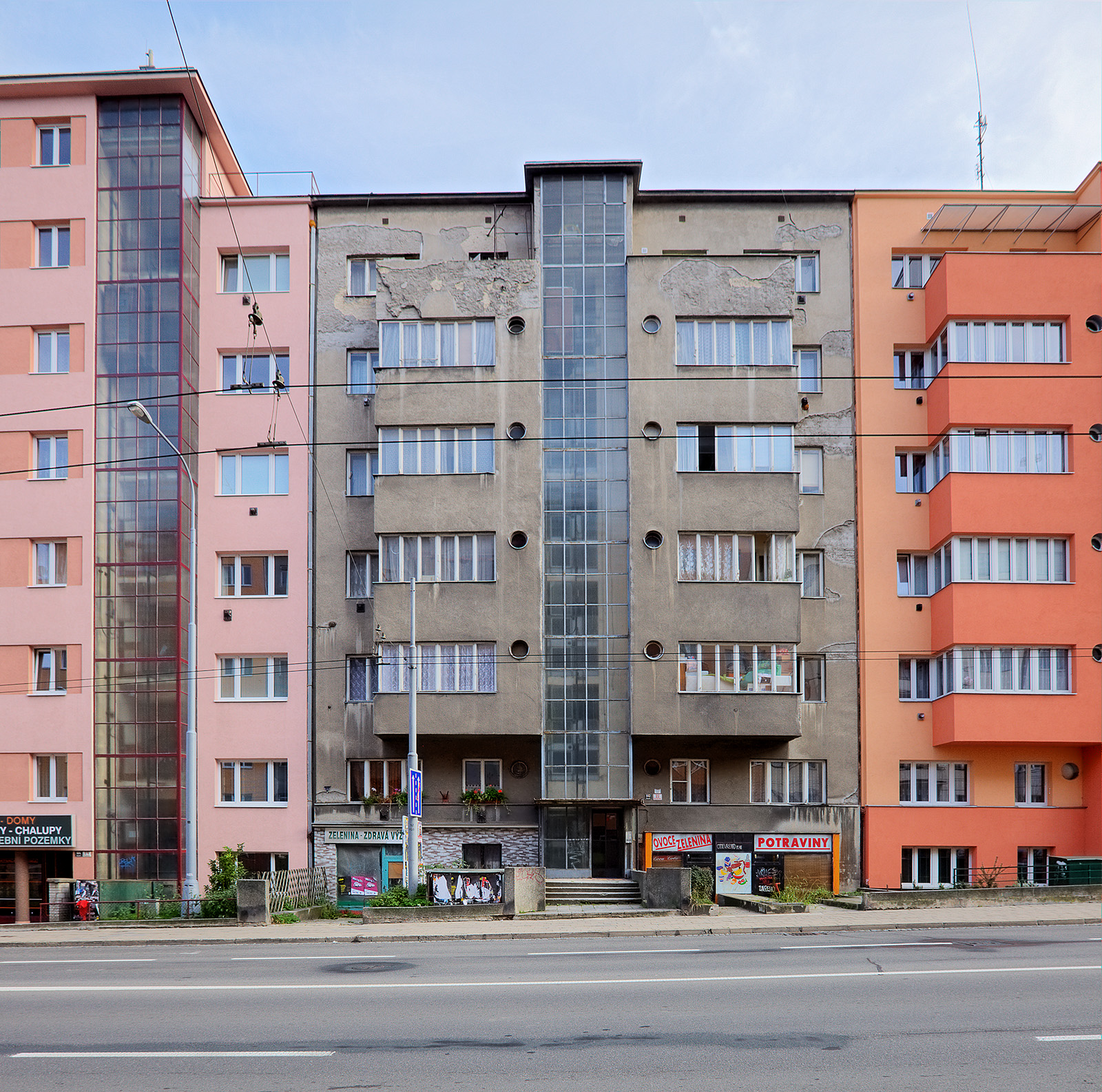 After graduating from the Czech Industrial School in Brno and gaining several years of experience as builders, Václav Dvořák and Alois Kuba decided to set up their own building company in the late 1920s. They first focused on small individual residences for financial reasons and became well-known later for their numerous apartment buildings in the Veveří district north of the city centre.
The complex of apartment buildings on the corner of Kotlářská and Botanická streets, later adjoined by buildings in Bayerova Street, was one of their first large-scale projects. From the very beginning of their joint enterprise, both builders emphasized fine detail and design provided by Alois's architect brother Vilém. Their structures featured numerous innovations concerning layout and technological equipment. The houses were equipped with central heating, elevators were standard in buildings with at least three stories, studios had their own sanitary facilities and apartments were equipped with home phones and waste chutes.
The commercial spaces on the ground floors were an important feature of the buildings in Kotlářská, Botanická and Bayerova streets. The house at No. 22 Kotlářská Street also housed the Dvořák and Kuba design studio, which closed at the beginning of the 1930s. The builders continued to produce high quality architecture on their own. However, a number of their houses have been spoiled by unsuitable changes and facade insulation. The subtle window frames have been being replaced with robust plastic windows, and the unity of the street facades has been disrupted by various shades of pastel colours. The opaxite claddings and atypical staircase windows are also disappearing.