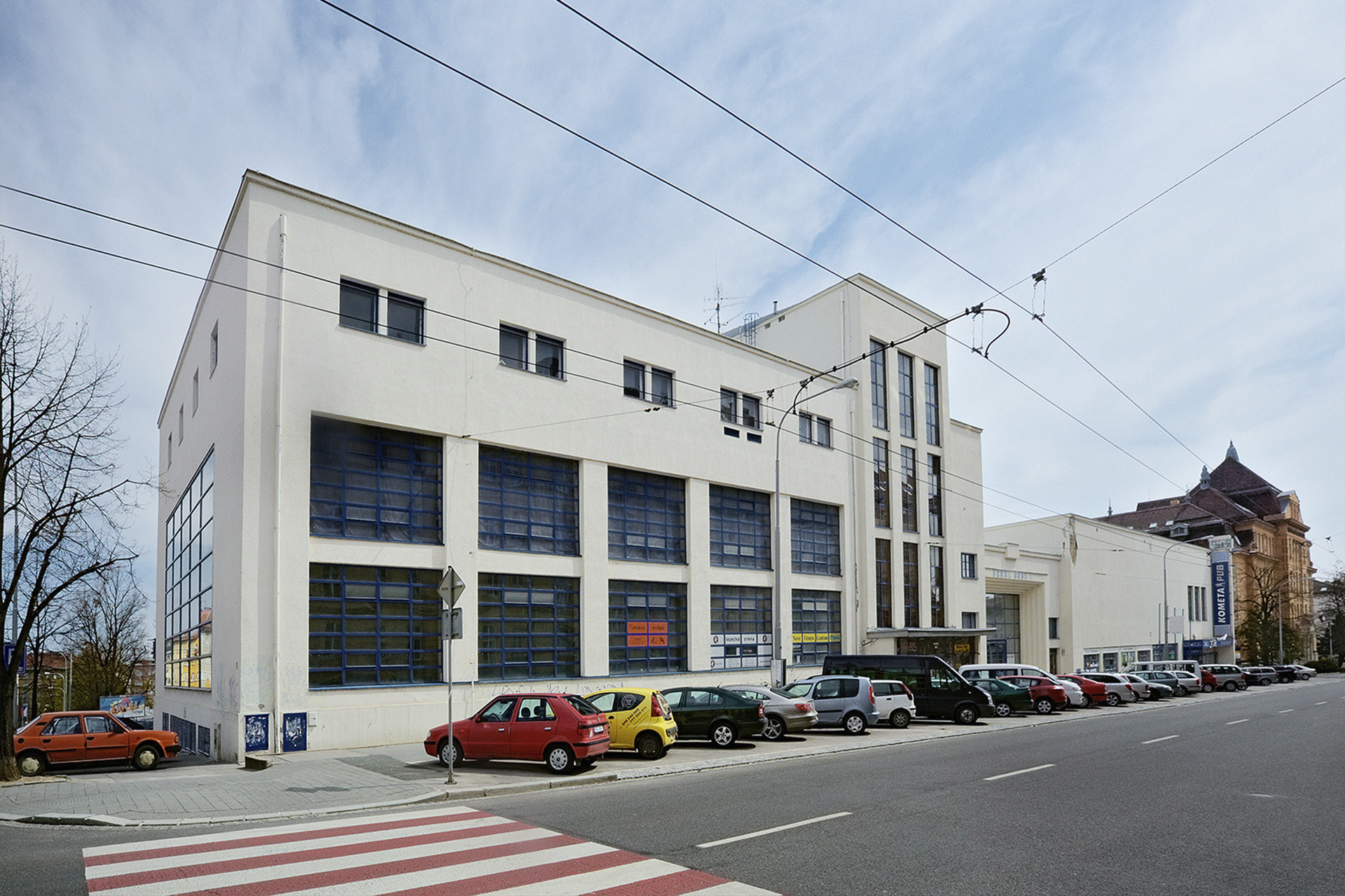 In 1922, on the occasion of the 60th anniversary of the founding of Sokol, a physical exercise association, the new outdoor stadium was ceremonially opened in Kounicova Street. A year later, the stadium was adjoined by a hall where Brno fairs took place, as the authorities kept postponing the building of the Brno exhibition centre. After the final decision to build the new exhibition centre on Bauer ramp in Pisárky was made, the city donated the exhibition hall to the Sokol organisation and the association's general meeting voted to build a new gym and social centre with all necessary facilities near the hall. The association invited architects Jindřich Kumpošt, Antonín Blažek and Miloslav Kopřiva to submit their ideas. The jury chose Jindřich Kumpošt, whose design included the gym and the hall as two separate buildings. However, the architect was, for technical reasons, unable to complete the project in time, so he agreed to let Miloš Laml take over the entire contract.
Laml connected the sporting and social operations by means of a single-level entrance hall whose monumental portal with a keystone formed a ceremonial gate with a view of the outdoor sporting grounds. On the left was a women's gym whose large windows looked out on the street and which was adjoined by another building with a men's gym. The right-hand part of the complex housed two storeys occupied by a social hall (the original volume of the exhibition hall), cinema and restaurant with a spacious terrace outside. The overall impression the building from 1929 gives corresponds to the functional concept underlying the plain structures favoured by functionalism. The monumental entrance portal is the only decorative element; the further planned relief decorations on the facade or fireclay cladding were never implemented for financial reasons.
The building of the present-day Stadion social centre has always been an important meeting place and a facility for cultural events for all inhabitants of Brno. However, the interiors received a number of unsystematic modifications; a ball game hall was added to the inner yard, converting these originally ceremonial grounds into an operational facility. At present, an extensive reconstruction of the entire complex is being prepared and should restore some parts to their original condition.