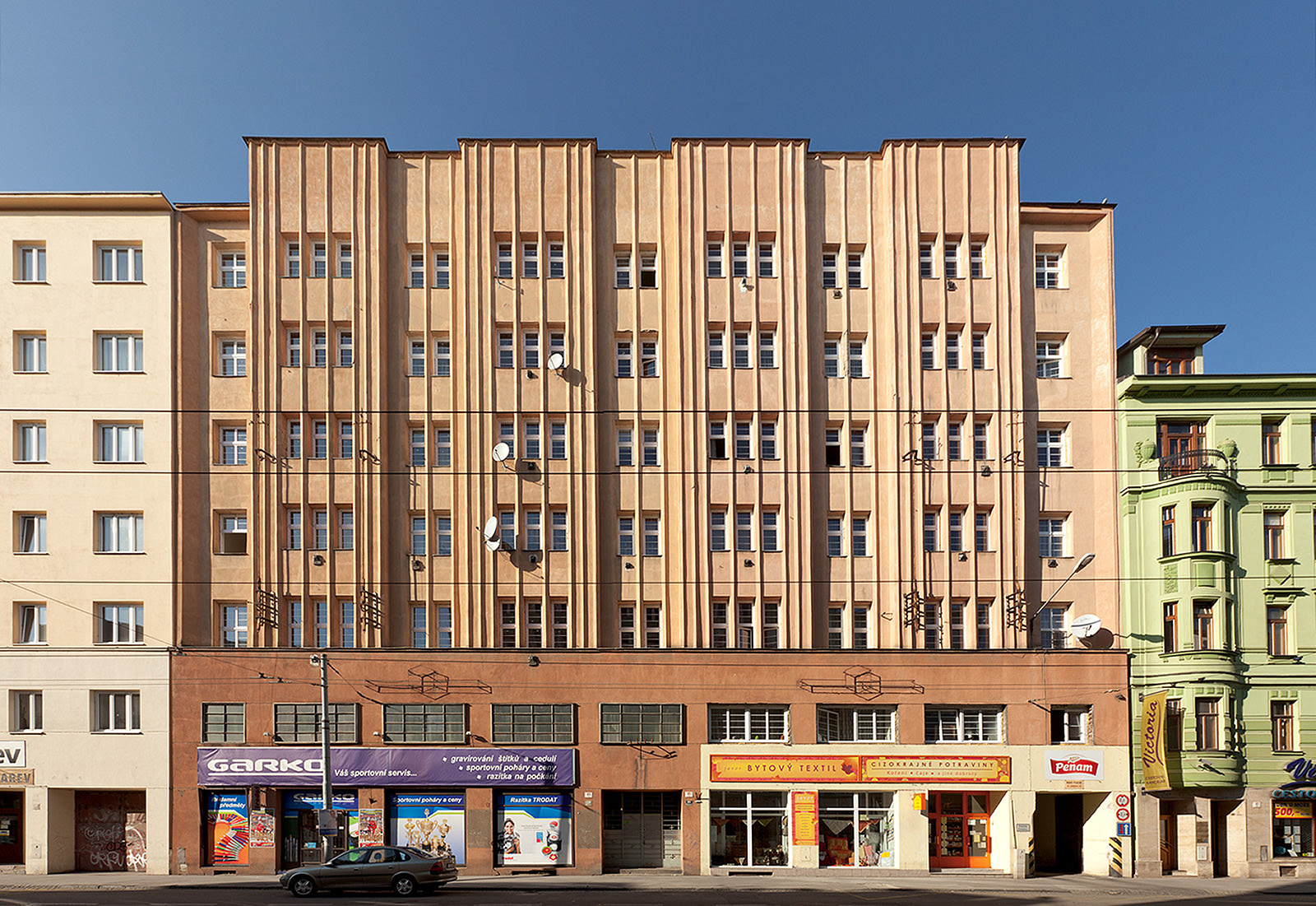 Founded by a group of bakers in 1907, the Workers' Bakery, Confectionery and Gingerbread Factory had rather humble beginnings. However, its importance gradually grew and in the mid-1920s the company could afford to buy plots in Cejl Street to build a cooperative apartment building with a bakery. By that time, Dělpe had become one of the largest and best equipped bakeries in Moravia.
The design of this multi-purpose building was assigned to František Václavek and Eduard Göttlicher. The frontage of the seven-storey edifice consists of the base of the commercial ground floor with large display windows and grid windows of the first floor, where the bakery was apparently located. The facade of the upper residential floors is segmented by four shallow risalits, fine lesenes and narrow windows, which have recently been replaced with plastic ones.
It is easy to recognise the influence of the German expressionism Eduard Göttlicher brought home from his studies with architect Peter Behrens. However, František Václavek's contribution is no less significant, as is evident in one of his perspective study of a corner administrative building that was never built. The dense lines of lesenes ending in sharp points in the roof attic render an even more expressive effect. The monumental scale and the draftsman's restless hand invoke the impression of a bustling urban environment.