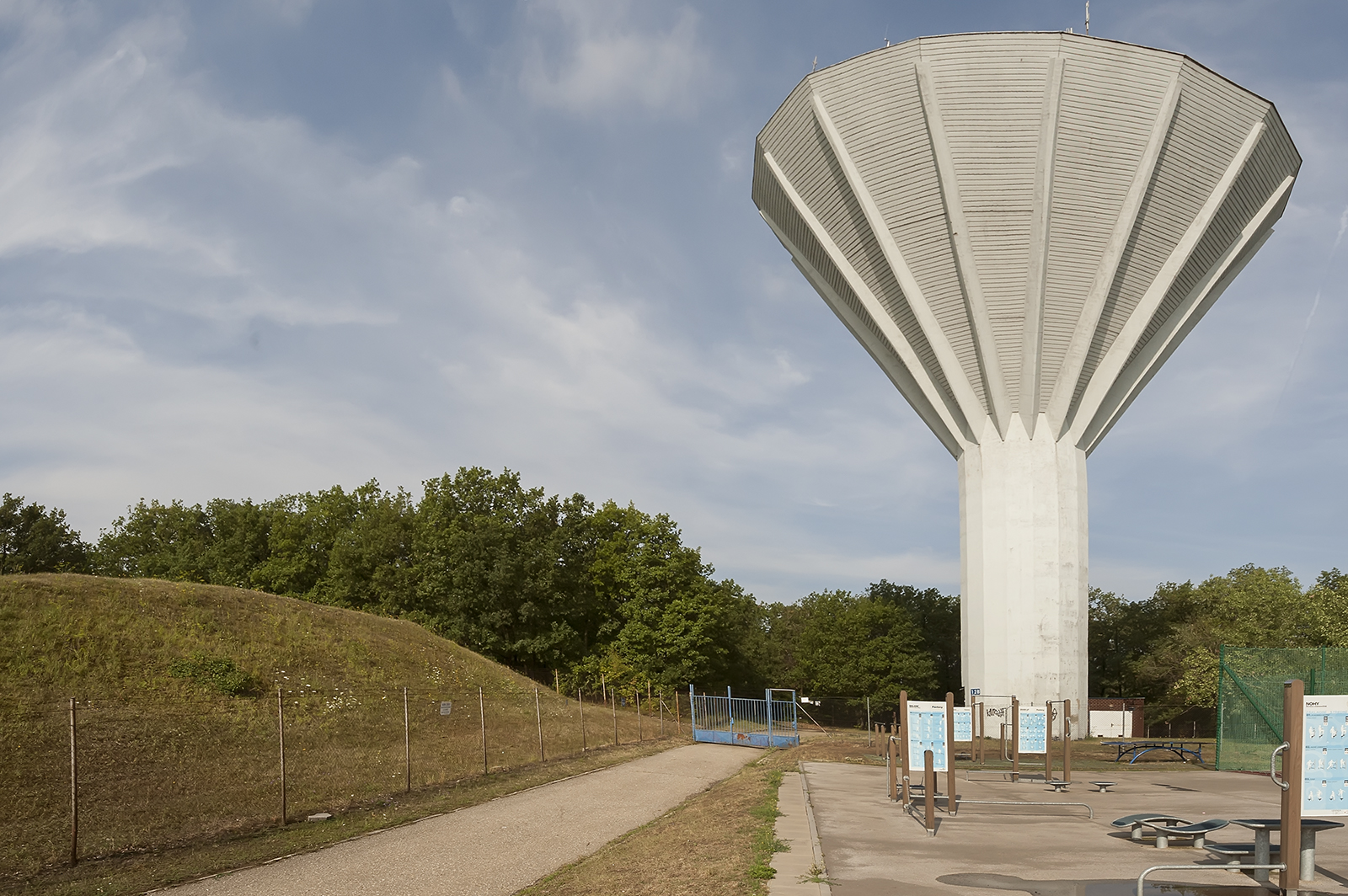 More photos (3)
The construction of the large housing estates in Kohoutovice, Nový Lískovec and Bohunice was preceded by the building of the necessary infrastructure for electricity and water. For this particular type of object, no other quality than its technical and functional utility was expected, although a number of well-designed water management facilities by Sigma Engineering Olomouc at the end 1960s and beginning of 1970s proved notable exceptions. The author of this design was the Brno architect Tomáš Černoušek, a graduate of Brno University of Technology, where he studied under Bedřich Rozehnal and Bohuslav Fuchs. He spent a large part of his professional career working for Sigma and that helped him develop the architectural concept of the Kohovovice water tower, which continues in the tradition of outstanding works of civil engineering in the Czech lands.
Černoušek was an erudite architect, having studied literature and the theory of art privately with the philosopher Timotheus Vodička, and he also travelled around Europe to study. It is quite probable that he somehow came across the first water tower, which was built in 1958 in the Swedish town of Örebro to a design by Sun Lindström. This tower was given the sobriquet swampen [mushroom] and the term is also used to refer to water towers that began to spring up in other parts of the world. However, due to the wider angle at the bend and the flat roof, the Kohoutovice tower bears greater resemblance to a chalice than a mushroom. This symbolism was certainly closer to Černoušek’s spirituality. Be that as it may, this open chalice form became a striking new landmark on the skyline of Brno.
The tower is also deserving of attention from a structural and technical perspective. The capacity of the tank is 700 m3 and stands 30 metres high in order to create the necessary hydrostatic pressure. The shaft of the reservoir was formed by pouring concrete into a moveable formwork in situ. A steel structure was built on it, onto which prefabricated gills with panels were gradually attached. The expressive triangular gills and edges of the shaft are reminiscent of cubist buildings by Pavel Janák, Josef Gočár and Emil Králíček. The water tower’s form and significant presence on the skyline of the Kohoutovice housing estate make it one of the most iconic buildings in Brno.
RK