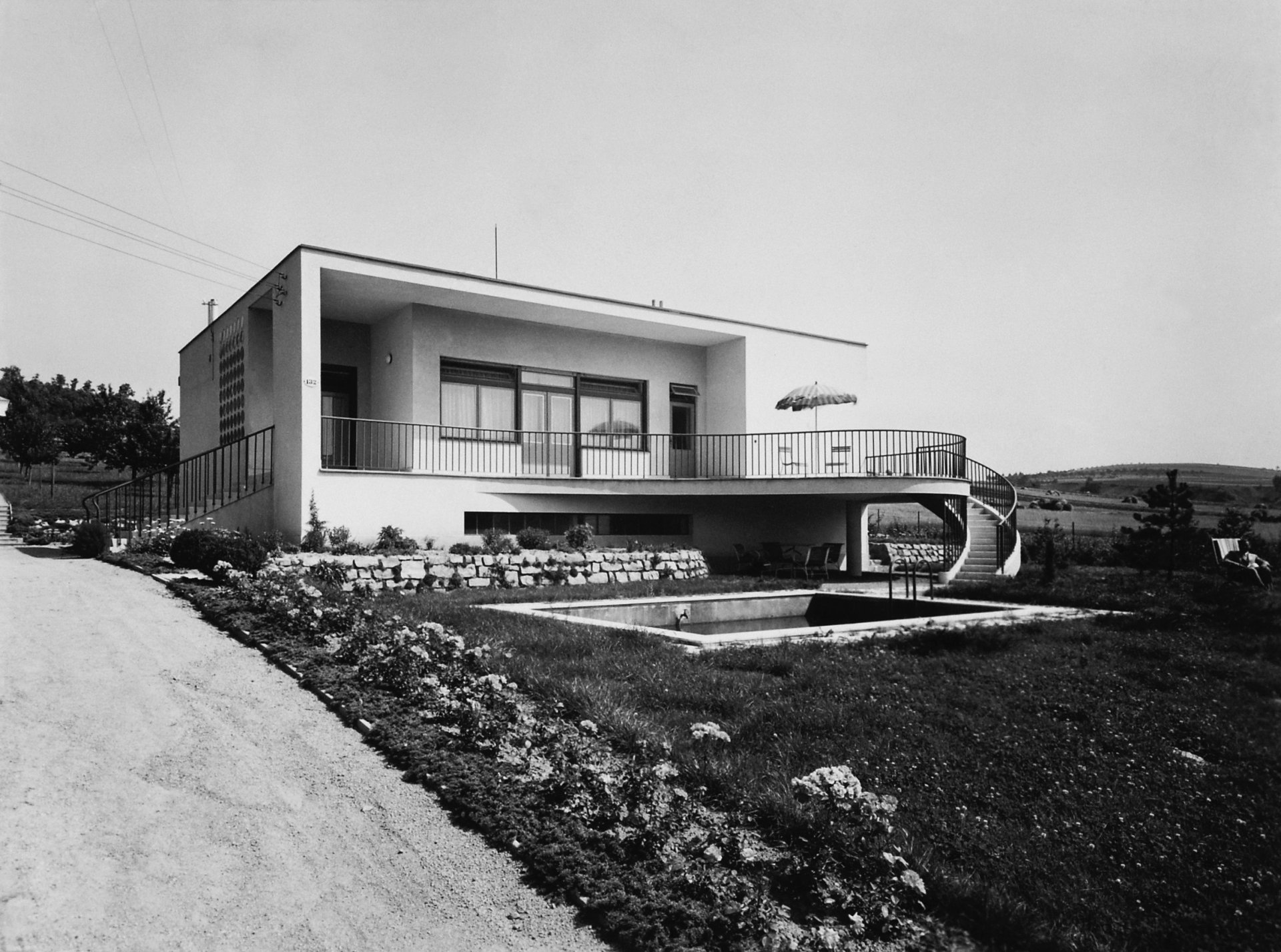 Josef Polášek built the weekend house in the village of Bystrc (part of Brno today) for JUDr. Vojtěch Kyjovský, attorney and politician, in 1936-37. The building enjoys a unique position within Polášek's work not only for its purpose, but also its curved forms drawing upon organic functionalism. The two-storey cubic volume of the structure is dominated by the curve of the garden terrace and spiral staircase connecting the raised residential ground floor with the garden and swimming pool. The architect situated the garage, janitor's apartment and storage areas in the basement; the elevated ground floor served as the Kyjovský family's and their guests' residence. The entrance hall in the upper part of the house is lit by round glass blocks and leads to the living room facing south towards the garden terrace. The windows of the kitchen, bathroom and the housemaid's room face north. A narrow corridor runs into the terrace and separates the residential rooms and the relaxation zone containing four bedrooms facing east. The partially preserved interior was designed by Josef Polášek and architect Jindřich Halabala and manufactured by the United UP plants and Thonet Mundus. The Kyjovský family was forced to sell the house in the 1960s. The new owners gradually built up the free area under the terrace, which was originally a relaxation space by the pool. However, the planned reconstruction should restore the house to its original condition.