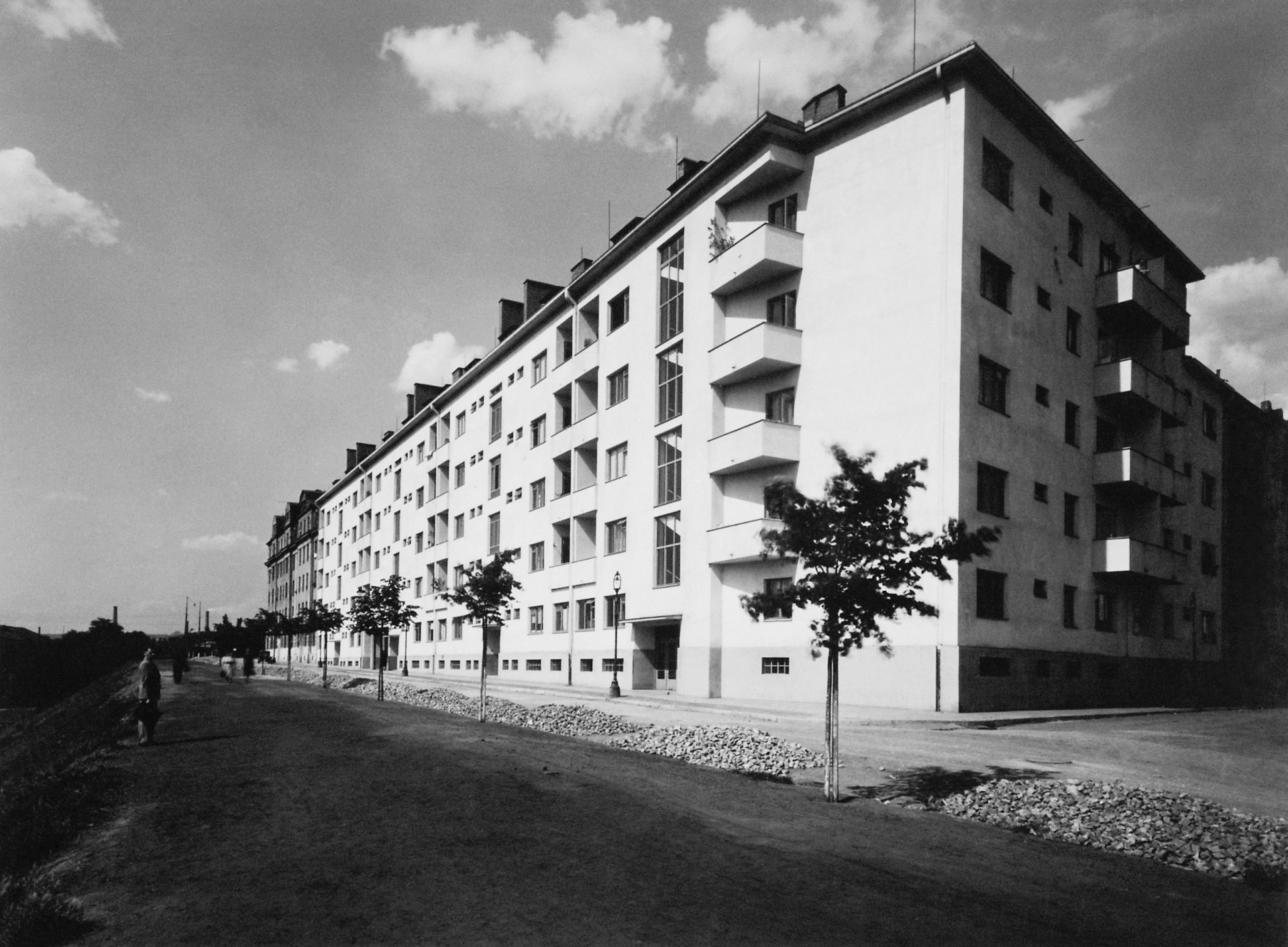 Brno launched the "1,000 flats for the poor" initiative based on the amendment to the Building Act of 1936, which made it possible to receive state subsidies for building apartment units up to 34 m2. The first stage in 1936-37 resulted in the construction of blocks with minimal apartments in Renneská, Havlenova and Kuldova streets. In a sense, the construction of four houses designed by architects Josef Polášek and Vilém Kuba in 1937-38 with small apartments in Zvěřinova Street on the bank of the Svitava River was this initiative's denouement.

The four-storey buildings are linked to the older historicist development in the street by both the height of the buildings and the urban concept. The fronts of individual residential sections are symmetrically segmented by the cut-out loggias and differently sized windows of the residential rooms and sanitary facilities. The uniform design of the street facade is disrupted by corner house No. 11, which is set back obliquely from the street line and whose facade is dominated by the vertical line of the staircase window. Unlike the other three buildings, this house features galleries. Each floor of these houses contains one studio flat and four apartments consisting of a hall, kitchen (with parents' beds), a small room with a balcony (children's bedroom) and a bathroom with a shower and lavatory. Each apartment also had a cubicle in the basement.

The original uniform white colour of the facades has been replaced with shades of ochre and grey, and the residential capacity has been increased by the addition of attic apartments. The original windows were replaced as early as the former regime; however, the unique staircase window of the corner building remained until the recent reconstruction.