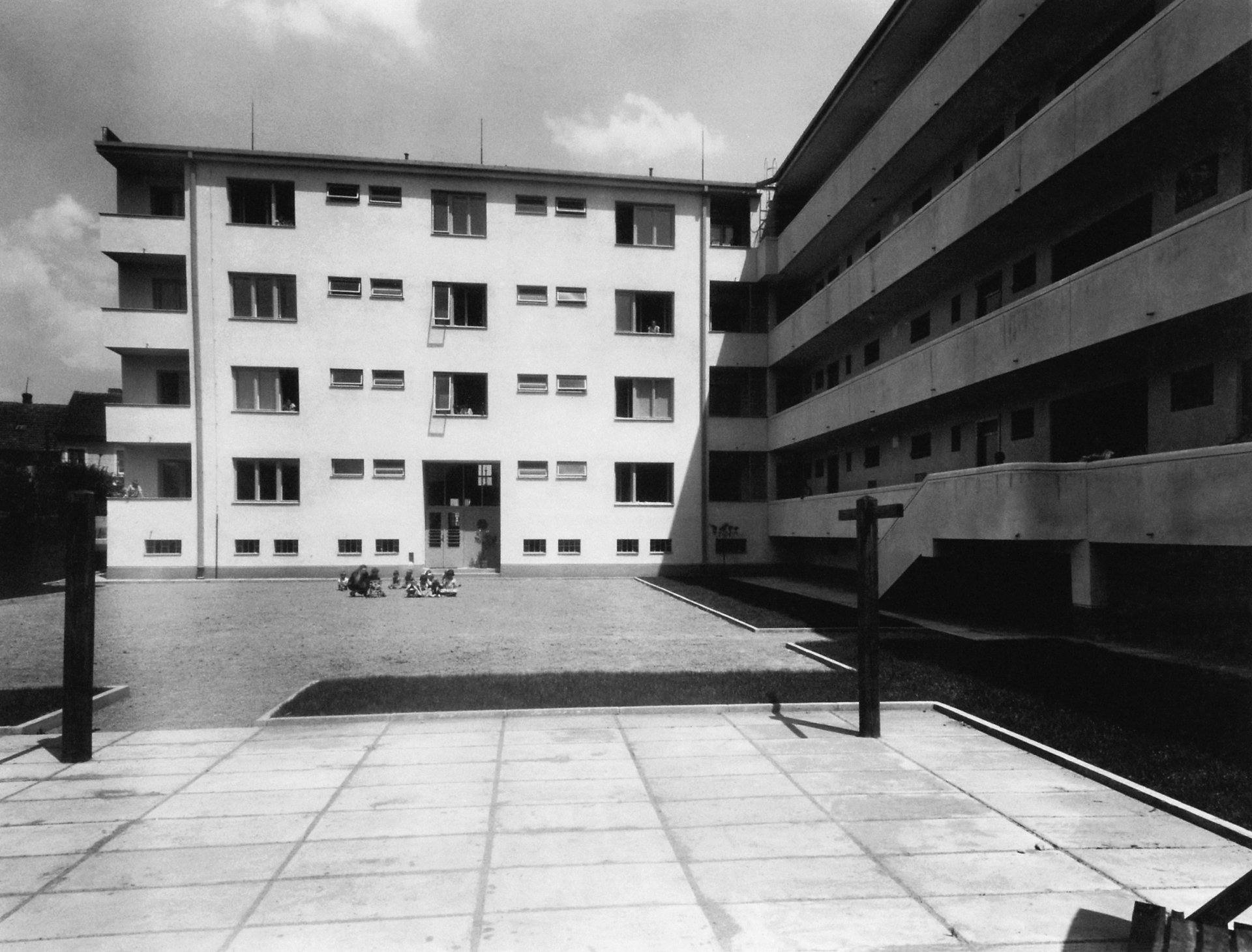 In 1936 a new building act was enacted in an attempt to address the continued lack of affordable housing by means of subsidies. Brno officials decided to make use of allowances and add new buildings to Fuchs' older complex with small apartments built in Husovice.
Two four-storey buildings with minimal apartment units designed by Josef Polášek in 1936-38 are directly linked to Fuchs' buildings on Svitavské nábřeží, and their L-shaped ground plan delimits an inner area occupied by children's playground. The street frontage of the house on the bank of the Svitava River was originally segmented by balconies made of brick; these were later replaced with a protruding steel structure. The central location of the plain main entrance is enhanced by the rectangular windows of the staircase. The inner yard facade is segmented by lines of galleries providing access to all apartments. Each floor housed six apartments units consisting of a small hall, a living room/kitchen with a balcony, a bedroom and a bathroom with a shower and a lavatory.
The house in Dačického Street is perpendicular to the building with the galleries and its apartments (4 on each floor) are accessible from staircase landings. The loggias of small bedrooms adjoined the living room/kitchen are cut directly into the corners of the street and yard facade. The apartments met all of the standard hygienic requirements of the time, including separate sleeping quarters for children and adults.