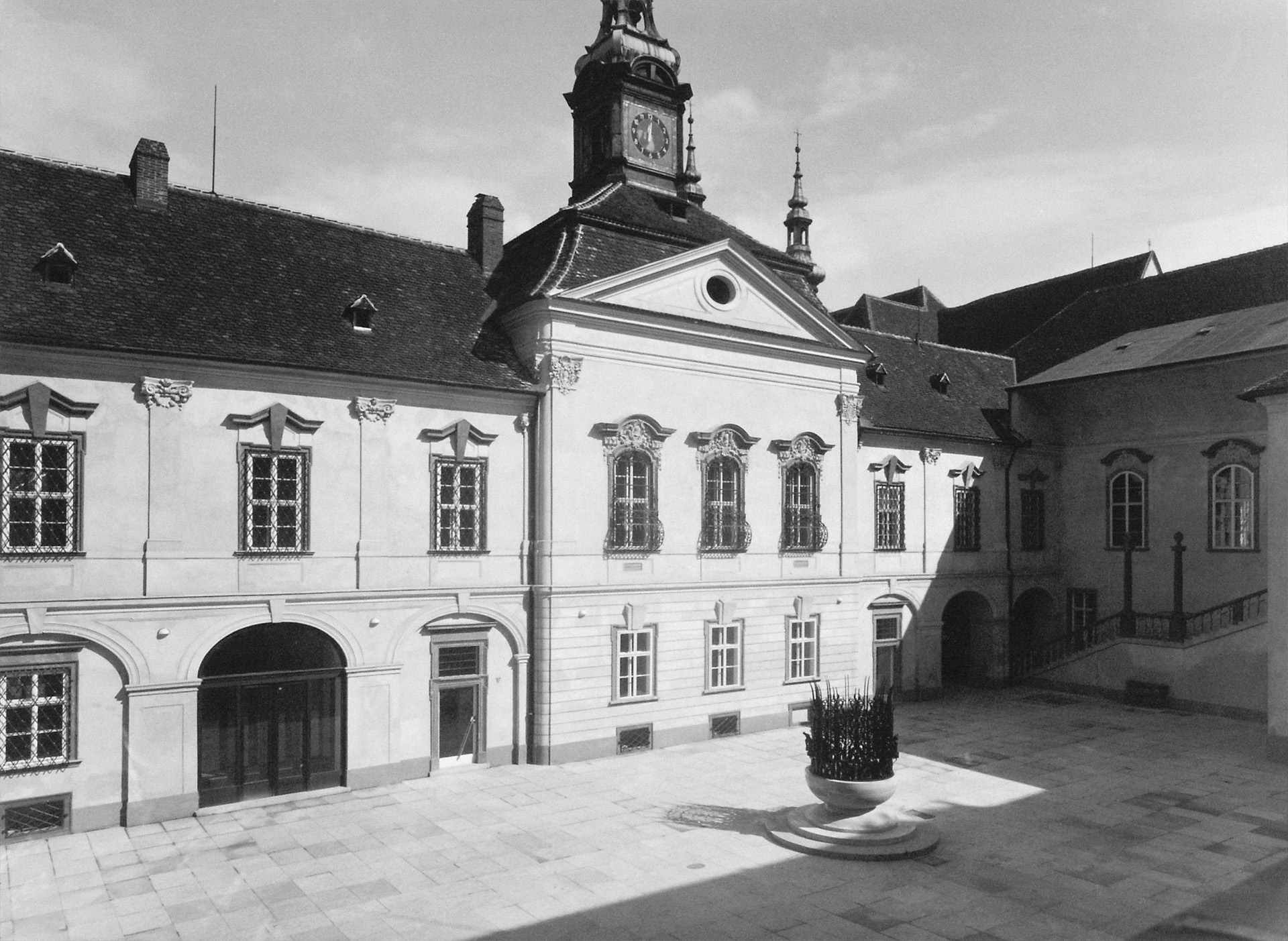 The history of the so-called New Town Hall in Brno reaches as far back as the Middle Ages, when the chapter hall of the Dominican monastery next to St. Michael's church hosted Moravian parliament sessions and court proceedings. The end of the 16th century saw a separate assembly centre with spacious Assembly Hall and Knights' Hall as well as smaller consulting rooms built over the chapter hall and partly also over the monastery's cloister according to a design by Italian builder Pietro Gabri. These areas are still accessible via the preserved external Renaissance-style staircase. In the course of the 17th century, all autonomous authorities in Brno and Olomouc were centralized in single headquarters in Brno, which required a new extension of the town hall in 1666 designed by Ondřej Erna. Other structural adjustments took place in the first half of the 18th century according to a design by Mořic Grimm.
In the second half of the 19th century, the authorities decided to build a new Regional Hall (the current seat of the Constitutional Court in Joštova Street) and to sell the building on Dominikánské náměstí to the City of Brno. The building served the purposes of the municipal museum, grammar school, various associations as well as a growing number of the municipal government's offices, which could no longer fit in the Old Town Hall. Therefore, the early 1930s saw the reconstruction of the Regional Hall and its adaptation to the needs of the municipal authorities.
The project was assigned to functionalist architect Josef Polášek, who attempted to preserve the original appearance of the building to the greatest possible extent. The reconstruction in 1934-36 was preceded by a  new survey and the incorporation of the building on maps, as the original plans had not been preserved. The installation of utilities and modern technology in Baroque buildings, i.e. water supply, sewage system, electric lighting, phone, signaling system, radio, central heating and others, required certain structural interventions. The court received new paving, which gave the building a more formal expression. Restoration works was also carried out by Jan Janša, who conserved the frescos in the assembly hall, staircase and wedding ceremony hall. Polášek succeeded in creating a unique interior by preserving most of the original decorations, which were in sharp contrast to the simple modern furniture.
The town hall was ceremonially opened on 23 September 1935, on which occasion Jiří Mahen recited these verses: "...there are cities, where you'll be lent a helping hand / to show they are still rich in possibilities / of which Brno shall be made! If we crave to live for it / we must make a world where the horizon of work shines / with the glow of our courage! Above our fate shall we stand / believing in this city of ours!" At present, the New Town Hall houses the City of Brno municipal government and the Assembly Hall, with the newly restored fresco by Daniel Gran, holds sessions of the town council and local authorities.