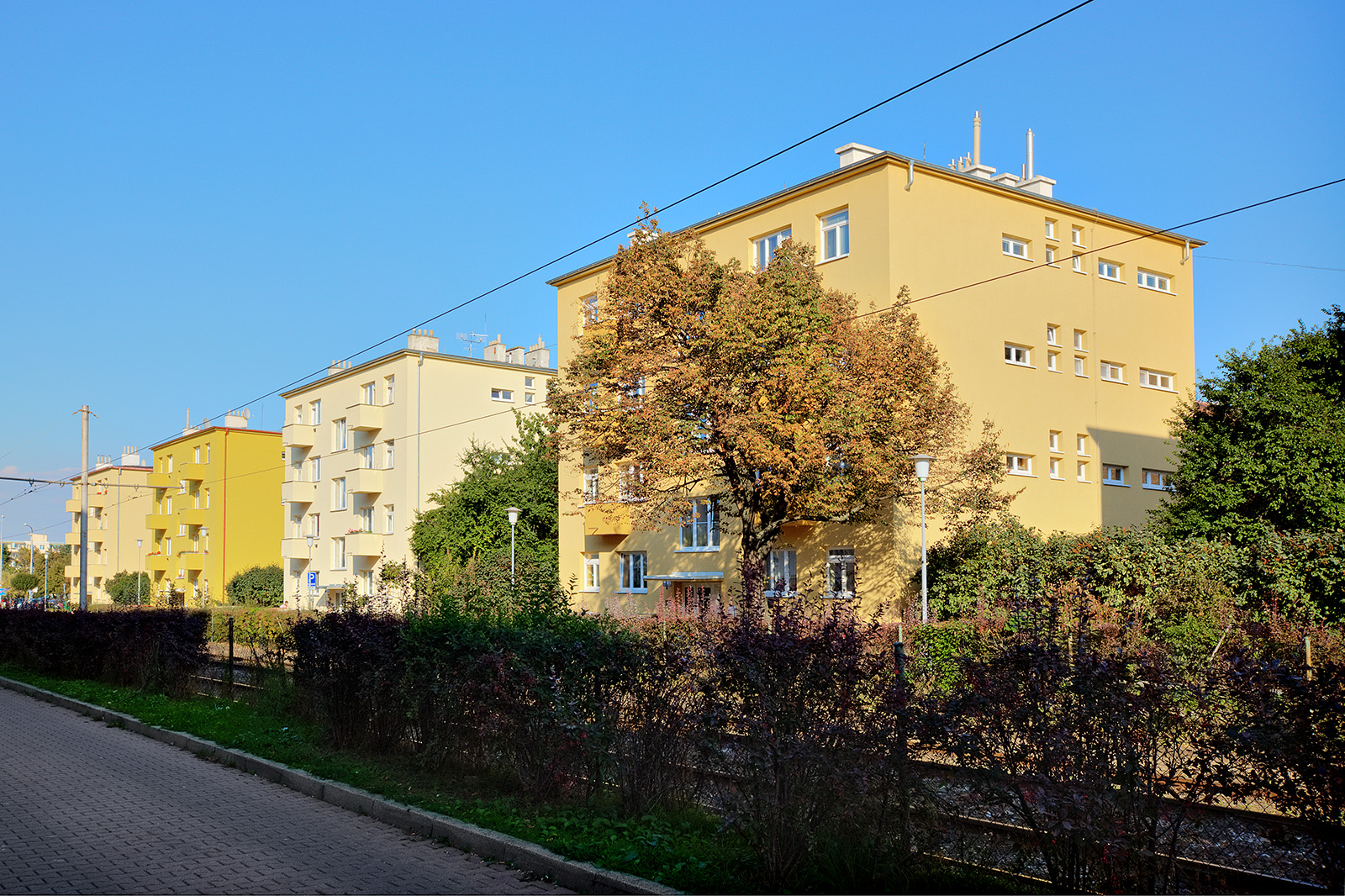 The City of Brno had been faced with a lack of apartments for the lower classes since the founding of Greater Brno in 1919. Although some affordable housing estates were built in the early 1930s, shanty towns with disastrous hygienic conditions still emerged around the city. Efforts to fight this nationwide problem resulted in an amendment to the Building Act obliging the state to subsidise the construction of affordable housing apartment buildings (with apartments under 34 m²). This amendment made it possible for Brno to launch an extensive development scheme entitled "1,000 apartment for the poor," which also included the building of apartment buildings in the southern part of the town, across the Svratka River.
Twelve buildings designed by a group of architects were built in 1936-37. Bedřich Rozehnal designed the four-level cube-shaped houses in Renneská Street. Each floor features four minimal apartments with a small room, a large living room with a kitchenette and a balcony. The balconies were an interesting relief element on the otherwise smooth light facades.
The designers of the other type of houses in parallel Dvorského Street were four Prague architects – Václav Hilský, Rudolf Jasenský, František Jech and Karel Koželka. Their five gallery houses facing southwest and northeast, as was usual in the modernist model, are rhythmically interspersed with Rozehnal's buildings when viewed from Renneská Street. While Rozehnal placed an emphasis on the aesthetic side of his buildings, the houses by these Prague architects show an austere utilitarianism. Each floor housed seven one-room apartments accessible from the galleries running along the north-east facade; the windows faced southwest. However, the functionalist appearance of these residential buildings was spoiled by later reconstructions and the addition of traditional hipped roofs.