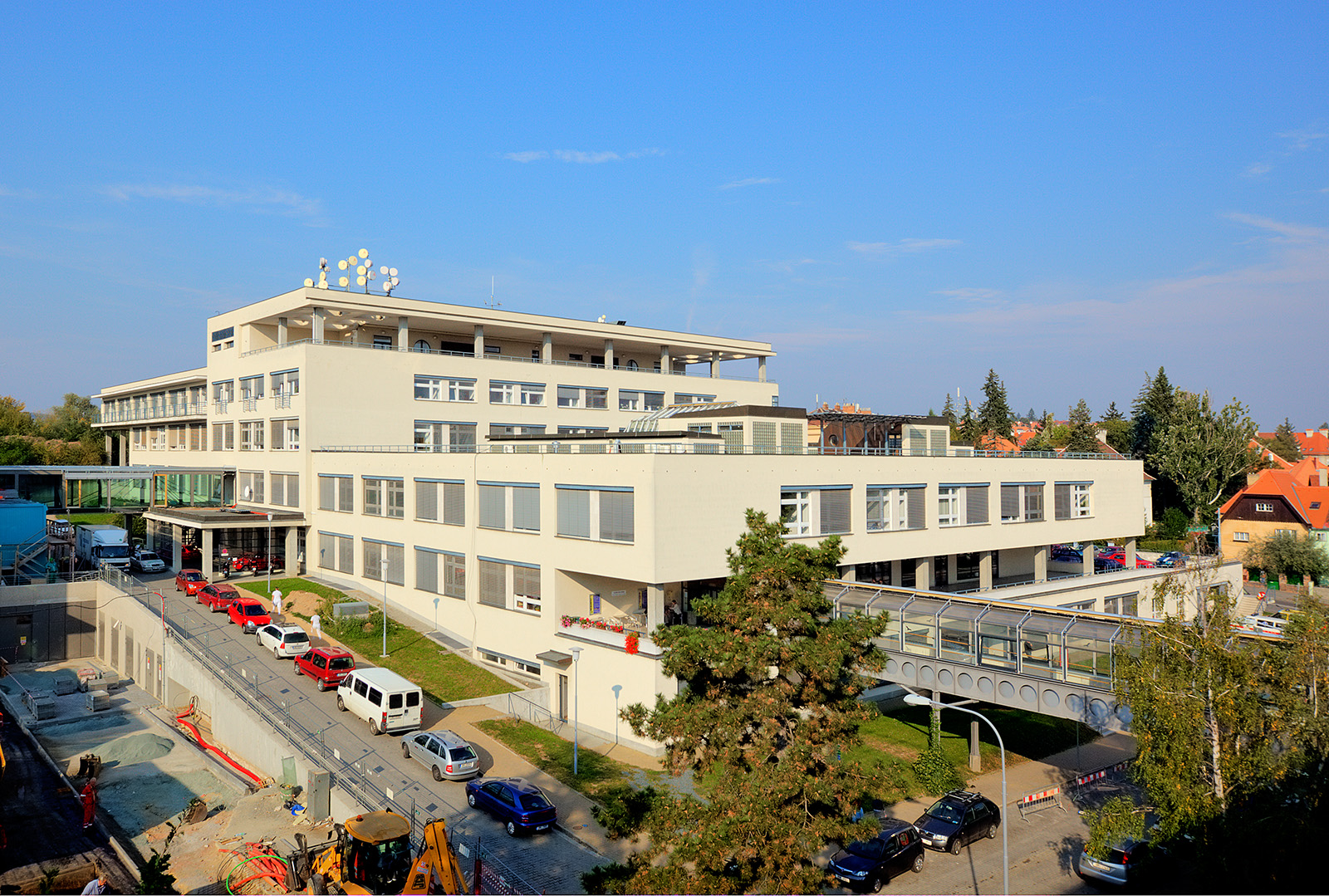 In 1928 MUDr. Jaroslav Bakeš founded the "House of Comfort" association, whose mission was to provide for the treatment of oncology patients. A decision was made to build a healthcare and research facility, a goal that was accomplished with the help of a 2.5 million crown donation by President Tomáš Garrigue Masaryk. Further financial contributions from a number of banks and other donors made it possible to break ground on this important healthcare facility in 1933. The first design for the House of Comfort healthcare facility intended for a plot on Kraví hora was prepared by architect Vladimír Fischer in cooperation with Ehemann, an expert in healthcare facilities from Vienna. Their design was rejected by the municipal regulatory body for disrupting the view of Špilberk Castle. Therefore, a new plot was selected close to the former surgery pavilion of the Regional Hospital on Žlutý kopec and the project was modified.
This task was assigned to Bedřich Rozehnal, who was, together with builder Ferdinand Matoušek, also appointed as the supervisor of the construction implemented by builder Václav Dvořák. In late 1933 the "House of Comfort" association sent Rozehnal on a fact-finding trip around Europe to collect information on modern hospital buildings. The young architect visited, among others, Le Corbusier's studio in Paris, and met with many scientists and radiologists, including Marie Sklodowska-Curie. The architect himself admitted that the trip was a major contribution to the completion of the Brno hospital. The architect redesigned the rooms used for X-ray treatment, which received separate ventilation systems and lead plate armor – a revolutionary concept in Czechoslovakia at the time. Rozehnal's cooperation with physicians, the future employees of the institute who voiced their requirements for the equipment of the individual wards, was no less important. The hospital was ceremonially opened on 13 January 1935 and named "Masaryk Sanatorium – Dům útěchy (House of Comfort)".
The entire complex originally consisted of two perpendicularly connected buildings situated to the left of the historicizing surgery pavilion of the Regional Hospital. The blocks comprising the wings of the hospital are lightened by the window grids allowing sufficient light into the interior. The main building served for patients and was linked to the administrative facility. The institution's greatest advantage lay in the state-of-the-art functional design of the hospital, the merits of which are still acknowledged by the present staff of the Masaryk Memorial Cancer Institute. The entire complex has undergone many reconstructions and extensions over the years. The year 1972 saw the launch of a new betatron workplace in a new building with a cupola off Tvrdého Street; the latest additions of the diagnostic ward (1991–95), linear particle accelerator (1996) and PET center(2007)were designed by Burian-Křivinka, an architectural studio based in Brno.