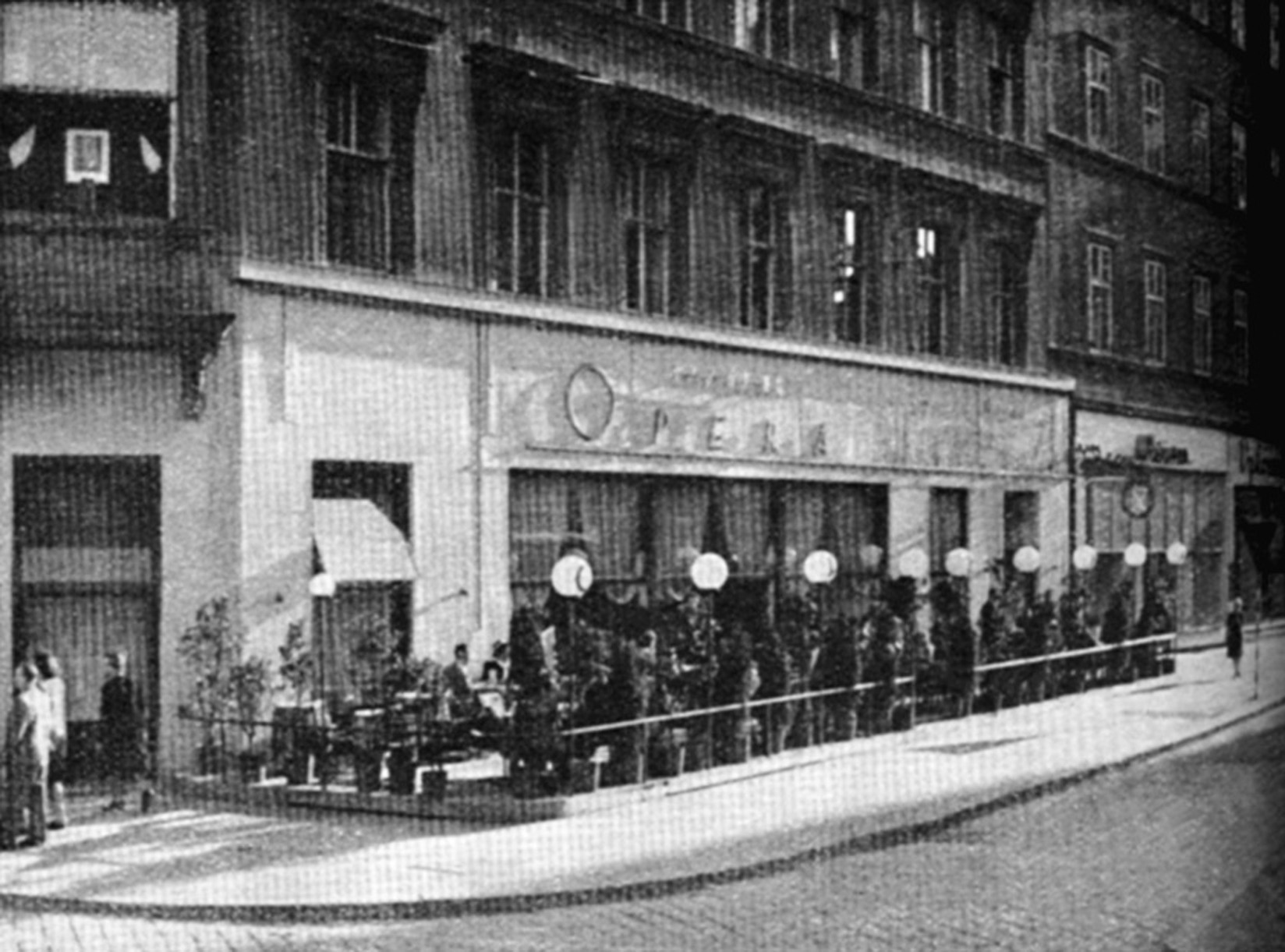 Built in 1930, the defunct Opera Café on the corner of Kobližná and Divadelní streets was another of Kumpo t's outstanding architectural achievements along with the Savoy Café. The modernization of the previous Café Stadt-Theater owned by Augustin Jäger was initiated by his widow, Anna Jäger. The architect chose a design similar to the Savoy Café and replaced the supporting walls with a steel and ferro-concrete structure to free up the ground floor area.
Other rooms were created through the addition of a two-story wing in the inner block, which also housed an underground gaming room. The main entrance with a revolving door was situated at the far end of the parcel in Kobližná Street. The interior of the café spread on several levels connected by short flights of stairs which opened interesting views between individual sections. In keeping with functionalist esthetics, the interior was more austere than the luxurious Savoy Café. In this spirit the architect used prefabricated woven steel railings on the mezzanine and square glass blocks on the ceiling of the extension.
However, virtually none of the original interior or the reconstructed ground floor has been preserved. The café building housed an automobile dealership after 1989 and has been a bank since 1997. The bank required that the interior and the ground floor facade be rebuilt in a pseudo-historicist spirit. The large areas were divided by partitions and structural components were covered by ceilings. The steel pillars depicted in period photographs are now covered with mirrors. The building's steel structure is only revealed by the consoles supporting the corner bay on the exterior of the first floor. The ground floor facade thus received a historicist look, effacing all traces of Jindřich Kumpošt's progressive architectural design.