Semi-detached houses for the On the Lookout housing cooperative 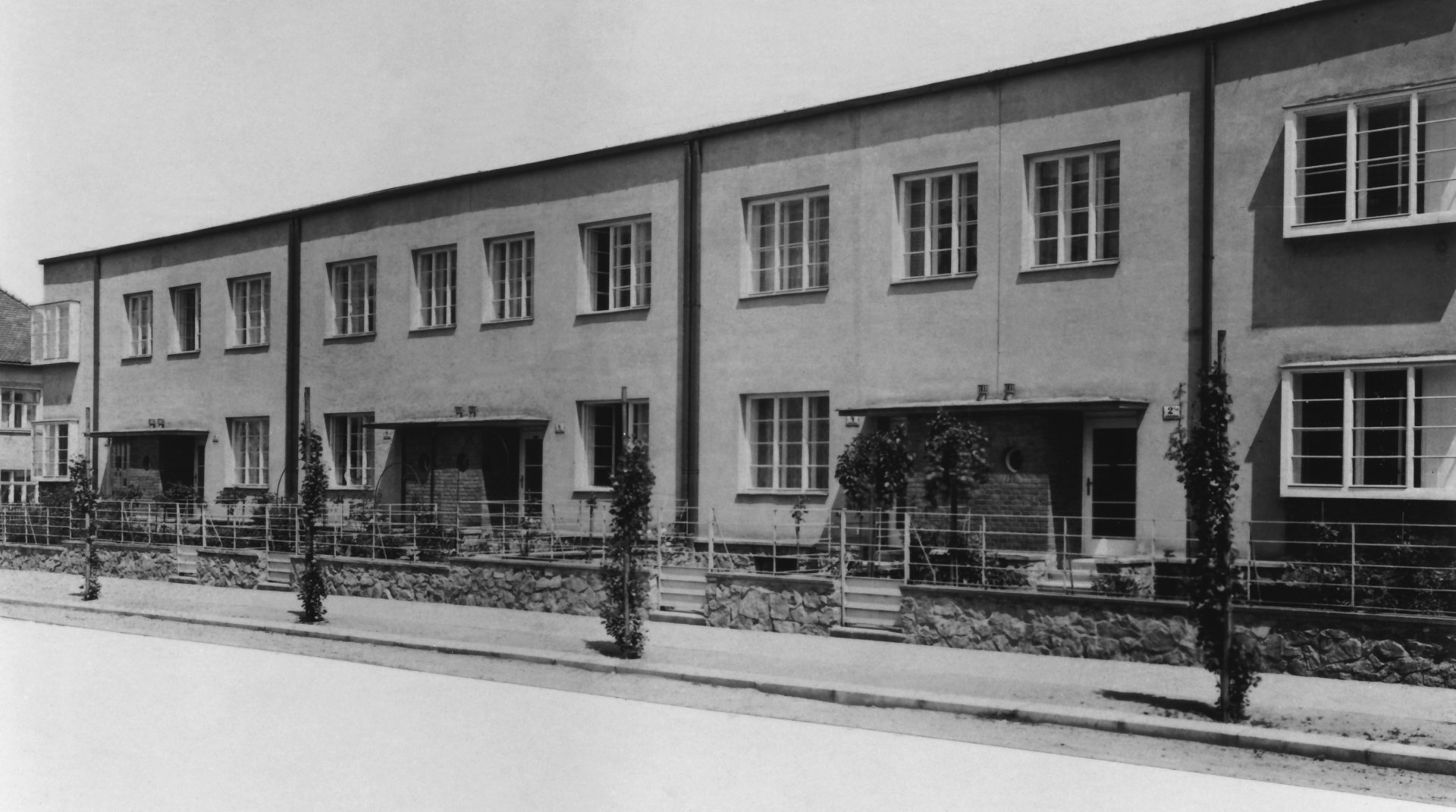 Jindřich Kumpošt designed for the Na Vyhlídce (On the Lookout) housing cooperative two generous apartment blocks delimiting Vaňkovo Square on Žlutý kopec. These oblong segments of the apartment blocks form the gateway into Lerchova Street where they continue as a row of small residential houses designed for the same housing cooperative. These two-level terraced houses with front gardens feature uniform main entrances with a band of raw brickwork and sheltered by a common flat roof.
These houses represent a minimal option for a single person's housing needs with low building costs, a shared transverse wall and basic spatial furnishings. The ground floor housed a residential room looking out on the street and a kitchen with a larder leading to a small back garden. The entrance corridor led to the staircase to the first floor over the toilet whose round window decorated the main facade. The first floor mostly housed two rooms, a bathroom and a coatroom.
These economic esthetics as well as the conception of the buildings were similar to residential sites emerging all over a Europe suffering from a housing crisis. However, Kumpošt disrupts the modern purist conception by tall gabled roofs, which, in this case were not added later. These were selected, presumably, as the most cost-effective and, with respect to future maintenance, the simplest version and may have involved residential attic areas as they do today. The individual houses originally formed a single compact whole, which is disrupted today by the different colors of individual facades.

Name
Semi-detached houses for the On the Lookout housing cooperative