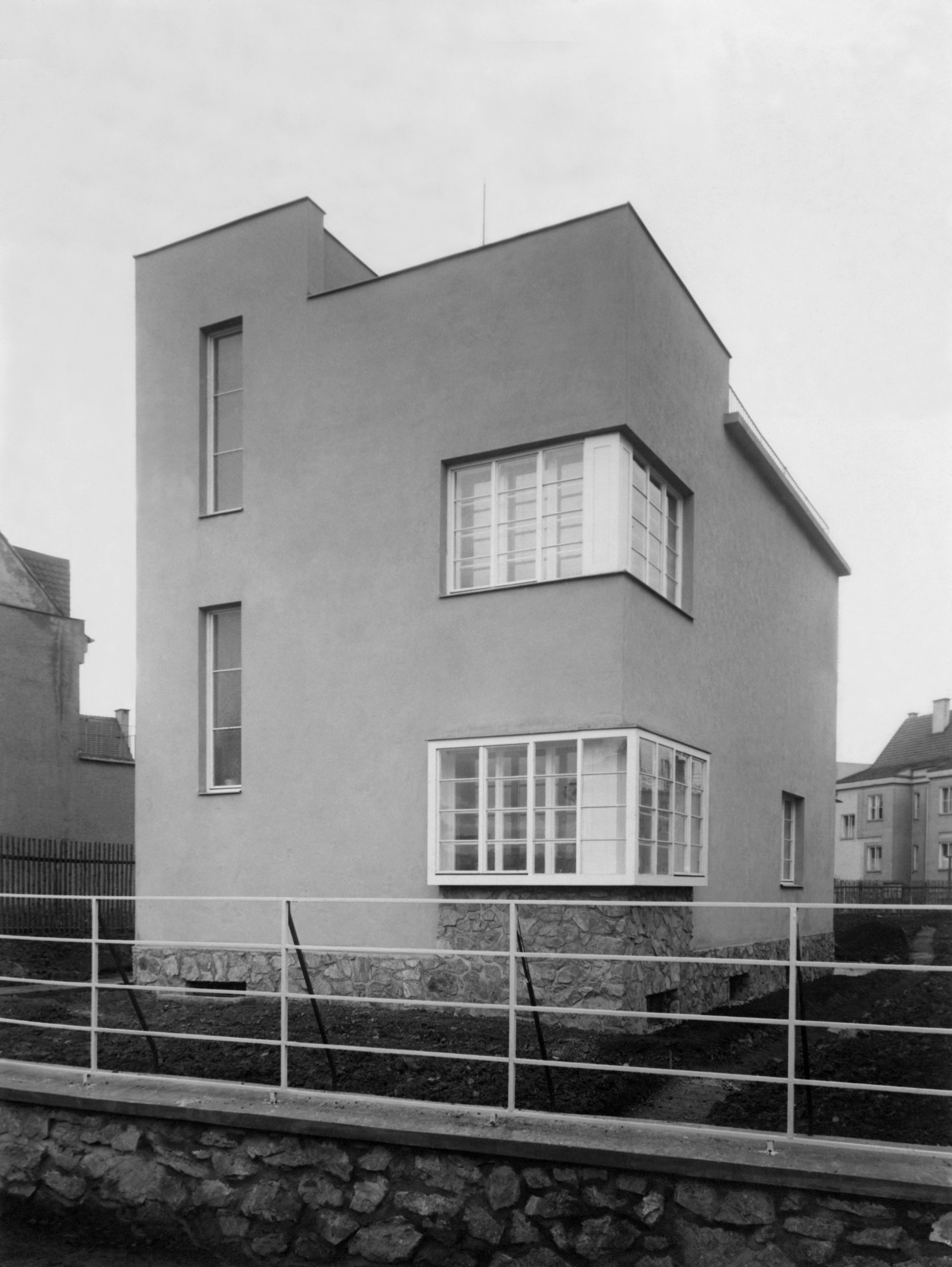 This two-level building at the beginning of Barvičova Street built for the Na Vyhlídce (On the Lookout) housing cooperative represents a detached house with maximally reduced mass consisting of a nearly monolithic block whose neat facade was originally not interrupted at all, not even by the main entrance. The entrance was situated on the left side in a low risalit forming a sheltered space. The street-side facade featured the extended corner windows of the residential rooms counterpointed by the oblong windows lighting the staircase.
The layout is nearly identical to that of the terraced houses in nearby Lerchova Street: the ground floor houses the living room and kitchen with larder; the first floor has two bedrooms and bathroom. The roof railing signals a spacious roof terrace accessible by the interior staircase. This simple design adhering to the functional and esthetic requirements of avant-garde architecture is marred by the later addition of the hall with an entrance from the street-side facade.