Competition for Administrative Building of the City of Brno 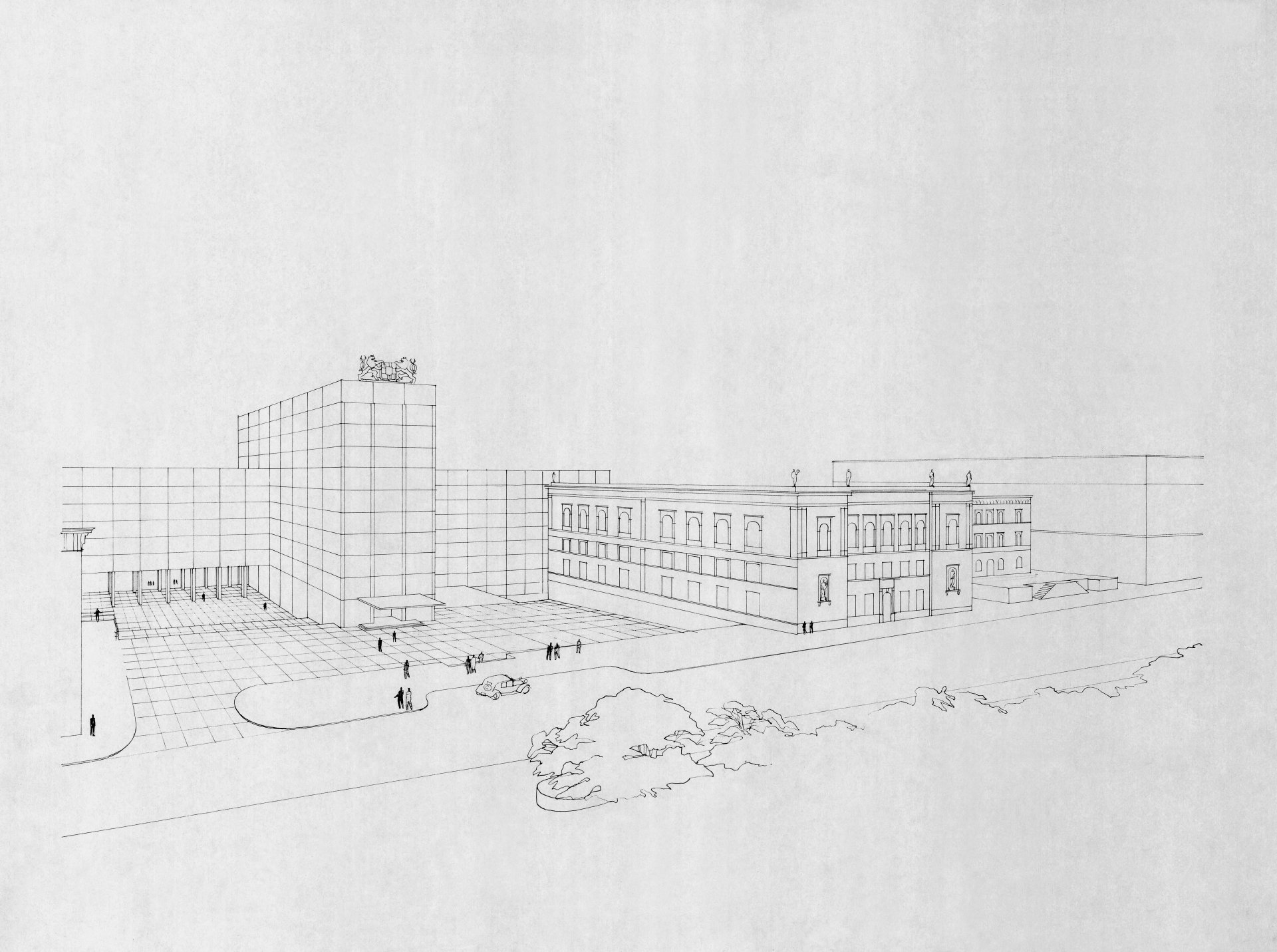 At the beginning of the 1930s, the local authorities decided to expand the areas of their offices and add to the historic building (the present-day New Town Hall) in Dominikánská Street a new building facing Husova Street. In 1932, the municipal regulatory department announced a  public tender with specific requirements for the furnishings of the new Administrative Building of the City of Brno, which was intended to occupy the site of the International Hotel near Pražák Palace. There were 23 entries in the competition, of which the jury selected the design by Bohumil Babánek, who nevertheless received criticism in professional circles for being overly conservative. On the other hand, designs submitted by architects Bohuslav Fuchs, Ernst Wiesner and Jindřich Kumpošt, which ranked second and third, were very progressive. The implementation of this project was eventually assigned to all four architects mentioned.
The entire designing phase was hindered by serious disputes. The animosities involved not only the architects, but also the municipal authorities, who kept altering their requirements for the furnishings, dispositions and appearance of the building. The preserved designs of individual versions show a six-level building with an elevated nine-level entrance risalit and an open ground floor on pillars. The building reveals inspiration by Le Corbusier's early brutalism, apparent in the generously conceived bulk of the structure as well as the modernist conception of open ground plans.
However, the plans for the Administrative Building of the City of Brno were, owing to the customer's vague requirements, not finished by the outbreak of World War II. The architects parted at this point and the municipal government's ambition to build a new administrative block fell into oblivion for some time. Today the site is occupied by the International Hotel, completed in 1962, whose structure partly refers to the pre-war designs mentioned.

Name
Competition for Administrative Building of the City of Brno