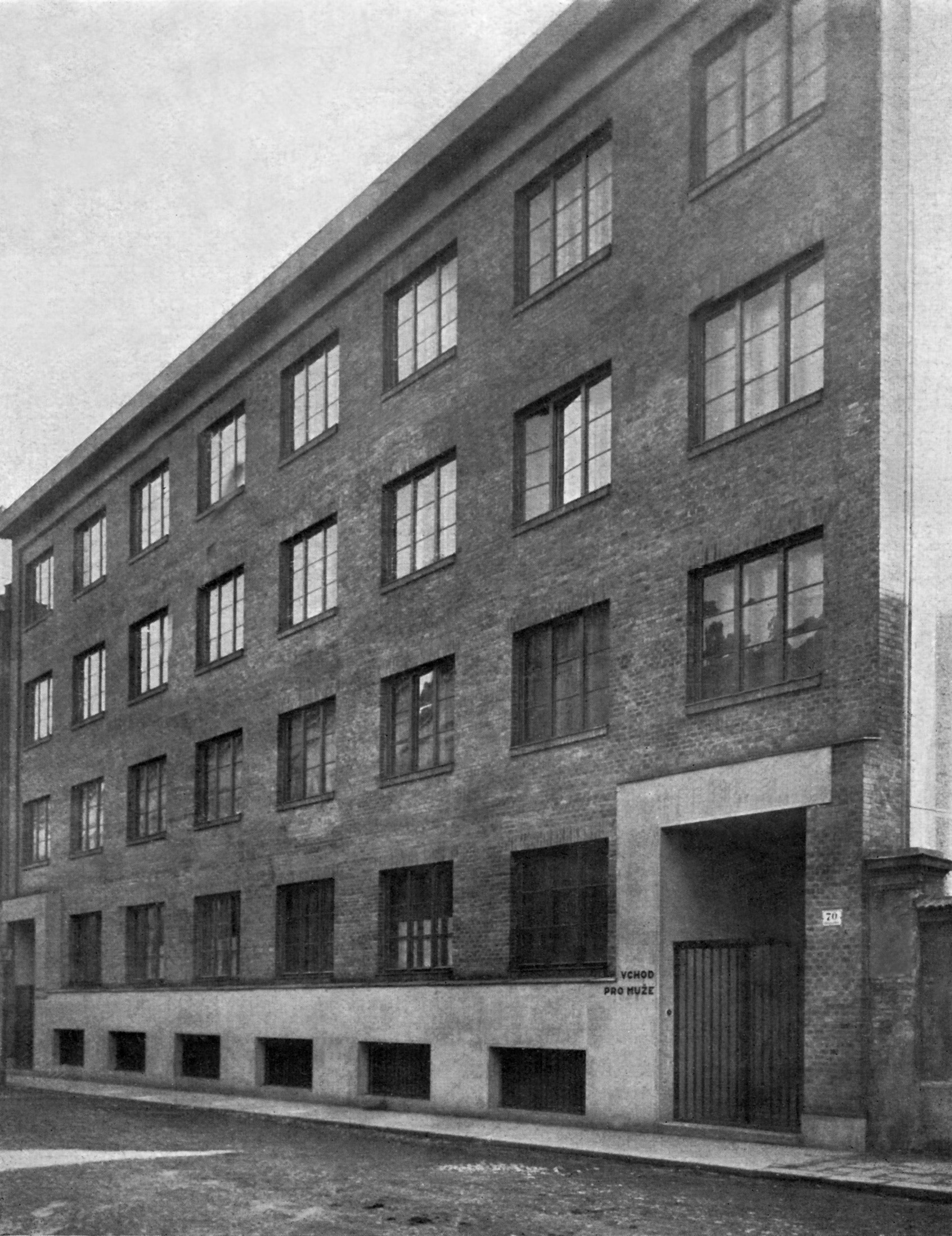 The reception centre built by the Brno Building Authority in Bratislavská Street in 1924 according to the design by Jindřich Kumpošt represented a temporary housing solution for homeless people or people in dire financial situations. Even in the context of the issue of minimal housing, an issue dealt with by a number of architects during the housing crisis, this was an extreme case intended to offer at least basic social facilities and a bed to spend the night for people in need.
The plain structure with a bare brick facade was divided into men's and women's quarters accessible by two separate entrances from the street. The four floors housed three spacious bedrooms in each part, large bathrooms and sanitary facilities.
The building today is the seat of Brno-North ‎municipal government, whose requirements resulted in the insensitive adaptation of the interior, the addition of a two-level extension and the adjustment of the ground floor with the main central entrance.