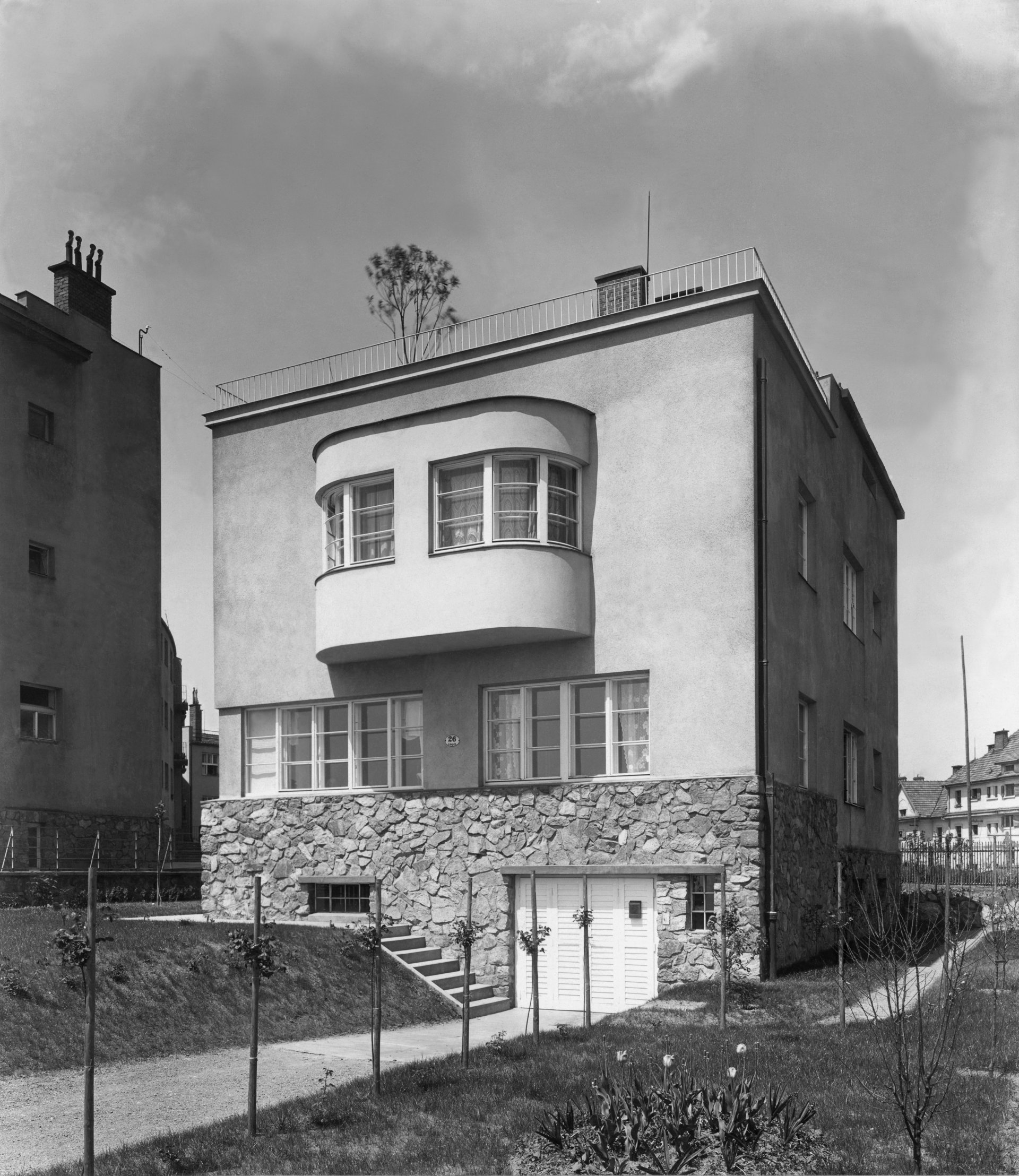 The vast development funded by the Na Vyhlídce (On the Lookout) building and housing cooperative and implemented according to designs by Jindřich Kumpošt on the slopes of Žlutý kopec also features the Dr. Bělohradský Villa in Tvrdého Street. It draws on the urban design of Vaňkovo Square, the core of which is formed by two segments of apartment blocks, and is also an counterpoint to the Haselmann Villa in Barvičova Street.
This two-story building with a smooth facade and pronounced stone base is located in the middle of an oblong garden farther off the street. It consists of two nearly identical apartments on the ground floor and on the first floor; part of the basement is occupied by a garage. The main entrance to the house is situated on the left face of the house and leads to a small vestibule and a large entrance hall connected with three rooms comprising the residential part facing south and east. Left of the entrance there is a staircase leading to the first floor, kitchen, room for servants and bath. The same interior layout is repeated on the first floor, the only difference being the windows of the rooms looking out on the street and forming a part of the round arch which is the only three-dimensional element on the front. The crown molding on the southern side continues with the railing of the roof terrace occupying half of the area of the house; the other half is covered by a traditional hipped roof.