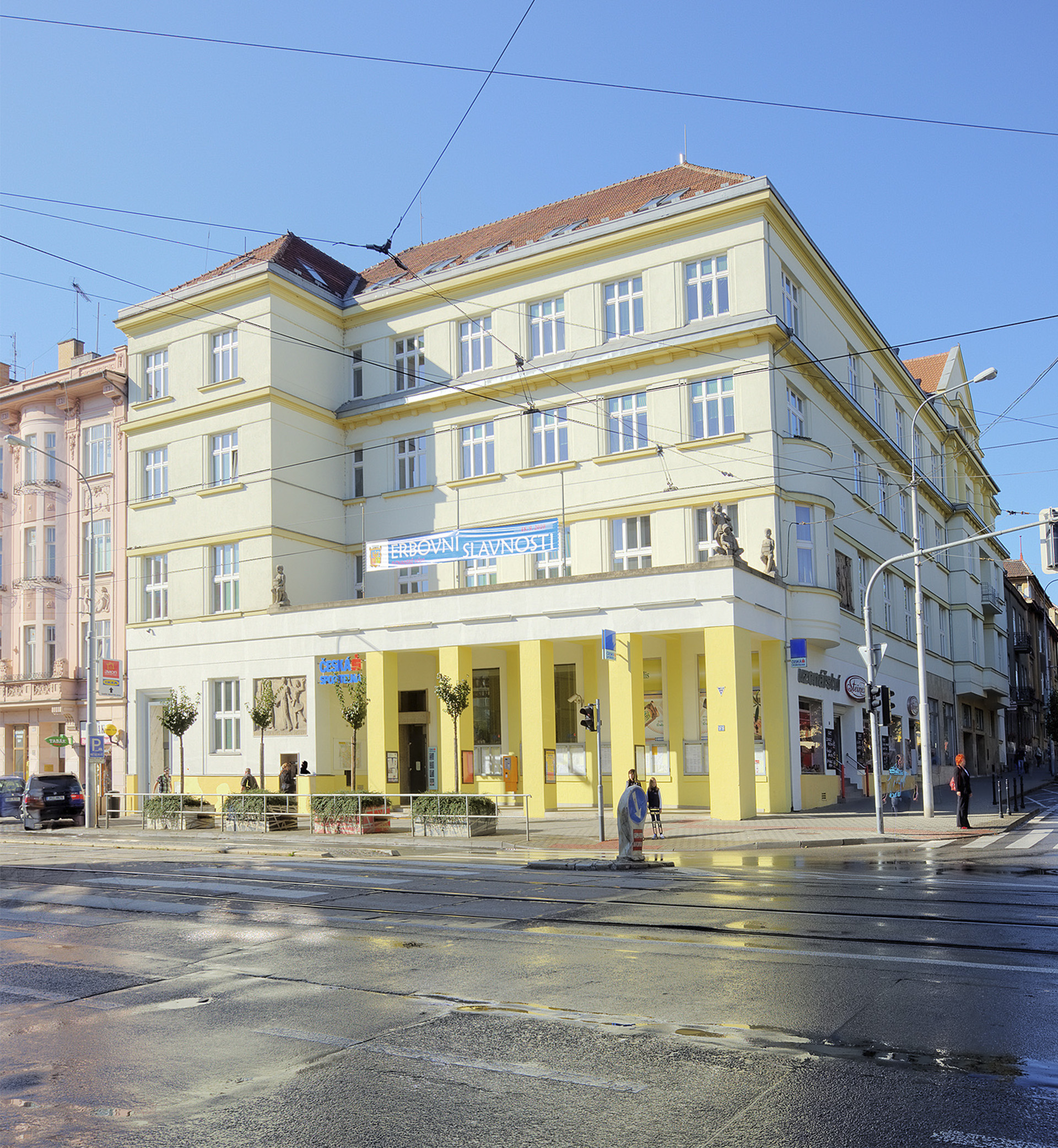 In 1923, the municipal authorities decided to build on the two corner plots at the junction of Husitská and Palackého streets in Královo Pole. The multi-purpose building was designed by Jindřich Kumpošt, the chief municipal architect at the time. The city used the state subsidy under the Building Act, which required that two-thirds of the building be used for residential space. Each block contained sixteen apartment units and a commercial ground floor to let. The City Savings Bank in Královo Pole moved its offices into one of the buildings (No. 59), as the company experienced an upswing in the years following the formation of Czechoslovakia and was looking for a new and stately seat.
Like some of the architect's later designs, this one also employs the symmetrical arrangement of two identical mirrored buildings, creating a monumental gateway to the main square of Královo Pole, Slovanské náměstí. The volume of the structures is graded in Palackého Street and the ground floor colonnade adds lightness; the facade in Husitská Street is topped by a risalit with a triangular gable and decorated with cylindrical supports between the windows.
The use of ferro-concrete structure enabled the opening of the ground floor of the generous bank lobby panelled with marble from Křtiny. This lobby is accessible via an entrance situated in Palackého Street and decorated with a ceramic relief by sculptor Vojmír Vokolek. Other decorations included statues of dogs guarding the staircase to the vaults and the manager's office by Václav Mach and a larger-than-life statue of Tomáš Garrigue Masaryk installed in the conference room.
Jindřich Kumpošt based his design of the bank's premises on his studies of requirements for these facilities in Czechoslovakia. The period press praised mainly the purposefulness, simplicity and dignity of this new concept, which was in steep contrast to the exaggerated decorativeness and ostentatious pomp of Austro-Hungarian offices. This is an example of the formation of a new style combining the latest building procedures with a certain level of stateliness and it became a pattern imitated by many financial institutions, especially in minor towns, in the First Republic.