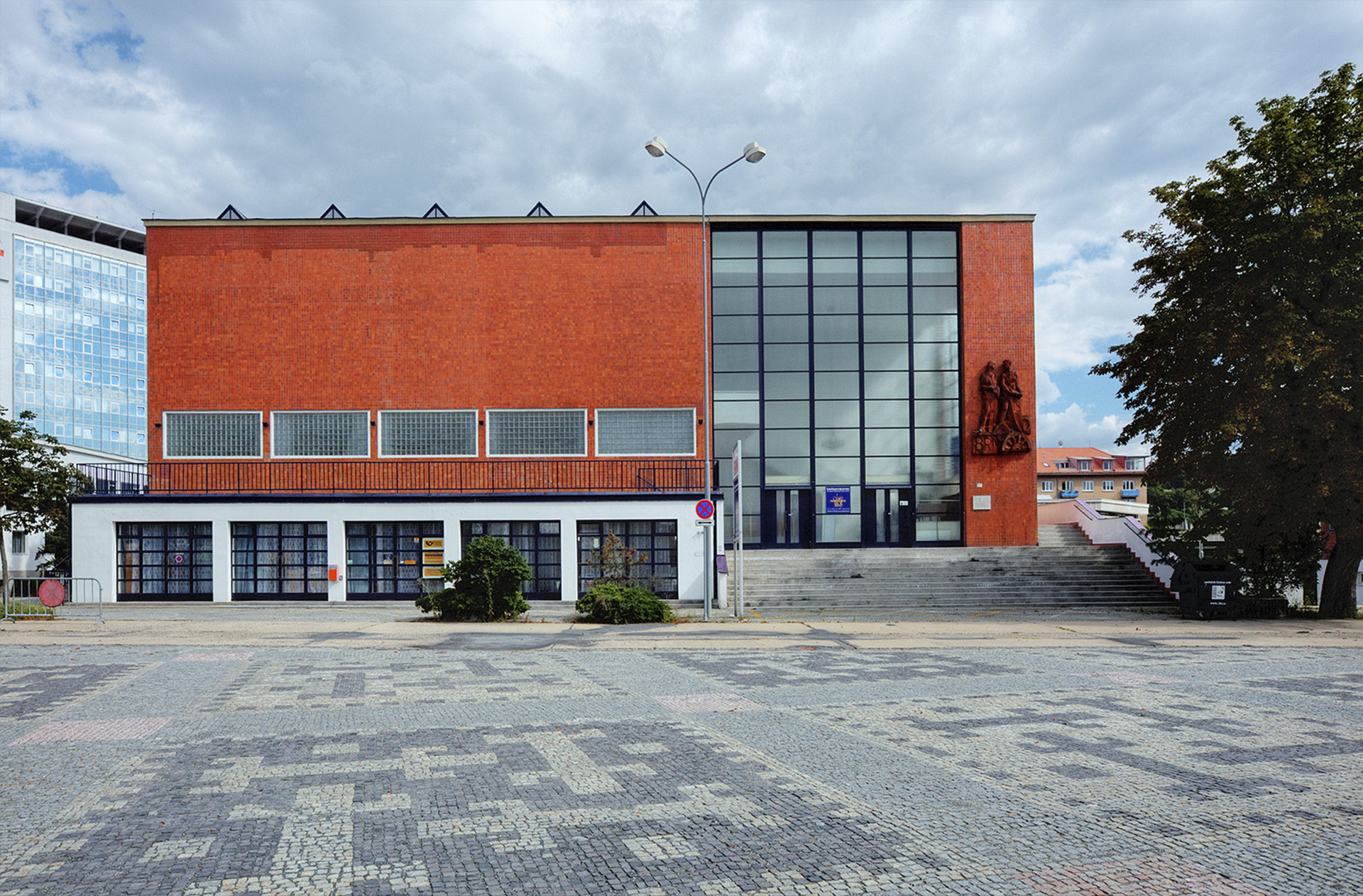 In 1923 Bohuslav Fuchs participated in the competition for the urban and architectural concept of Brno's new exhibition ground on Bauer's Ramp. Although his design ranked third, the architect could influence the appearance of the exhibition ground later, as he designed the City of Brno Pavilion.
This plain block with a ferro-concrete skeleton and brickwork wallings was originally lightened by its free ground floor, which rested on pillars and opened towards the lake on the eastern side. Visitors were led to the entrance hall lit by the glassed wall of the facade via a monumental staircase. The hall features a staircase connecting both exhibition floors, while the upper level is lit by skylights in the ceiling. The back exit via a spiral staircase on the facade was used to cope with large numbers of visitors. The red ceramic cladding is accompanied by a ceramic sculpture by Josef Kubíček at the main entrance. Bohuslav Fuchs, together with painter and graphic designer Emanuel Hrbek, also participated in the design of the City of Brno's exposition at the Exhibition of Contemporary Culture in Czechoslovakia.
The hall served its original purpose for a short time only. In the following years it was a post office, warehouse or archive; at present it hosts rehearsals of the Brno Philharmonic Orchestra. The building underwent a comprehensive reconstruction in the 1990s; some later adjustments, such as filling the open parterre with office units, have been removed.