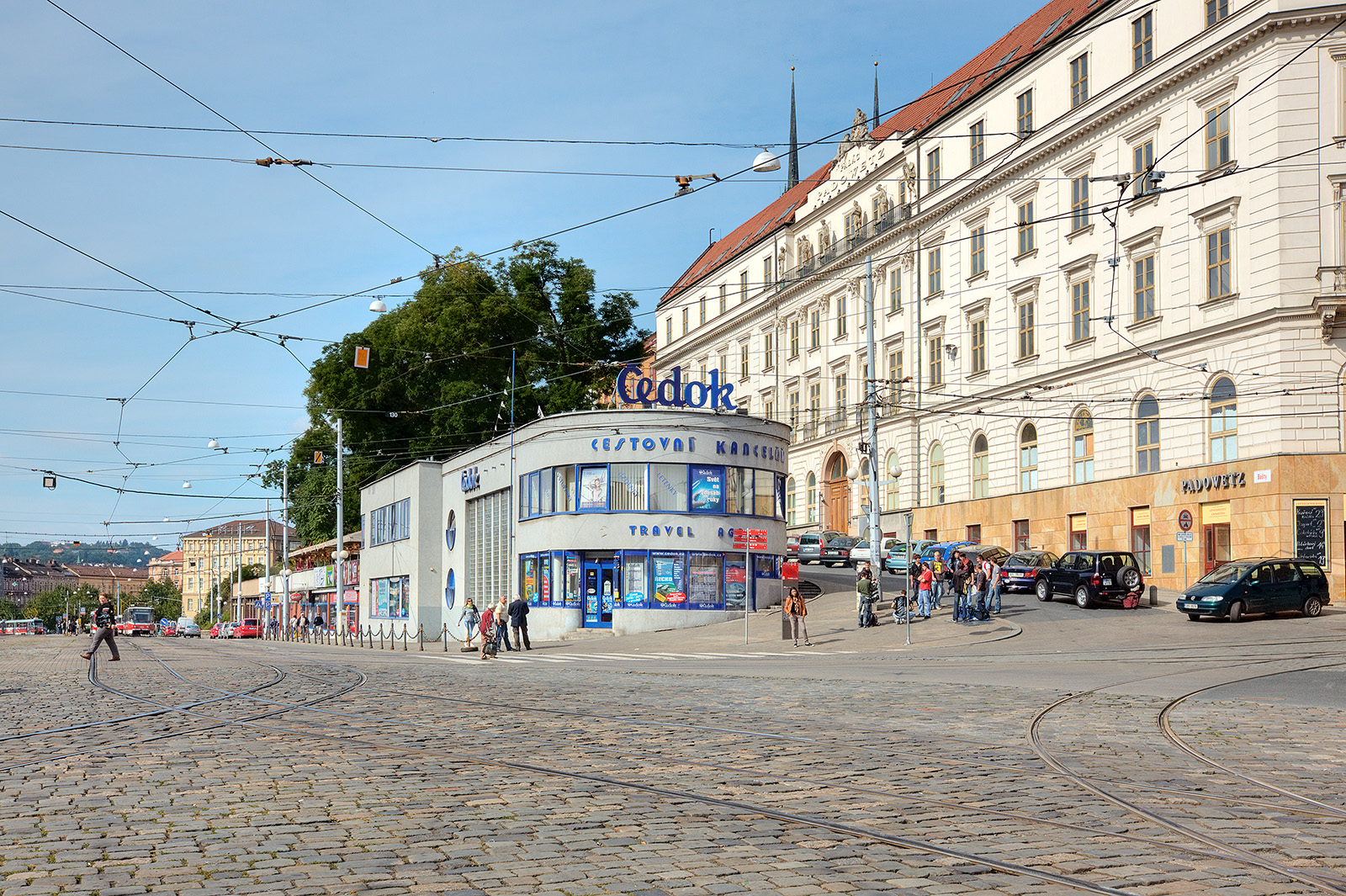 In 1928 the newly built exhibition grounds in Brno hosted the Exhibition of Contemporary Culture, which was a part of the celebrations of the tenth anniversary of the formation of the Republic. The exhibition halls designed by influential Czech architects were accompanied by a number of structures more or less related to the exhibition, but built outside the exhibition center. The City's Accommodation and Information Office designed by Oskar Poříska was built at the site of former town walls near the Brno railway station and offered visitors to fairs the first basic information and basic services such as an exchange office and finding accommodations in the city.
Oskar Poříska had devoted some of his earlier designs to this plot opposite the Padowetz Palace in Ba ty Street. In 1926, this former fortification wall was converted into a single-level building featuring shops and public restrooms, the roof of which was used as a terrace widening the street. The two-story building of the City's Accommodation Office adjoins the commercial areas and its rounded corner resembles the bow of a ship. The front part of the building with its separate entrance and ribbon window upstairs housed the exchange office; the entrance to the accommodation office (later a travel agency) was situated on the side next to the then largest glass block window in Brno providing light to the elevated hall of the office and the gallery.
The present appearance of the building, which reflects the nautical inspirations of the international style, is the result of many modifications and reconstructions. The main entrance was moved to the right and replaced one of the glass block fields as early as the 1940s; an extension was later built on top of the ground-floor commercial part. Reconstruction in the 1990s renewed the glass block wall as well as the corner ribbon windows and added round windows in the side facade and in the interior as an "enhancement" of the functionalistic esthetics. The building continues to serve as a travel agency to this day.