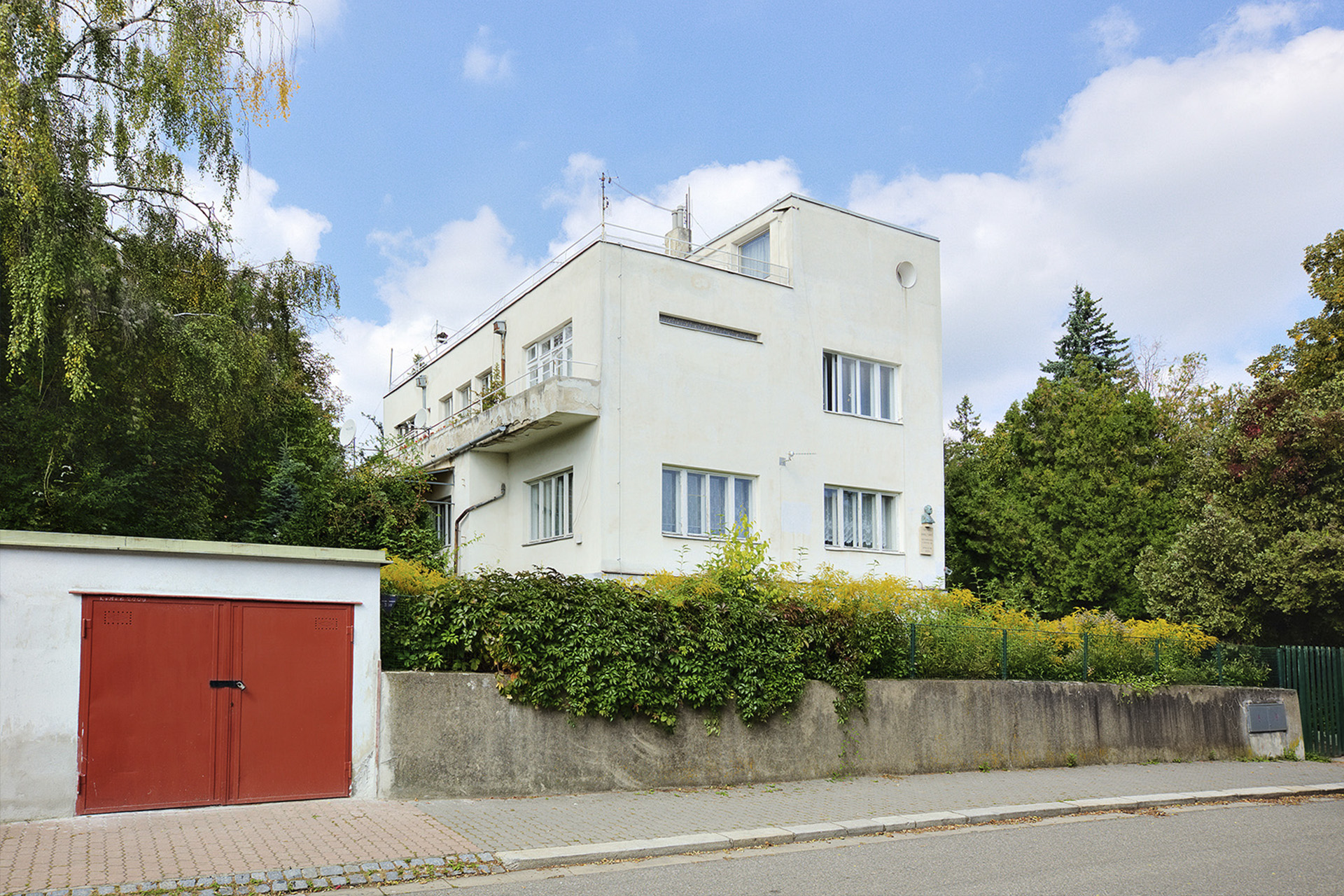 Karel Tomeš played an important role in the history of Brno in the period between the wars. As city mayor in the period of 1925-35, he was involved in a number of important decisions and progressive trends closely connected with the city's architectural and urban development. While he was in office, the city's government and building authority paid careful attention to the regulation of development and area planning, which was conceived in the context of the entire region and with rational views of the future. Important offices were managed by young avant-garde architects free to assert the modernistic notions of the international style; therefore, the development of Brno took place in a modern European context.
Karel Tomeš had a three-story villa built according to a design by architect Oskar Poříska in a street which today bears his name. The basement accessible from the street housing the service areas and the caretaker's apartment was followed by garages and the driver's apartment on the ground floor. The ground floor also featured the central hall with access to residential rooms; the first floor was occupied by bedrooms opening up to the garden by means of an oblong balcony. The roof also served for residential purposes, as most of it was a large terrace offering views of Brno. The only element breaking the strictly right-angled design is the unusual rhombus-shaped windows lighting the staircase on the northern facade. Karel Tomeš joined the anti-Nazi resistance movement in 1939. He was arrested by the Gestapo a year later and died in Dachau concentration camp at the end of the war. Tomeš Villa was confiscated in 1953 and maintained by the Housing Company of the City of Brno. This period saw its interior divided into smaller apartments. The villa was returned to its rightful heirs in the 1990s and they have strived to restore its original appearance.