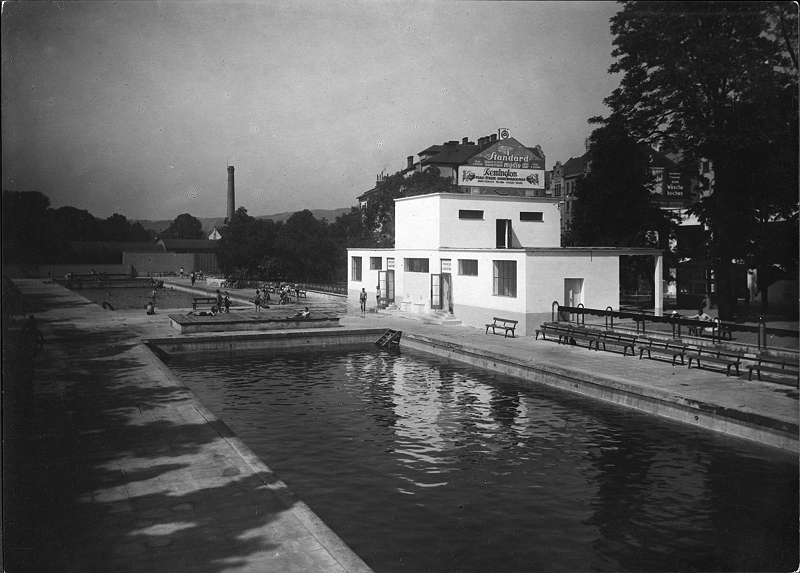 An outdoor spa with swimming pools was situated on the Svratka Millrace, which flowed through Rybářská Street and Mendlovo náměstí, as early as the 19th century. The spa received a single-story building with a flat roof designed by Bohuslav Fuchs in 1927 featuring changing rooms and other facilities for bathers. However, the spa was damaged during World War II and its operation has never been restored. The conversion of the building into a cultural centre was considered in the 1950s. Eventually, the spa had to yield to the modernization of the square according to a  design by architect František Kočí in the 1960s, when most historic buildings were demolished and replaced with prefab apartment blocks. The main aim of this project was to create a respectable avenue leading to the Brno Exhibition Grounds; yet the enclosed and historically interesting composition of the square was destroyed forever. There have been a number of urban development competitions since 1990s; however, the square is still waiting for a new concept while serving as something of a transportation junction.