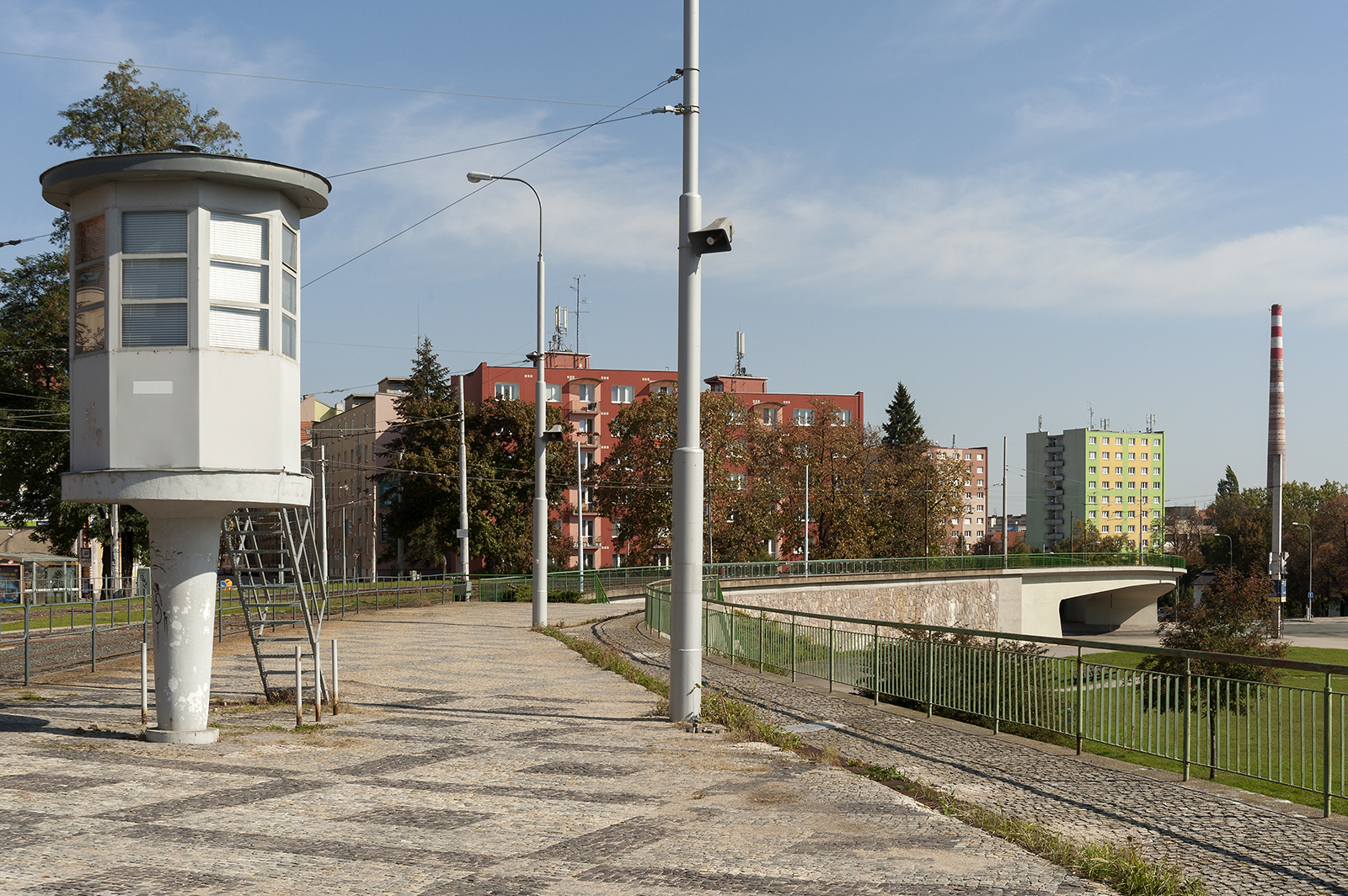 The Exhibition of Contemporary Culture in Czechoslovakia in 1928 gave rise to an urbanist concept of the whole exhibition complex, which also involved a suitably designed and located tram stop. It was logically placed close to the main entrance to the Brno exhibition centre encircled with tram rails on its north border.

The Pisárky (Schreibwald) – Královo Pole (Karthaus) run of a steam tramway line intersecting the city centre near the railway station led past the present-day exhibition centre as early as 1884. In the late 19th century the line was electrified, and the first electric tram in the city started to operate on a white-marked line in 1900. Since 1913 this route has been known as no. 1, which even today manifests its important position among the backbone lines of the Brno public transport. As the first buses were not introduced in the city until 1930, the transport of visitors to the exhibition centre during the Exhibition of Contemporary Culture was provided by trams, and it predominantly still is today.

The design for a large tramway platform was commissioned from architect Bohuslav Fuchs. He employed the terrain difference between Hlinky Street and the exhibition centre, and the platform thus acquired the character of a lookout terrace viewing the entrance to the exhibition centre complex. To ensure the smooth flow of traffic, a tram stop with three platforms was designed, with an underpass and a wide double staircase naturally directing the movement of crowds of visitors. The two sections of the staircase reaching below the platform level are connected with the original boat-shaped ticket offices, between which a broad underpass was placed. The axis symmetry of the whole construction together with its spatial generosity and austerity in the spirit of functionalism appear natural, giving in parallel a monumental impression.

Until 1938, driving in Czechoslovakia was on the left, and visitors to the Exhibition of Contemporary Culture arriving from the city centre got off onto a spacious terrace looking on the main entrance to the exhibition centre complex, and descended the staircase towards the ticket offices. Visitors returning to the city went through the area between the ticket offices into the underpass, which took them to more distant platforms. Although the introduction of driving on the right clashed with the original architectural plan and reversed the flow of visitors, the function and form of the tram stop have been preserved to this day, despite a number of reconstructions. The more recent paving of the platform terrace, the new illumination of the underpass and the facade colour do not diminish the original effect of the structure. However, this does not extend to the ticket offices the new dark roofing of which appears rather disturbing when viewed from the platform terrace, while the walled-in windows turn them into features of no apparent function.