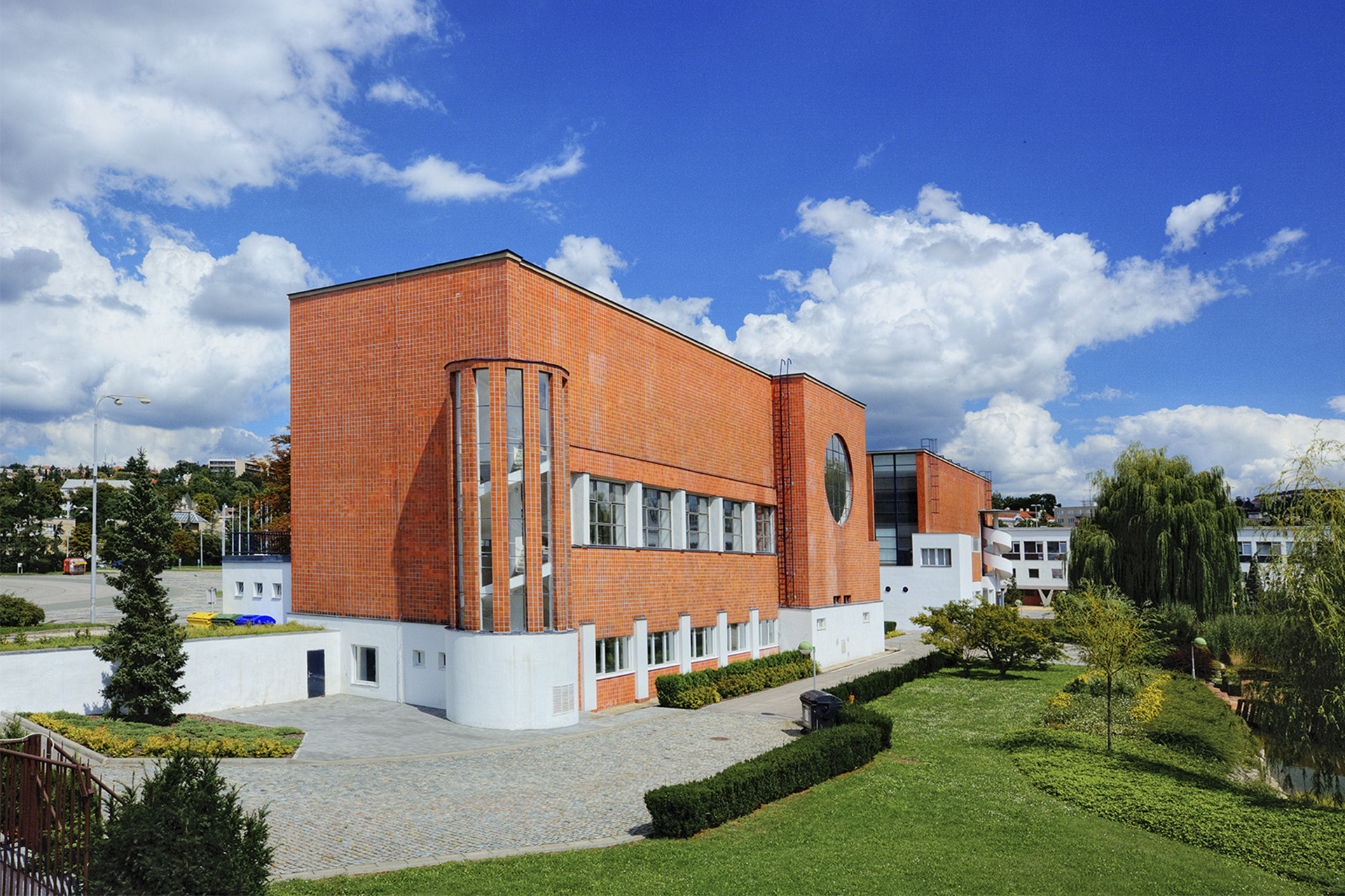 The urban conception of the exhibition centre, completed by Josef Králík according to the winning design by Josef Kalous, conceived the Moravia Pavilion as a counterpoint to Fuch's City of Brno Pavilion. Vlastislav Chroust, in line with the assignment by Králík, reworked his original design, which had expressionist tendencies, and accommodated it to Fuch's progressive morphology and technological concept. Both buildings thus feature identical shapes: a plain block, ferro-concrete structure with originally open parterre and red brick cladding. Both buildings feature skylights in the roof and an emergency staircase on the back facade; Chroust enveloped this staircase in a glass cylinder and situated on the corner.
Vlastislav Chroust was also the author of the architectural design of Moravia's exposition for the Exhibition of Contemporary Culture, which featured a vast tapestry with the Moravian Eagle. The architect strove to enhance the decoration of the facade, where he placed two large round windows situated along an axis behind one another. However, the planned sculpture decorations by Václav H. Mach were never implemented due to a lack of financial resources. The current appearance of the building is, just like that of Fuch's neighbouring pavilion, influenced by the completion of the parterre by architects Máčel and Alexa from 1958.