Pavilion of Commerce and Trade 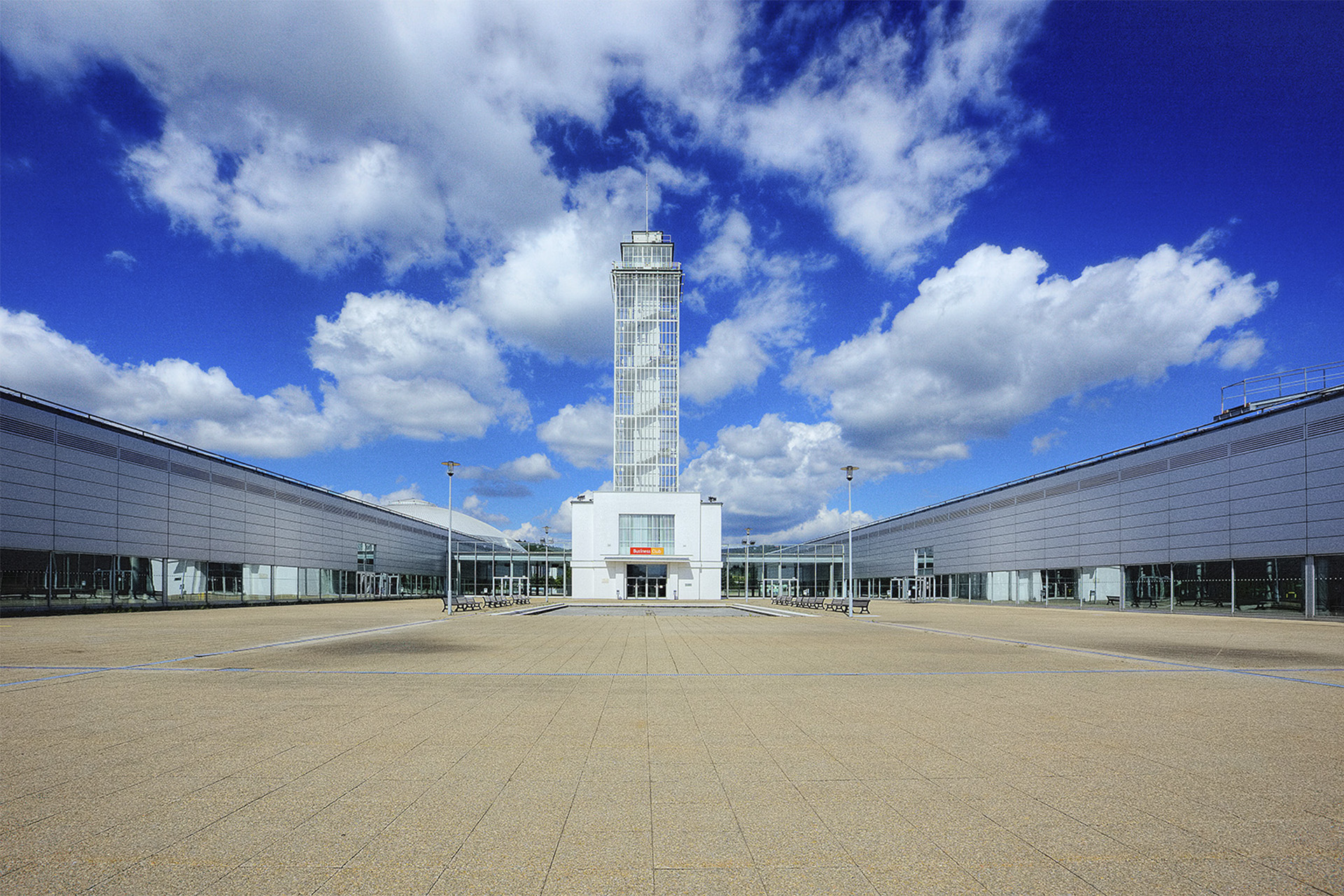 The tower of the Pavilion of Commerce and Trade by Bohumír Čermák, which offered visitors to the Exhibition of Contemporary Culture in Czechoslovakia a view of the entire complex, was the most prominent landmark at the end of one of the compositional axes of the exhibition grounds. The main building with the observation tower originally adjoined four wooden wings surrounding the central pool. The entrance lounge was situated underneath a café with a terrace boasting the capacity of 1,600 seats and views of the exhibition grounds.
The structural uniqueness of this 45-metre tall tower lies in the use of a central ferro-concrete shaft with a staircase, lift and top platform from which the facade is suspended on steel rods. The reconstruction in 1958 replaced the original wings with new ones made of ferro-concrete and the light lift with a heavy fast elevator, which caused a deformation of the structure of the tower and damage to the facade. Other defects in the reconstructed wings meant that they had to be demolished and the entire hall remained closed for a long time.
It did not receive a complete reconstruction until 1996 and the Rudiš-Rudiš studio won the Grand Prix of the Society of Architects in the Reconstruction category for the implementation of their design in the same year.

Name
Pavilion of Commerce and Trade