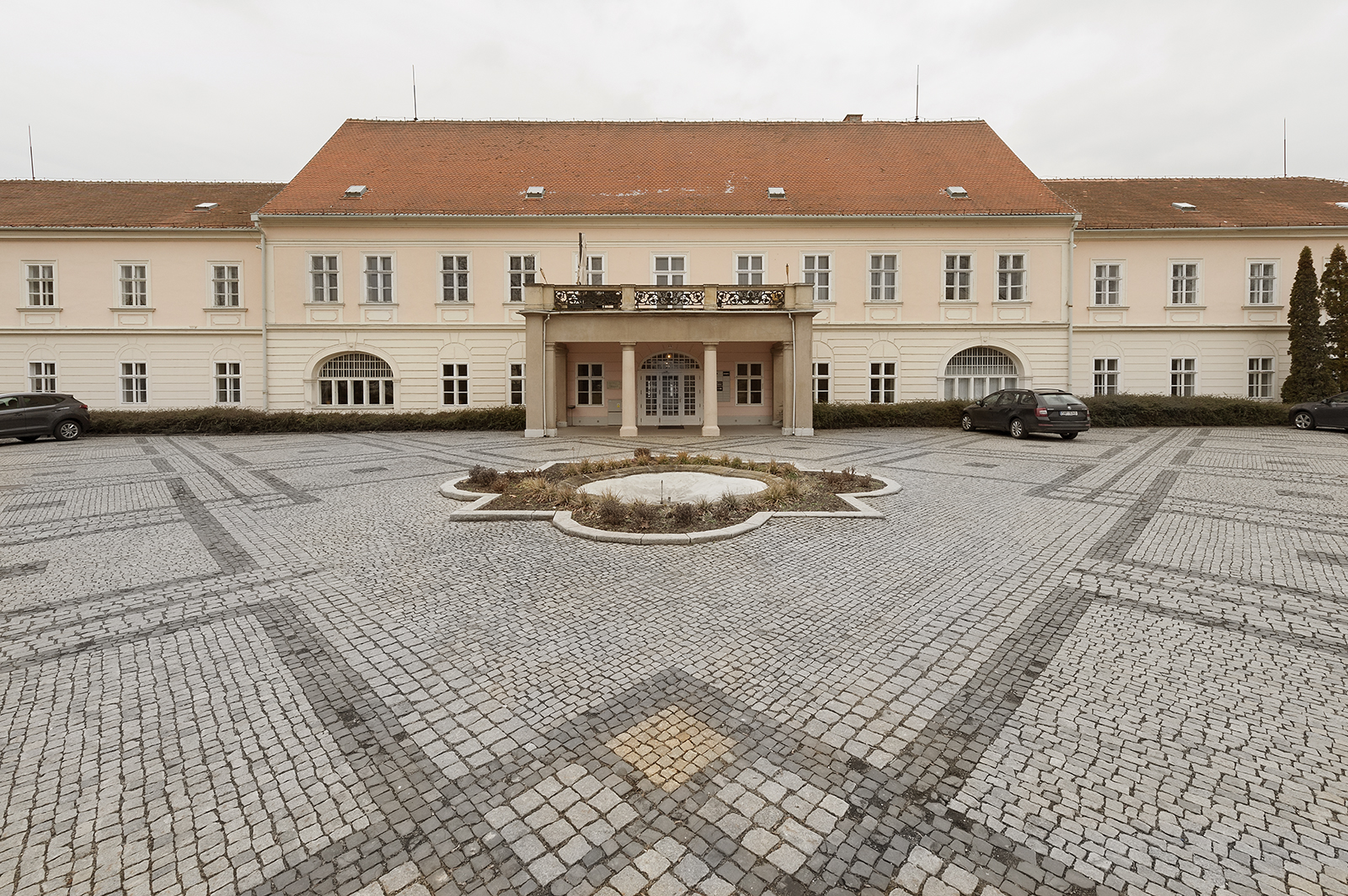 “Bauer from Brno will come to Paris from London the day after tomorrow, and I will ask him to give me 1,000 francs for August.”
Adolf Loos’ letter to Bohumil Markalous from 21 August 1924, sent from Paris to Brno, in: Zdeněk Kudělka, Činnost Adolfa Loose v Československu I [The Activity of Adolf Loos in Czechoslovakia I], Sborník prací Filosofické fakulty Brněnské university [Proceedings of the Faculty of Arts of Brno University] F 17, Brno 1973, pp. 152–15 , p. cited 153.

“In Brno, he adapted (or rather refurbished the entire interior) the residence of the sugar factory owner Bauer at the Ramp. Wall cladding was supplied by U. P. závody. It was difficult to work with, the rooms had crooked walls, the main hall didn't have a single corner at a right angle, there was trouble with the windows – and Loos was awaited as a saviour. He arrived from Vienna in the morning, had a look at everything till noon, he had lunch with us, then he visited Vaněk in the U. P. závody and me in the editorial office of 'Bytová kultura'; there, he was already getting nervous, and finally declared that he would be returning to Vienna in half an hour.” In these words, the journalist, writer and Loos’ friend Bohumil Markalous summed up in 1929 the somewhat protracted course of the reconstruction of the Bauer Chateau, a commission that the architect obtained in the first half of the 1920s.
The building was located in an industrial area on the southwestern edge of Old Brno and used to be part of the complex of the Old Brno sugar factory that burnt down in 1906.
The plot of land called Bauer’s Ramp had been purchased by Bauer’s grandfather Moritz for a sugar mill in 1849. At that time, the chateau underwent its first major reconstruction, acquiring its current Classicist appearance with extensions to the Baroque core. When Viktor and Marietta Bauer died in 1911, the complex, including plots of land, was inherited by their son Viktor, who – after numerous trips around Europe and exotic regions – decided to settle there with his wife and four children. It was in 1919, the year was imbued with the spirit of the proclamation of an independent Czechoslovakia. Viktor Bauer Jr., a trained lawyer, amateur ethnographer and political scientist, initially believed in smooth coexistence of the German and Czech Moravians. Ten years later, though, he decided to renounce his Czechoslovak citizenship. The reason was the expropriation of Bauer’s Ramp for the construction of the provincial exhibition centre that in 1928 hosted the famous Exhibition of Contemporary Culture. Bauer watched the celebration of the young state’s successes from an involuntary neighbourhood with bitterness, which he unwittingly captured in a series of pictures taken while photographing his family.
The fact that Loos was commissioned with the reconstruction of the building had been known since 1925, when the magazine Bytová kultura brought a mention, in the architect’s CV, that he was a collaborator of “U. P. závody, and together with this company they are providing for the adaptation and interior furnishing of the residence of the industrialist Dr. Viktor Bauer in Brno.” However, the real contribution of Adolf Loos in the refurbishment of the chateau was only clarified by the discovery of a series of photographs taken by Viktor Bauer Jr. The family photo albums entered the state collections after 1945, when the family’s property was expropriated on the basis of the Beneš Decrees. Further losses occurred after the incorporation of the chateau in the neighbouring exhibition centre in the second half of the 1950s.
In the early 1920s, the left wing of the building was widened and deepened under Loos’ supervision; with this asymmetrical adaptation, it acquired a living terrace accessible from the lady’s bedroom on the upper floor. Two windows with semi-circular tops were enlarged on the sides of the baroque portico. Like both entrance doors, these windows are divided into a rectangular grid (typical for Loos). On the ground floor, a generous dining room with marble panelling was built in 1922 and 1923, but it was not completed; in addition, there were the chateau library and the offices of the joint-stock company Hrušovanská cukerní rafinerie with a separate entrance. A cloakroom was located behind the main entrance on the left. Its ceiling had a skylight and there was a rectangular opening (also characteristic) oriented to the landing of the main staircase with a built-in flowerpot clad with marble. This specific interconnection of spaces can be considered as an allusion to the so-called Raumplan. The corridor connecting the main entrance with the garden entrance and the staircase leading to the rooms on the first floor was newly clad with wooden panelling in a dark shade. The right wing with its own entrance was used by tenants.
As for interior furnishings such as furniture, lighting or radiators, Loos’ style is evident from historical photographs in the design of the five walk-through lounges on the upper floor. This is especially true for the study, where the seating set included a built-in sofa with a cabinet, a leather armchair with a typical chaise longue and, above the table called Elefantenrüsseltisch (Elephant Trunk Table), a brass pull-out lamp with a weight. On the opposite side of the room was a desk perpendicular to the window with a chair by F. O. Schmidt Company and a brass floor lamp with fringes, which are the hallmarks of Loos’ interiors. In the bedroom of Bauer’s wife, the architect applied a characteristic design approach in an untraditional way. The modern, axially symmetrical composition of the white built-in furniture with built-in mirrors contrasted with the ubiquitous gilding and ornament made in the style of Louis XVI. Viktor Bauer’s adjoining bedroom, on the other hand, was characterized by square panelling made of polished wood, floral wallpaper, simple furniture and a double bed manufactured by the U. P. závody of Jan Vaněk. Worth mentioning is also the presence of chairs of Chippendale-type, which Loos liked to have made according to English models: “I consider designing a new chair (…) a foolishness, a complete, useless foolish thing, which is a waste of time and money. The chair (…) was perfectly designed at the time of Chippendale. That was a creative act. And it cannot be surpassed,” Loos wrote in 1929 in the obituary of the Viennese chair manufacturer Josef Veillich.


Trail
In the Footsteps of Adolf Loos