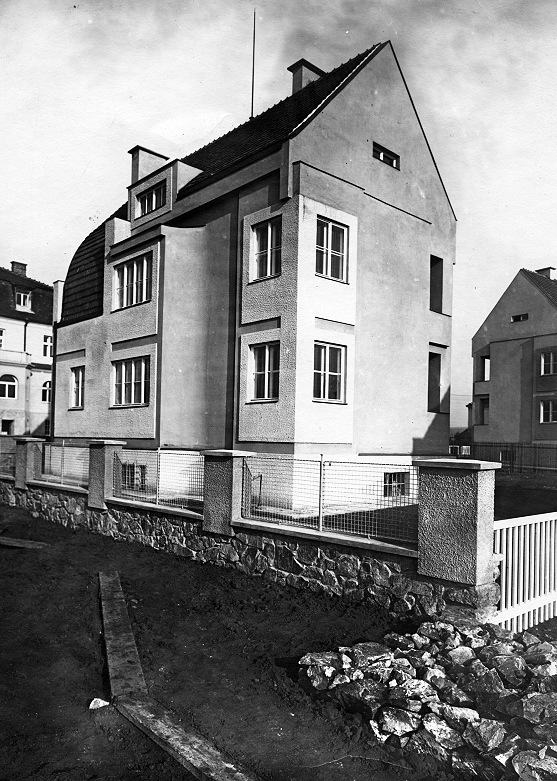 In the early 1920s the Rodina (Family) housing cooperative purchased plots on Žlutý kopec in Brno with the intention of building a small-scale villa colony. The designs of houses in Barvičova, Mahenova and Lerchova streets were assigned to Bohuslav Fuchs. The architect presented several designs of different types of houses, one of which was selected and in various modifications employed in 1923–24.
The house at Lerchova 9 intended for Domin Pavlíček, a Brno based editor and writer, is by far the best preserved. Fuch's design of this villa (as well as its modifications in the neighborhood) reveal the influence of late Prague Cubism in architecture, apparent in the geometric composition of the relief facade elements and its segmentation. At the same time, the design uses the traditional keel-shaped roof, which may refer to the influence of Adolf Loos, who used this element as well as the reverse T motive in his design of Steiner Villa in Vienna as early as 1910