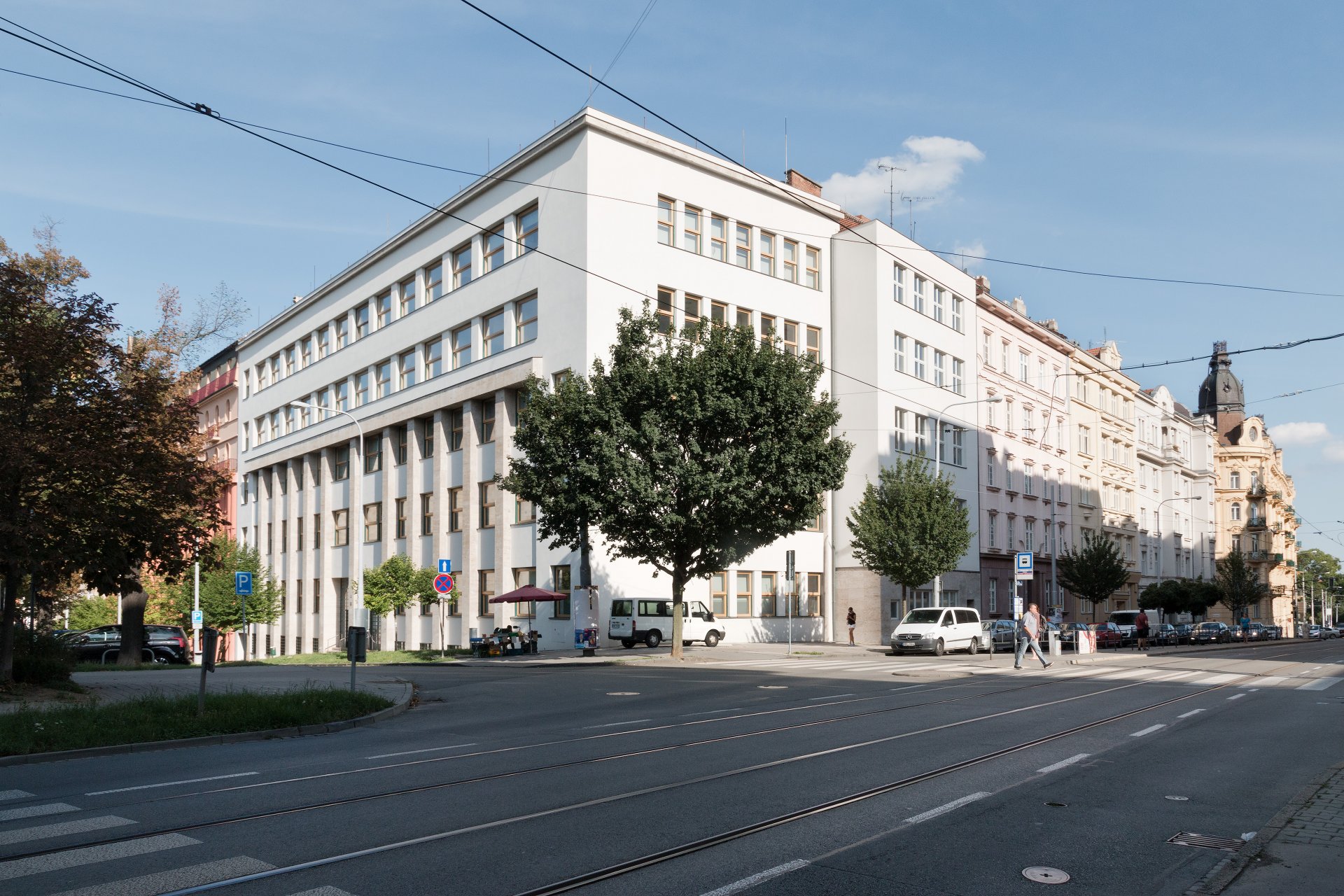 The administrative and apartment building built by the District Sickness Fund comprises part of the urban complex of Nerudova and Zahradníkova streets. This building received an extension of the outpatient care centre building in 1928 designed by Jindřich Kumpošt and intended to house the necessary clinics, physiotherapy institute, x-ray, archive and surgery ward. Though both buildings were produced by the same architect a mere four years apart, the formal designs of the structures are completely different. The monumental volume and segmented facade of the earlier building was influenced by expressionism and rondo-cubism, while the later six-level building manifests the austere aesthetics of functionalism.
The main front is meant to embody the stateliness of the headquarters of an important institution and adheres to the spirit of classicism. The symmetrical portal with two entrances is enhanced by travertine pilasters topped with prominent molding forming a ledge on the third floor. (One of Kumpošt's earlier designs shows the structure crowned with a spiky extension, which gives it a different, expressive look.) The ferro-concrete skeleton of the structure enabled considerable variability in the interior layout. The entrance lobby with the staircase is lit by vertical strips of windows of glass concrete facing the inner yard. The ground floor originally housed surgeries, spacious waiting lounges, x-ray, a sun lamp treatment room and even a special area where bicycles could be left. The second floor was intended for the archive and lecture hall. The adjoining apartment building with a shop facing Veveří Street was built at the same time. In 1937, an inpatient ward and an operating theatre were added, and the District Sickness Fund's Healthcare Centre became one of the best equipped healthcare facilities in Czechoslovakia at the time.
Both of the Fund's buildings were transferred under the administration of the Municipal Authority for National Health in Brno in the 1950s, when the era of gradual irreversible interior adaptations began. At present, the buildings belong to the City of Brno and still serve as healthcare facilities.