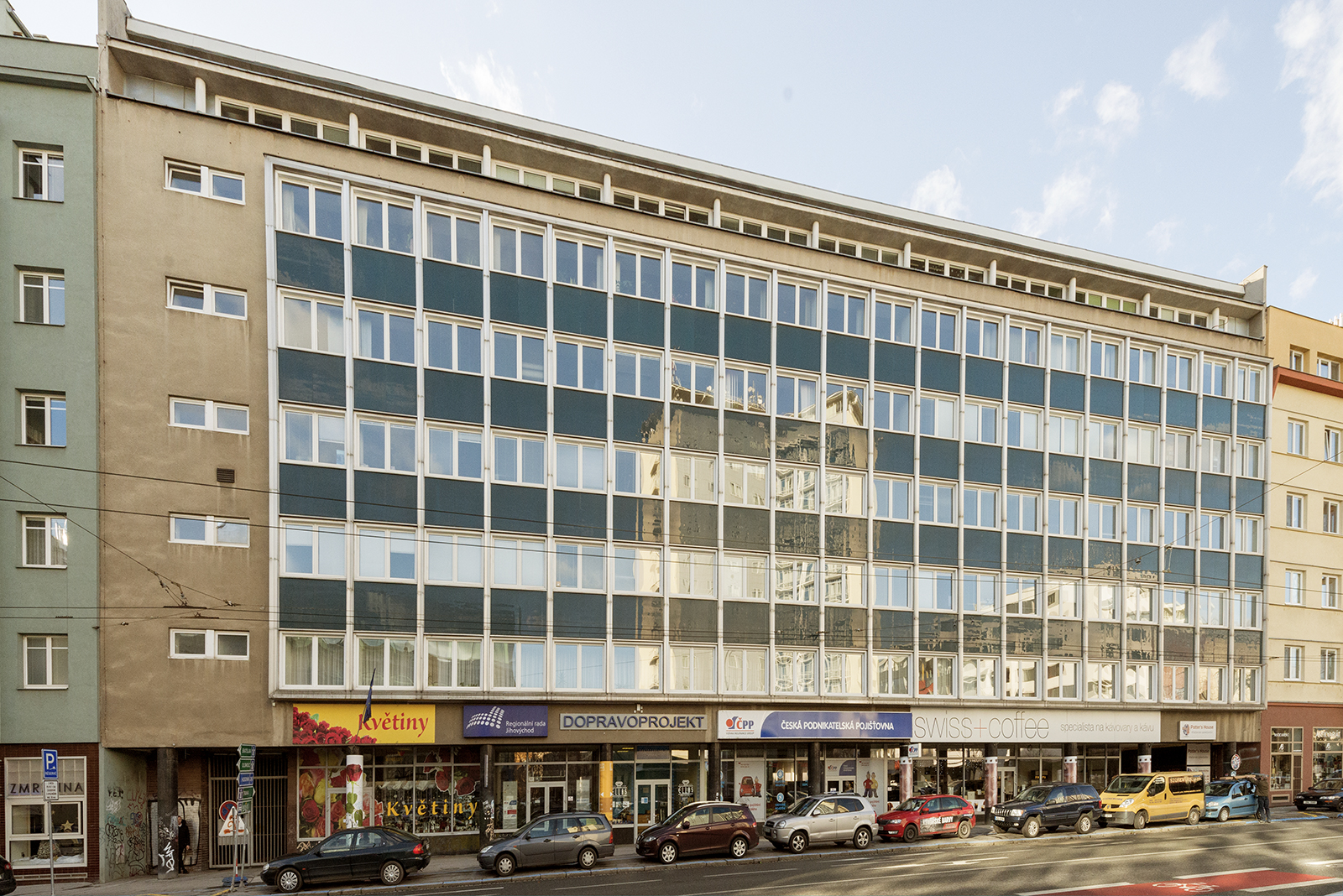 Alongside the Hotel Continental, another example of exceptionally high-quality post-war modernism is the nearby administrative building of the project institute Dopravoprojekt Brno, which was built in the years 1966–1969 and was located on the northern edge of the city centre on Kounicova street. The architectural design of this seven-storey building, which was to provide office facilities for an organization dedicated to the design of transport and technical constructions, was prepared by Jaroslav Ryška. A decade earlier, from 1951 to 1957, he was head of Stavoprojekt Brno, and later focused on solutions to the problem of residential housing, participating in the design of the housing estates in Černá Pole and Bohunice.

The main headquarters of Dopravoprojekt grew up on a vacant site for redevelopment, on which burgher houses once stood. The building is seamlessly connected to the line of an important city street. As with the surrounding interwar apartment buildings, it is divided between the traditional shop-front ground floor and the remaining floors, which house apartments or, as in this case, office space. One such residential building nearby, from 1938, was designed by Jan Víšek and was owned by the Kolbaba family [C276]. It had a patisserie and bakery on the ground floor and apartments on the upper floors.

The Dopravoprojekt building has a fully glazed ground floor with shops and is set back from the street. At both ends of the building are passages that lead to the courtyard. Round columns with black cladding support the office floor above, creating a narrow sheltered arcade. The administrative floors are dominated by the suspended wall of the facade with its blue painted glass strips under the windows, which contrast with the black cladding of the same type on the ground floor of the Kolbaba patisserie. The horizontal character of the building, as determined by the long rectangular plot it occupies, is further accentuated by the longitudinal lines of glazed window strips composed of the two-part windows and the shiny contrasting painted glass. In addition, the street facade is strikingly segmented by regular, subtle half-columns that reveal the reinforced concrete structure of the building.

In the 1970s, a floor was added to the roof, set back from the street facade. Apart from the post-communist era modifications to the ground floor and office interiors, and the profusion of visual smog in the form of excessive advertising, the building has been preserved almost intact and is still the home of the project institute. It is a well-preserved example of the architecture of the mid-sixties, and with its lightness, its high-quality materials and, in particular, its painted decorative glass, it bears the hallmarks of ‘the Brussels style’.