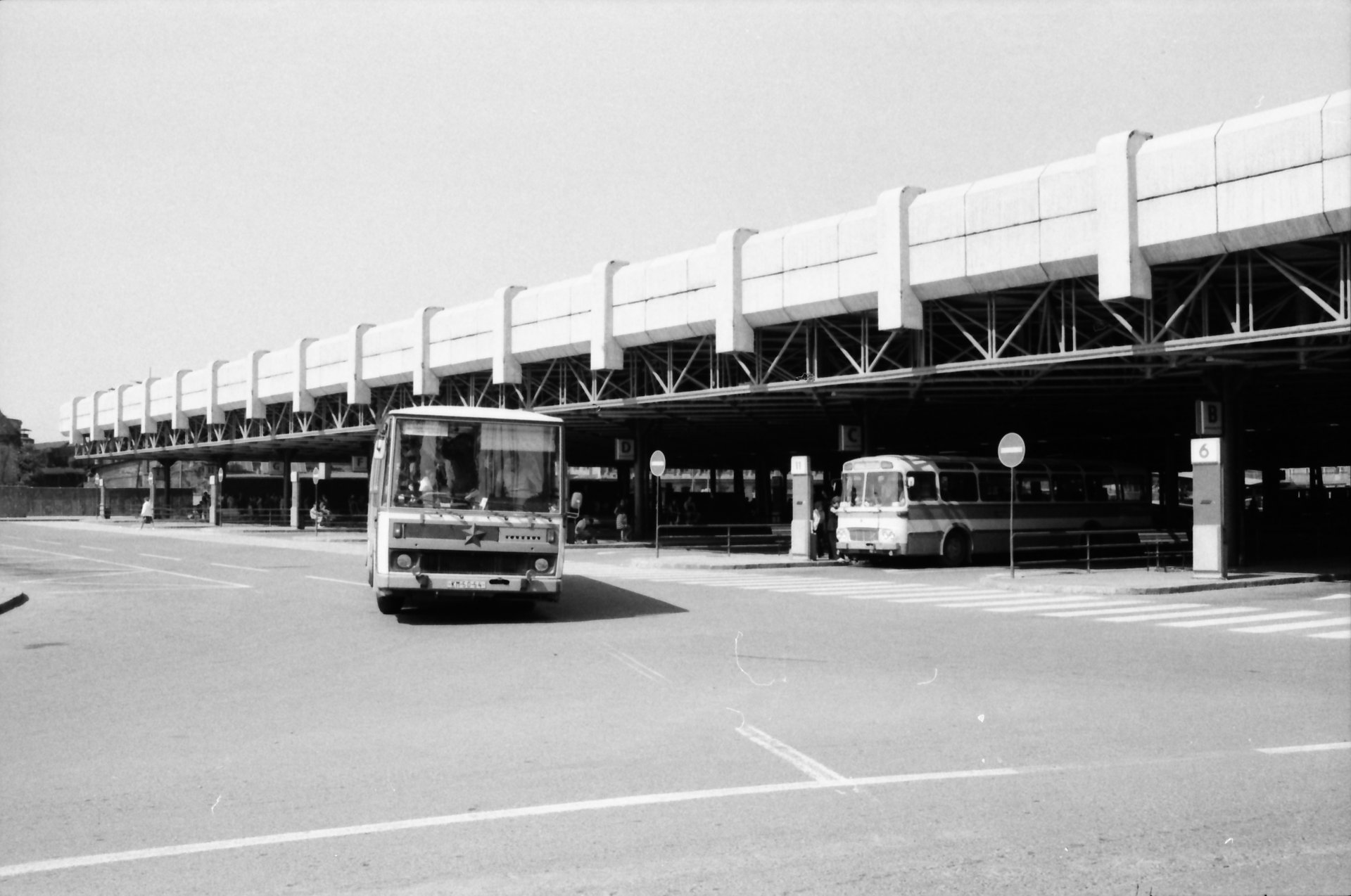 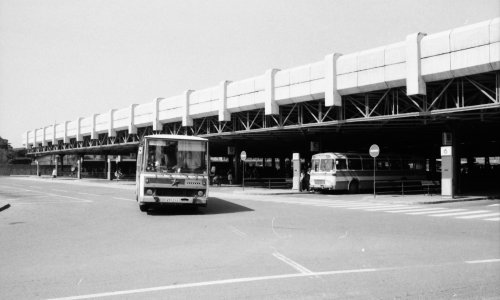 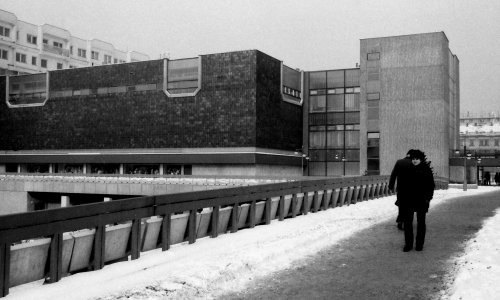 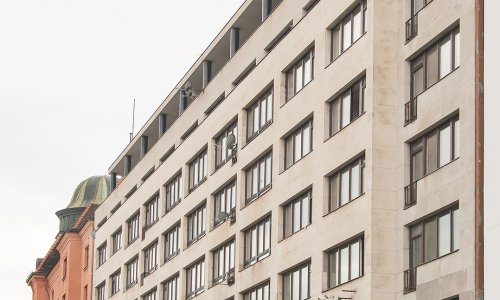 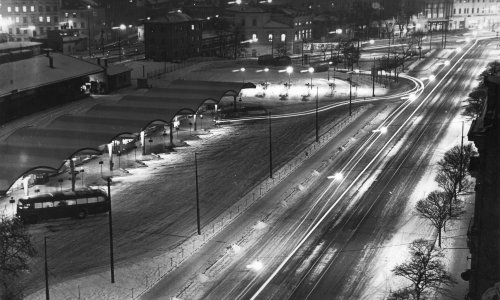 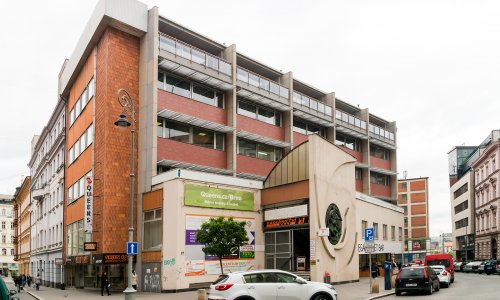 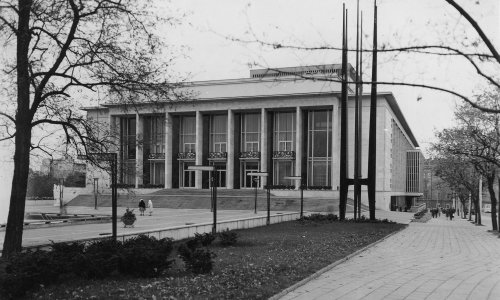 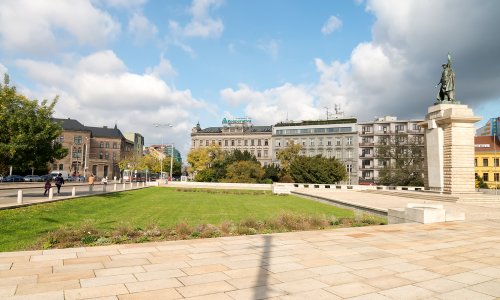 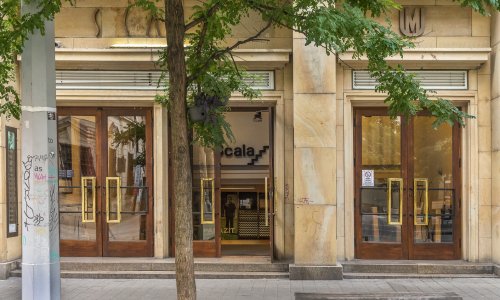 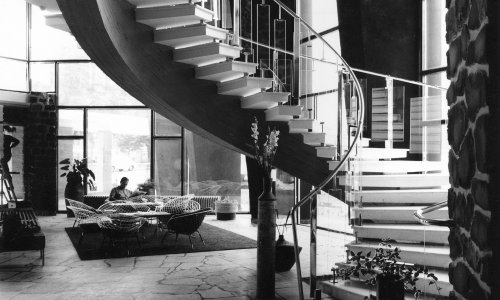 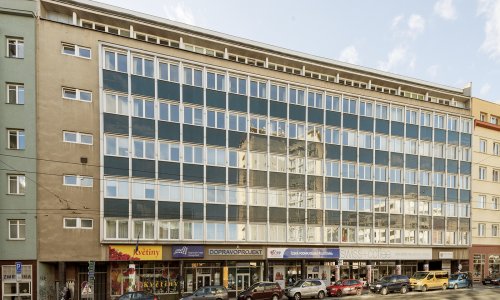 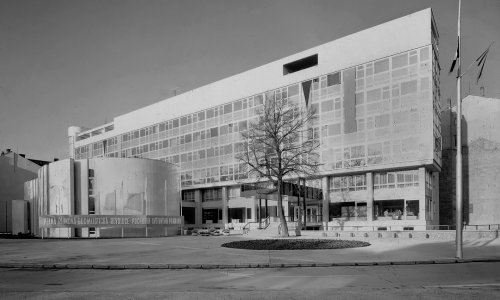 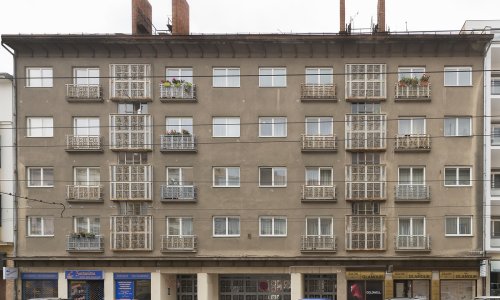 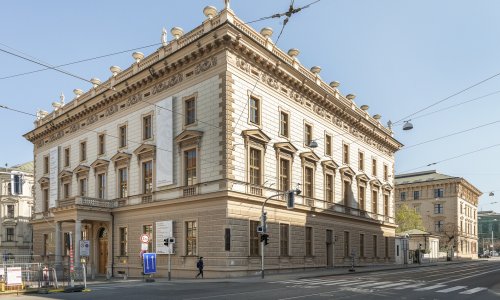 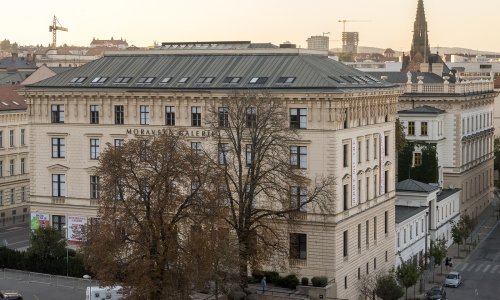 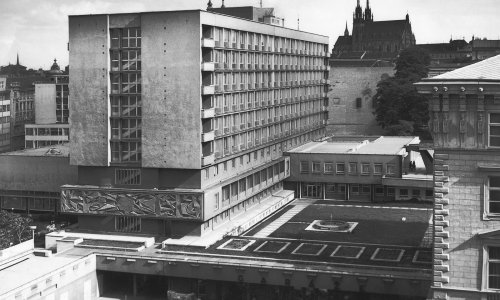 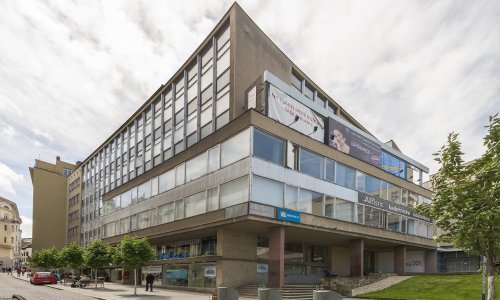 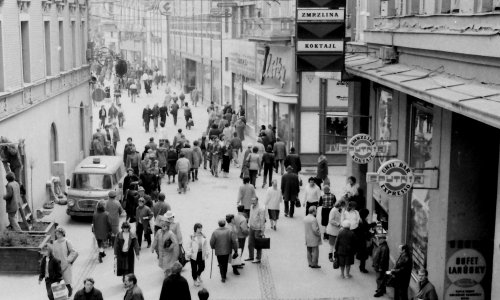 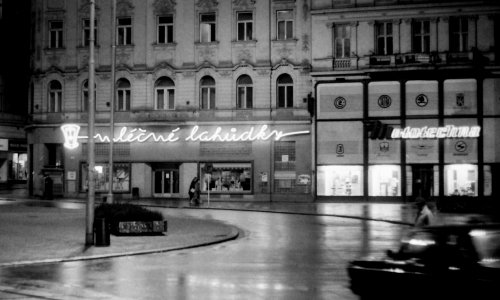 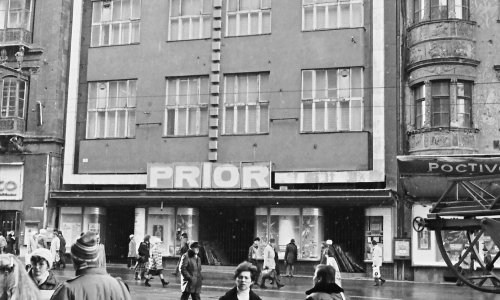 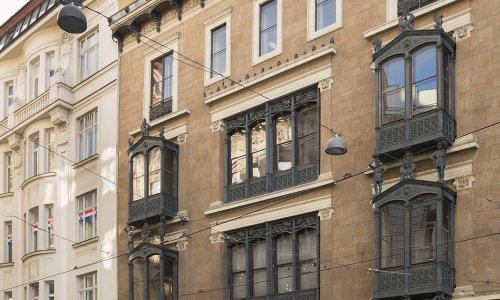 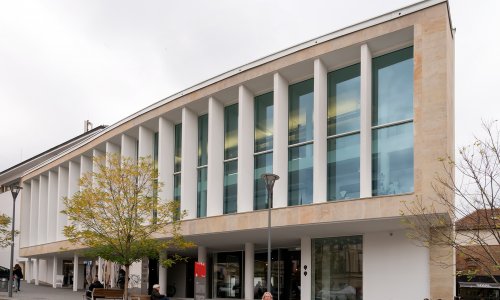 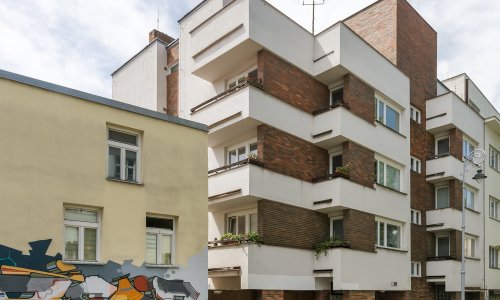 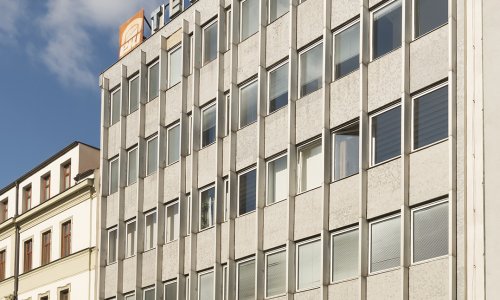 This post-war trail through the centre of Brno begins at the Brutalist-style Zvonařka bus station, which is in a locality that for many years has been earmarked as the new transport hub for the city when the main railway station is relocated. The trail leads around what remains of the former Friedrich Wannieck factory building and the adjoining shopping mall towards the post-war building of the Prior department store, which is connected to the historical city centre by an underpass under the railway station. This ‘mouse hole’ leads us to another of Zdeněk Řihák’s designs - the ‘Brussels-style’ interior of the former milk bar on Nádražní street. Further along the trail we encounter the most architecturally significant post-war buildings on the city’s ring road and in the city centre. Among these building are the National Theatre, the hotels Continental and International, which in their day were the most luxurious of Brno’s hotels, the former headquarters of the Communist Party known as ‘the white house’, and the municipal market hall. The trail also takes in several reconstructions of historical palaces. The city centre part of the trail largely leads us past department stores and the interiors of bars and bistros that helped create the post-war atmosphere of Brno.

If the final object on the Centre Trail, i.e., the Teplotechna building by Jan Dvořák, happens to pique your interest, take tram No. 12 to the final stop in Komárov and have a look at two of Jan Dvořák’s landmark buildings in the southern part of Brno - the Research Institute for Anti-friction Bearings and the India Hall of Residence. Alternatively, head for the nearby square Mendlovo náměstí, where the Exhibition Centre Trail begins.