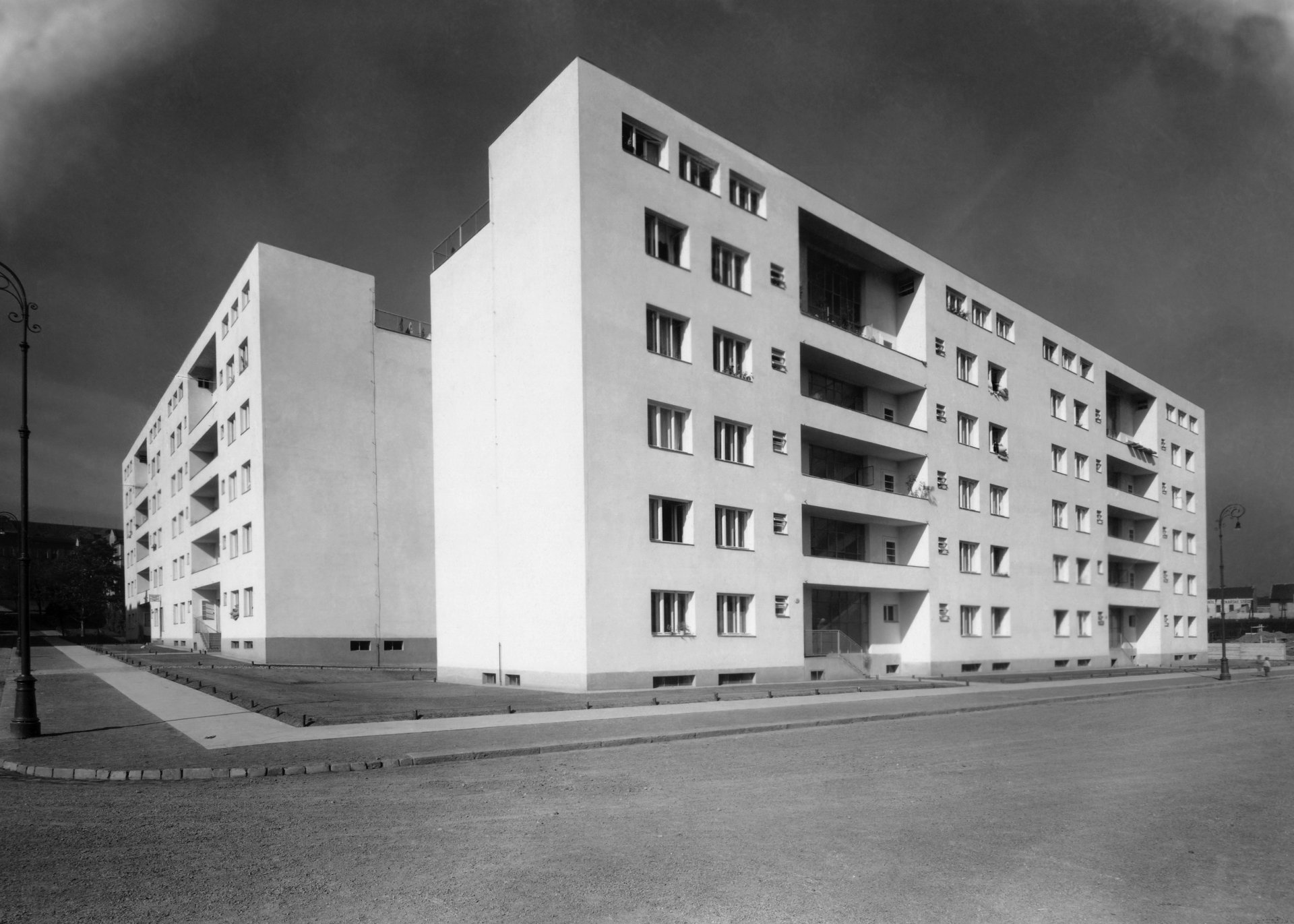 The economic crisis forced Czechoslovakia to amend the act on state support for the construction of buildings with affordable apartments in 1930. The city of Brno embraced this initiative and commissioned the construction of several buildings with small apartments. Josef Polášek was chosen to prepare a housing project for the land between Vranovská, Jana Svobody, Trávníčkova and Zubatého streets, where more than 200 new flats were to be built. However, his original design of a row of eight houses facing east and west, one that anticipated the urban development in the 1930s, was rejected. The design that was actually implemented draws upon a more traditional semi-open block with free corners.
The entire urban complex features 4 five-floor slab houses surrounding a shared playground. The fronts of the individual apartment sections are dominated by the central lines of elongated loggias accessible from a shared corridor. The facades overlooking the inner yard are divided by grids of standardised windows whose mass production helped reduce building costs. Polášek was also the first architect to use a flat roof with this type of house to serve as a shared terrace for all tenants. Each house contained 60 apartment units, mostly with a floor space of around 30 m2 and consisting of a small hall, kitchen and bedroom. All apartments, including studio flats, featured separate sanitary facilities as well as basement cubicles. The topmost retracted level housed a common laundry, drying room and ironing room. The monthly rent in these affordable housing buildings was between 150 and 160 Czechoslovak crowns in the early 1930s.
At present, the new coloured facades of some of the buildings disrupt the unity of the architectural whole; however, the buildings have not undergone any major reconstruction work. Only Polášek's idea for shared amenities has been lost. The terraces are no longer a place where inhabitants come together and sunbathe; the laundries are virtually unused and a parking lot continues to swallow up an ever-growing piece of the common green space.