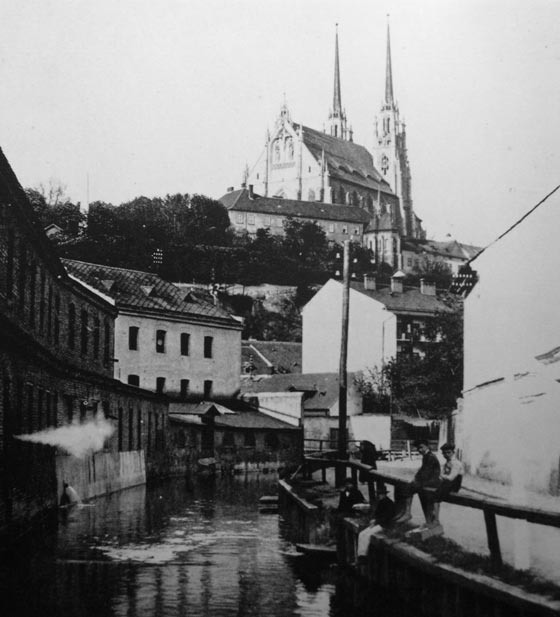 During WWII the Urban Planning Department of the Brno Building Office realized several extensive urban projects prepared in the 1930s. Rudolf Spazier, the mayor of Brno before the war, put a heavy emphasis on conceptual urban development by professionals. In 1939, shortly before he was removed from office and imprisoned by the Nazis, Spazier promoted the publication of Brno of Tomorrow. The work contains future urban development plans, the grandeur and rigor of which were based on the modernistic faith in progress and social prosperity.
The most significant urban planning feats included the connection of the city's small ring route at the junction of Husova and Nádražní streets. The demolition of older buildings and the construction of the wall visible from Kopečná Street took place in 1939-41. It was also linked to the planned redevelopment of Old Brno involving demolitions of old buildings, filling in the Svratka millrace in Vodní Street (using the excavated soil and debris) and building new apartment buildings. This intention, which destroyed the picturesque embankments of the millrace dubbed "Brno Venice," was realized during the war; however, due to the political situation in the following years, not all of the planned buildings were built. As a result, this part of Old Brno remains undeveloped to this day.