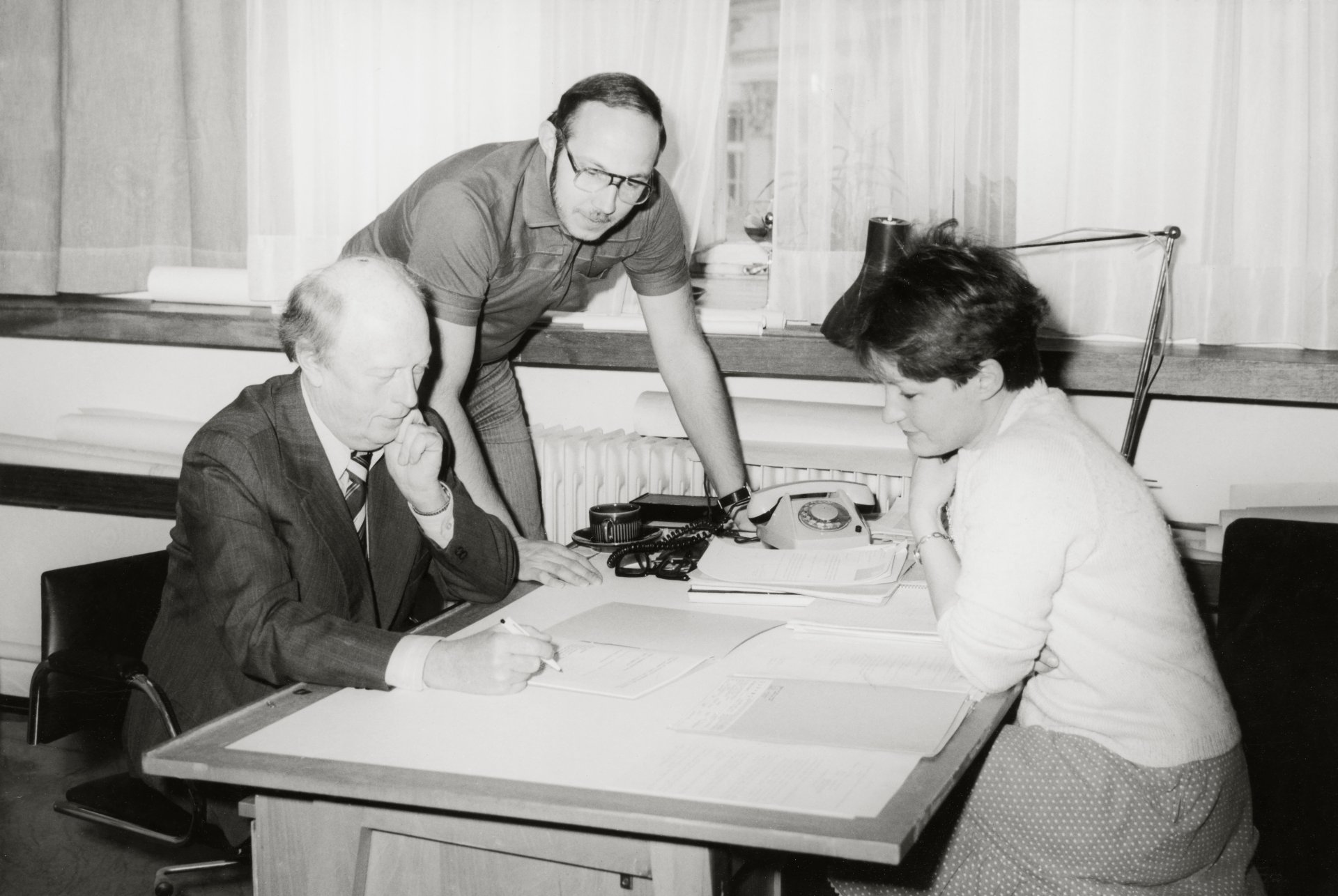 Kamil Fuchs was born on 4 December 1930 in Brno, the son of the architect Bohuslav Fuchs and his wife Drahomíra Fuchsová, an artist and textile designer in the AKA family company centred on interior design and art objects. The background in the Brno art milieu steered Kamil Fuchs towards his father’s profession, and he started to study at the Brno Faculty of Architecture and Civil Engineering where he graduated in 1953.

Kamil Fuchs worked for many years in the Design Centre of National Trade in Brno and in the Brno subsidiary of the State Institute for the Reconstruction of Historical Towns, Cities and Monuments (SÚRPMA). The reconstruction of historical buildings and modern architecture including interiors went on to become his core architectural discipline and interest to which he devoted himself throughout his professional career, both in theory and practice. For his hometown he created a number of designs for restorations and modifications of major historical buildings; together with the Brno director of the SÚRPMA Josef Němec, a pupil and associate of Bohuslav Fuchs;  for example, the design for lookout terraces around Petrov in 1958; while in the late 1970s he modernised the Měnínská brána gate, one of the original medieval entrances to the city (1978–1982).

Beyond doubt, Kamil Fuchs’s most important reconstruction was the restoration of the Villa Tugendhat in 1981–1983. As the head of one of the SÚRPMA studios, with a team of collaborators including Josef Janeček, Jarmila Kutějová and Adéla Jeřábková, he was responsible for the heritage preservation of the building and its adaptation to representational purposes of the city and the government. For many years, this reconstruction undeservedly faced negative assessments as its final form was fatefully influenced by the investor, partially devaluating some of the original elements which the architects led by Fuchs strove to preserve. However, the design for the renovation of the villa was of high quality, and was awarded at the Biennale of Architecture in Sofia in 1987.

Throughout his professional career, Kamil Fuchs regularly worked with his father. They would often focus, for example, on the urbanist approach to historical towns and cities and on the modifications of their public spaces. The design for the area adjoining the National Theatre in Prague in the first half of the 1960s fell through, unlike the controversial and much criticised design for a new department store in the main historical square in Jihlava (1969–1970). In 1993 the architect responded to his father’s work for the last time, in the design of the replica of the functionalist Zeman Café from 1926 (with Ateliér ERA, architects Pech and Janíková) pulled down in the 1960s due to the construction of the Janáček Theatre.

Kamil Fuchs  died on 13 Octobre 1995 in Brno. Together with his father he is buried in the Central Cemetery in Brno, in a grave the austere cubist tombstone of which, including a posthumous cast of Bohuslav Fuchs’s hand, he designed.