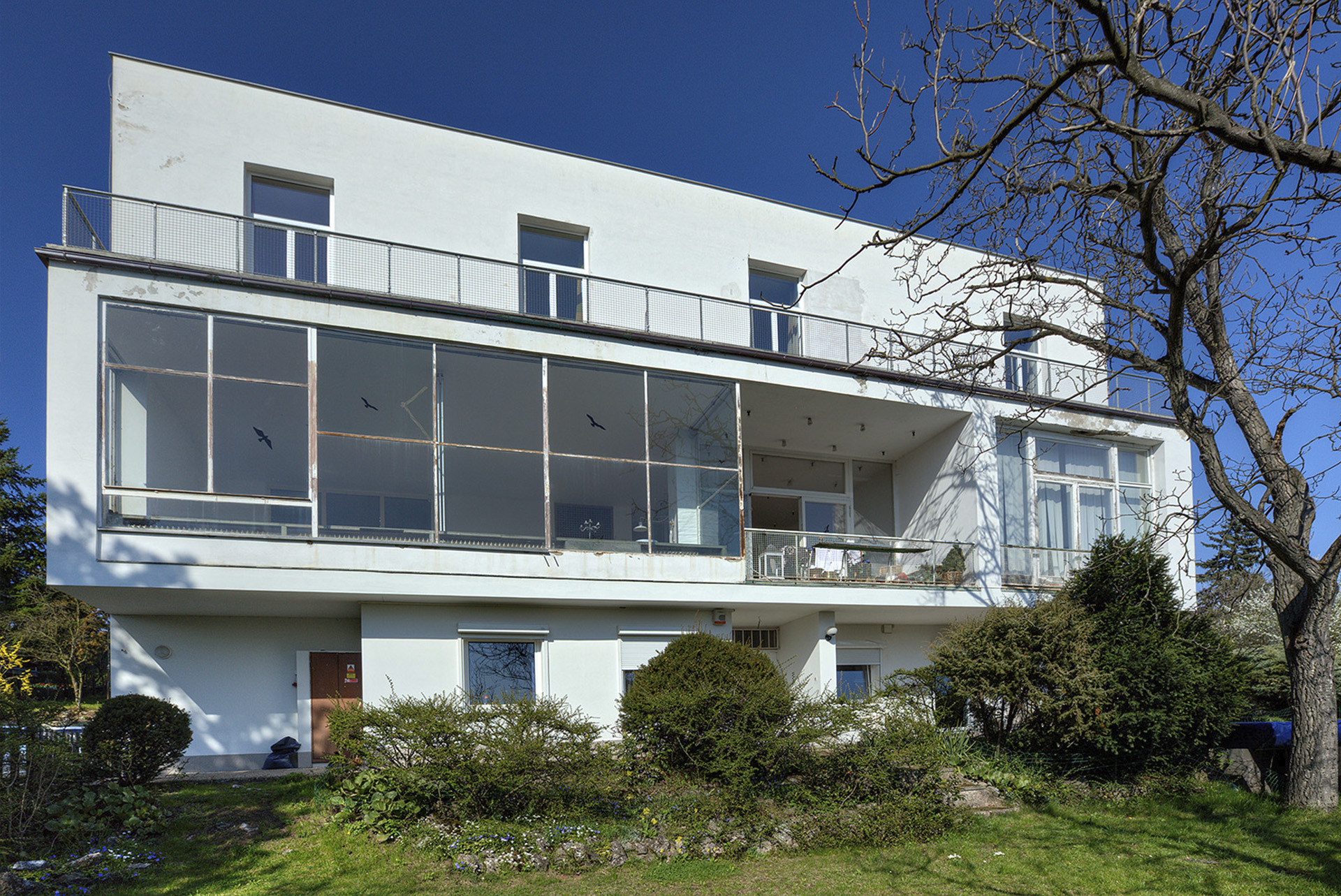 Ernst Löw-Beer, who had a villa built in Kalvodova Street by Viennese architects Baumfeld and Schlesinger, was a cousin of Greta Tugendhat, the owner of the spectacular Villa Tugendhat by Ludwig Mies van der Rohe. Like other prominent villas in the neighbourhood, this house also makes use of the southern slope; all the main residential areas overlook Pisárky Valley. The facade reveals the living room, library and conservatory by the glazed loggia on the first floor, whose volume forms the running balcony of the upper storey with bedrooms. The main entrance with the graceful portico is situated on the northern facade along with the windows of the dining room and kitchen and the corner roof terrace with a pergola. The interiors are dominated by the linked areas of the dining room, living room, conservatory and library, only separated by glass walls. The house was air-conditioned to prevent the windows from steaming up; it also featured wooden built-in furniture.
The Löw-Beer family as well as Rudolf Baumfeld, the villa's architect, were forced to flee to the USA because of their Jewish origin. During the reign of the Communist party the house was divided into four apartment units, which still serve residential purposes.