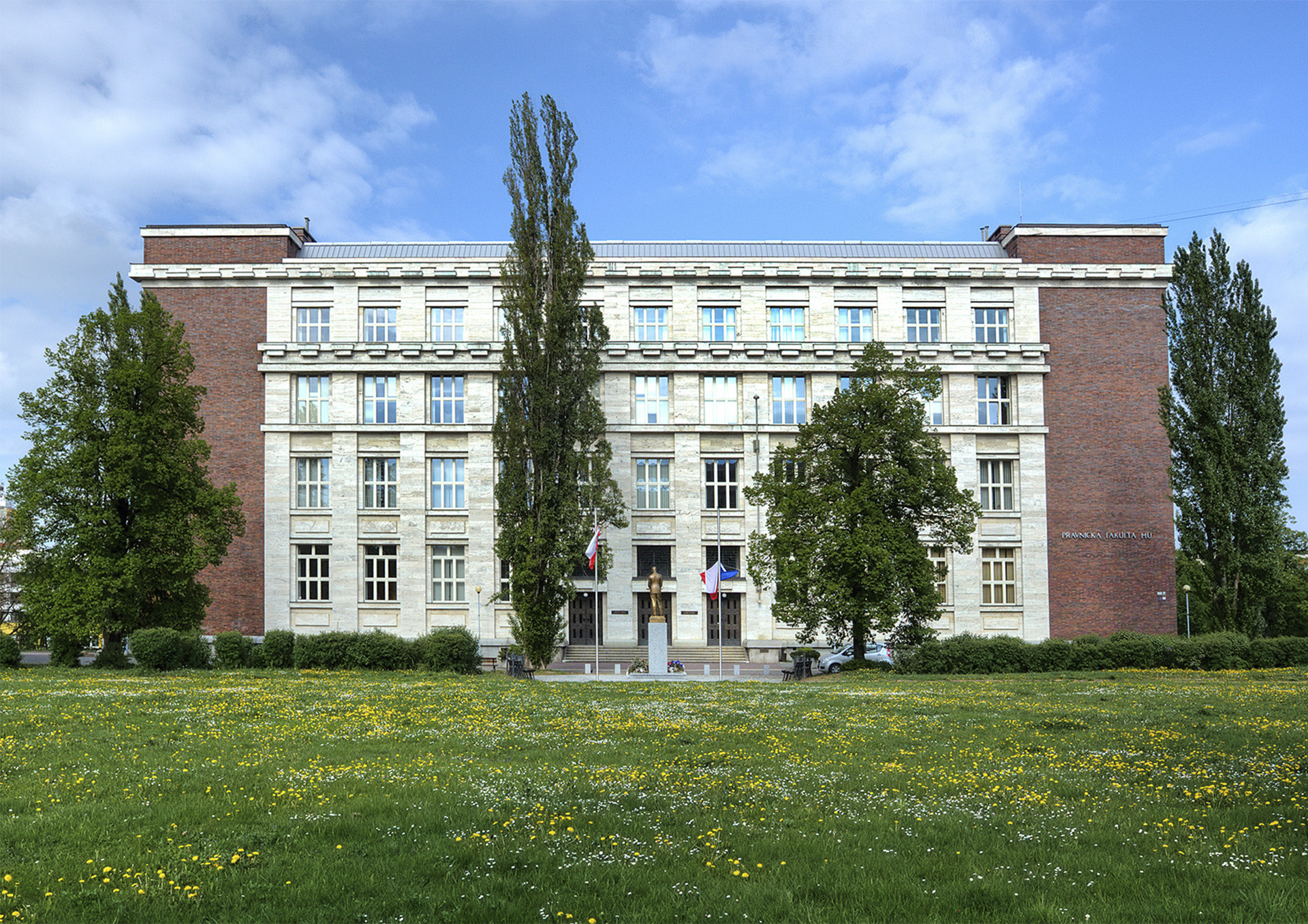 In 1919, shortly after the formation of Czechoslovakia, Brno witnessed the establishment of Masaryk University, University of Agriculture and the University of Veterinary Medicine. The founding of these new institutions, which represented a significant step towards the formation of a national identity, was linked to the idea to create a university campus, the so-called Academic Quarter. Triumphant Akademické náměstí and the overall spectacular concept of this quarter situated on the slopes of Kraví hora near Veveří Street was designed as a demonstration of the democratic ideals cherished by the young republic. This involved due stateliness in the spirit of classicism, a requirement best met by the design presented by Alois Dryák, a Prague-based architect, selected in the architectural competition in 1925.
Dryák's concept for the square featured buildings of a uniform style and monumental scale was criticized by young avant-garde architects, resulting in agitated discussion over the square. The ensuing disputes as well as the economic crisis only allowed the completion of a single building - the Faculty of Law. The building is situated between Veveří and Hrnčířská streets and its bulky six-level structure on a square ground plan is a mere torso of the estate planned for this still unresolved area.
The style of the facade combines classicist monumental tendencies with architectural purism and is typical of late works by Alois Dryák, who belonged to a generation instructed in the tradition of historicism and Art Nouveau. The emphasis on ostentatious stateliness is represented by the symmetrical layout of the vertically segmented facade clad in travertine panels and brick, even in the formal areas on the ground floor. These areas consist of the entrance lounge with a glazed ceiling and ceremonial assembly hall decorated with stained glass mosaics by František Kysela and a monumental painting by Antonín Procházka entitled Prometheus Bringing Fire to Mankind.
During World War II, when the universities were closed, the building served as the Moravian headquarters of the Gestapo and a military court. In 1950, the Faculty of Law was shut and the building was used by the Antonín Zápotocký Military Academy. The Faculty of Law of Masaryk University did not return to this building from its temporary facility in Zelný trh until 1990.