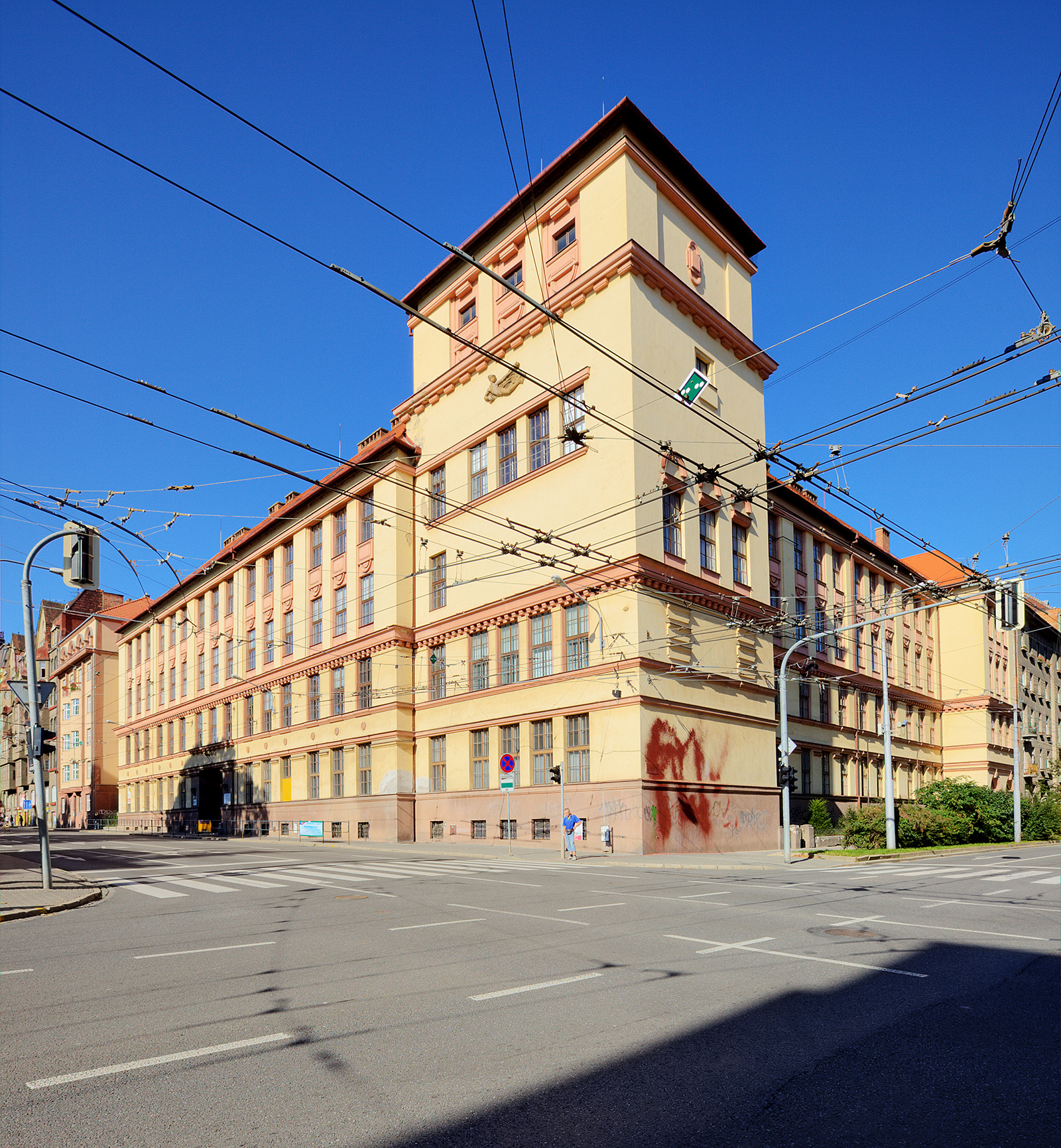 After the formation of Czechoslovakia in 1918, a number of Czech institutions kindled hopes for acquiring new and adequately formal buildings, a claim formerly disregarded by the Austro-Hungarian authorities. Having operated for more than 20 years on an inadequate site, the Czech Trade School also managed to obtain financial resources from the Ministry of Education. Karel Fišar, the long-standing headmaster of the school, was chiefly credited for this achievement, as he also participated in the identification of a suitable plot on the corner of Kotlářská and Kounicova streets and in the preparation of the positioning plan, on the grounds of which the ministry announced a public architectural tender.
Prague architect Jaroslav Rössler, whose design attempted to synthesize the functional, hygienic and aesthetic knowledge of the time related to the building of modern schools, ranked second. He chose a two-wing, five-level building which closed a block of houses and, at the same time, enabled intriguing interior layout possibilities. The classrooms overlooked both streets, and the inner yard housed sporting grounds also lined by the assembly hall as well as a botanical garden. The sufficiently lit corridors were equipped with lockers for students. The part of the front set back from Kotlářská Street features the separate entrance to the headmaster's apartment on the first floor. The main central entrance to the building is situated in the same street and is pronounced by an artificial stone reveal with two mascarons. The facades are, in the spirit of Prague rondo-cubism, segmented by prominent moldings with dentil and semi-circular relief applications.
The 1,800 m2 of the built-up area ranked the building of the Trade Academy, which can be considered a joint work of architect Jaroslav Rössler and the school's headmaster Karel Fišar, as Czechoslovakia's largest secondary school. Naturally, it attracted attention from other business schools in the country and abroad, which marvelled at the school's technologic advancement (steam central heating) and functionally conceived layout, the result of cooperation between an experienced teacher and an architect; the building still serves its original purpose.