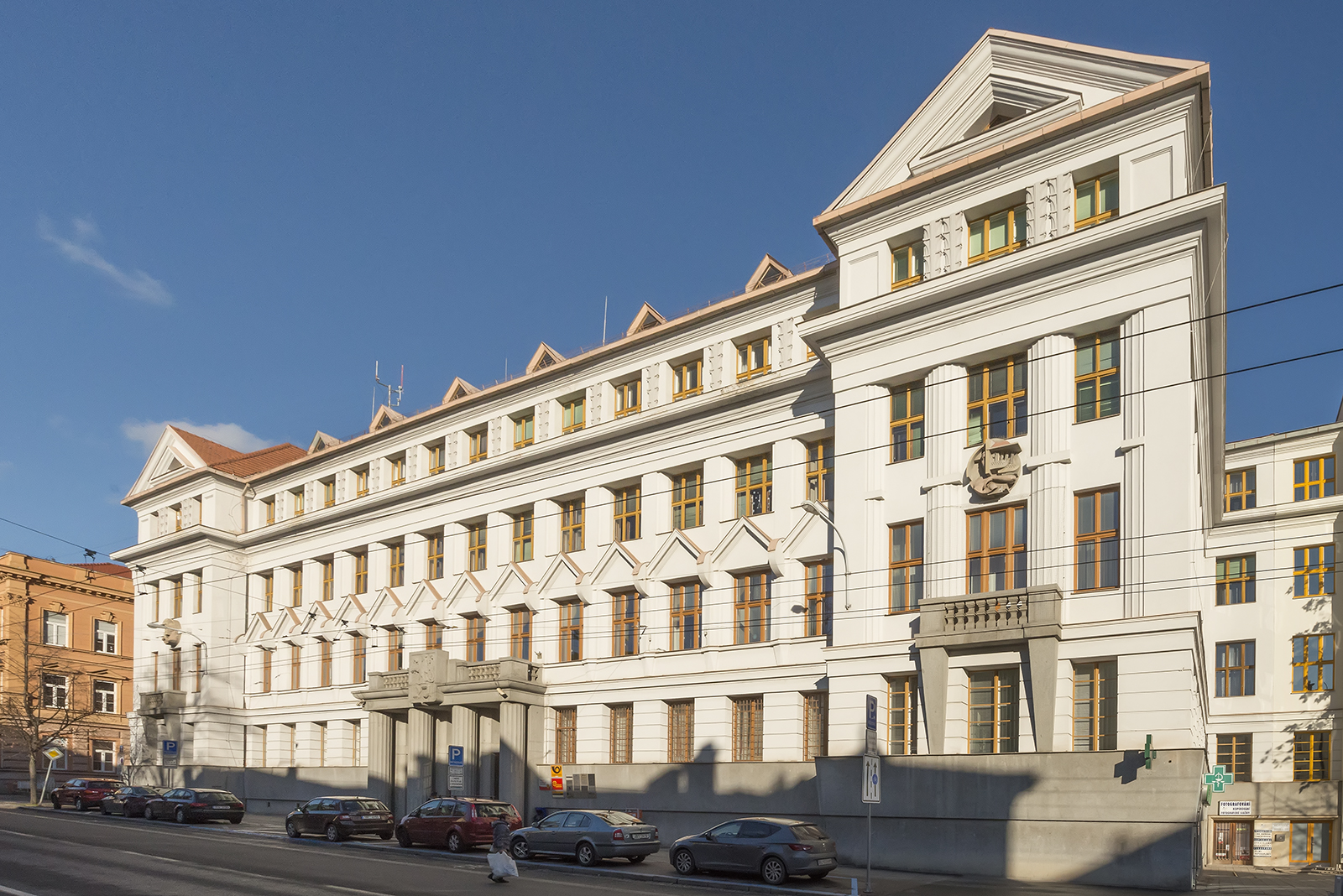 The Czechoslovak Parliament ordered the establishment of the Mail Cheque Office in 1919 to perform cashless payments between economic subjects. This decision was a huge contribution to the stabilisation of the young republic's currency, as it reduced the need of cash and cash payments. The Postal Ministry purchased a plot in Kounicova Street from the City of Brno and made plans to build not only the cheque payment office centre, but also a new building for the Mail and Telegraph Directorate. The ministry addressed architects Josef Hrubý, František Roith, Jaroslav Stockar and Emil Králík to submit designs; the jury unanimously chose the design by František Roith, a Prague-based architect, who would later win the competition for the building of the cheque office in Prague. The shortage of financial resources in 1923-25 was the reason the authorities decided to build only the directorate, which would also temporarily house the cheque office, whose building was postponed till later.
The edifice designed by Roith conformed to the Brno municipal government's emphasis on the monumental concept of the buildings to grow in Kounicova Street, as this street was meant to become a new city avenue. Its prominent volume with three inner yards comprises a part of a block of buildings; it has a two-tract layout with offices and a corridor situated in the inner block. The facades are segmented by ledges, pilasters and risalits; the expressively conceived portal front with its central portico consisting of Doric semi-columns and a balcony with a balustrade is the most expressive element. This is a blend of Roith's Prague monumentalism influenced by cubism and national rondo-cubism with relief collages by sculptor Zdeněk Pešánek. The round allegories in the centres of the corner risalits represent an avant-garde glorification of industry, transport, telecommunications and social peace.
The planned cheque office was never built and the neighbouring plot was filled by the offices of the National Rail Directorate designed by Evžen Škarda, since the postal and railway ministries merged into the Ministry of Transport. However, the layout of this later building matches that of the earlier one, as had been planned. Today, Roith's building is the seat of the Czech Rail Directorate General and a Czech Post office.