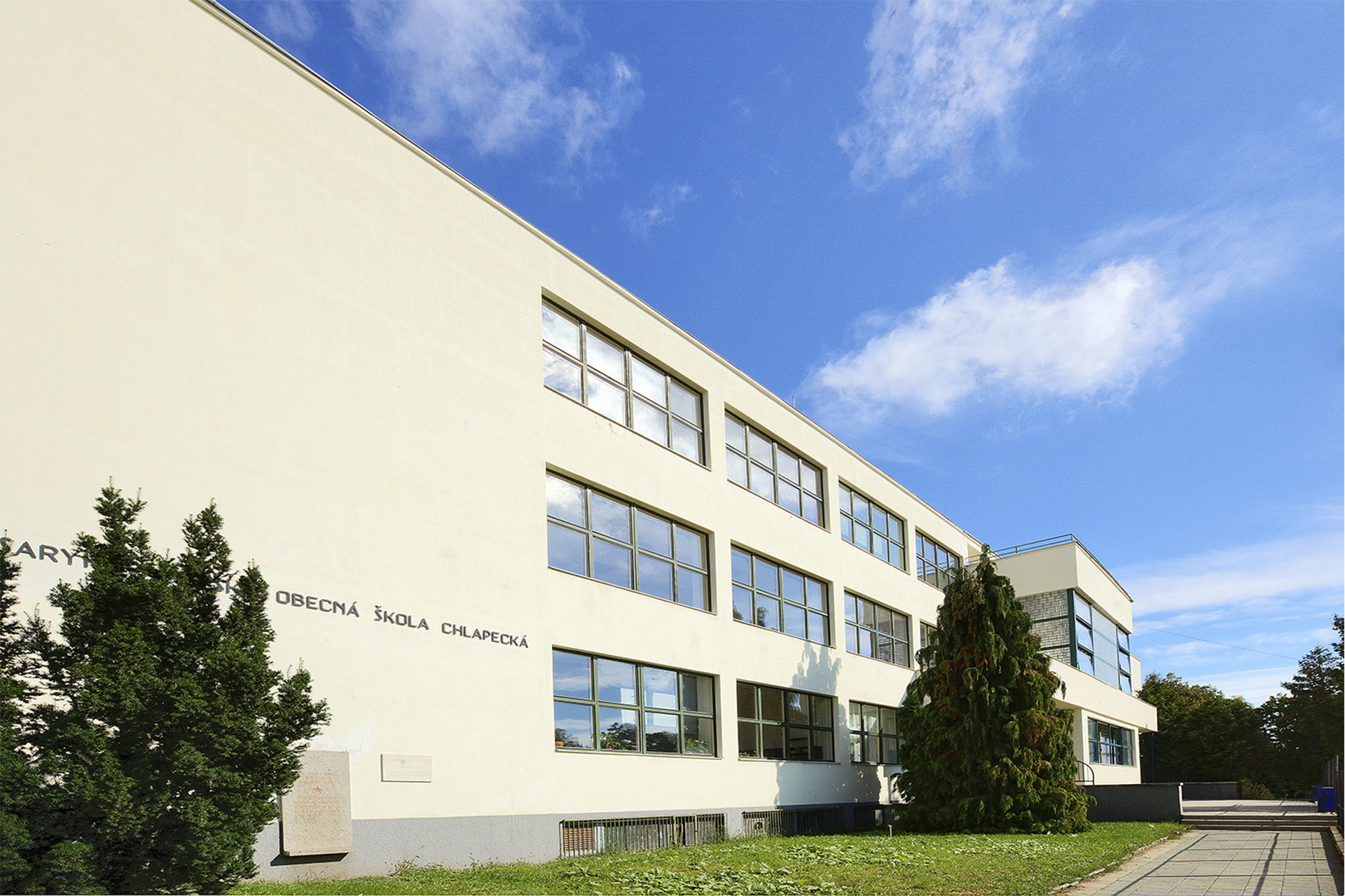 The early 1930s saw two school buildings designed by Mojmír Kyselka erected in the new northern part of Černá Pole. Zemědělská Street was selected as the site of the Masaryk School for Boys and Girls, whose sophisticated layout and interior furnishings were designed in accordance with the latest hygienic and operating requirements. The subtle functional layout of the interior produces the unique formal appearance of the structure with its elegant facades and large windows in delicate frames.
The main front of this four-storey building is, with respect to the boys' and girls' sections, symmetrical with two entrances. The middle of the facade is divided by the glazed risalit of the common ceremonial hall and gym on the second floor. The rectangular volume of the structure consists of two tracts with a wide corridor and classrooms or staffrooms facing south. The school also featured an outdoor and indoor swimming pool as well as a cafeteria on the ground floor facing north. The building, which has not undergone any major modifications, still serves its original purpose under the name of Masaryk Primary School.