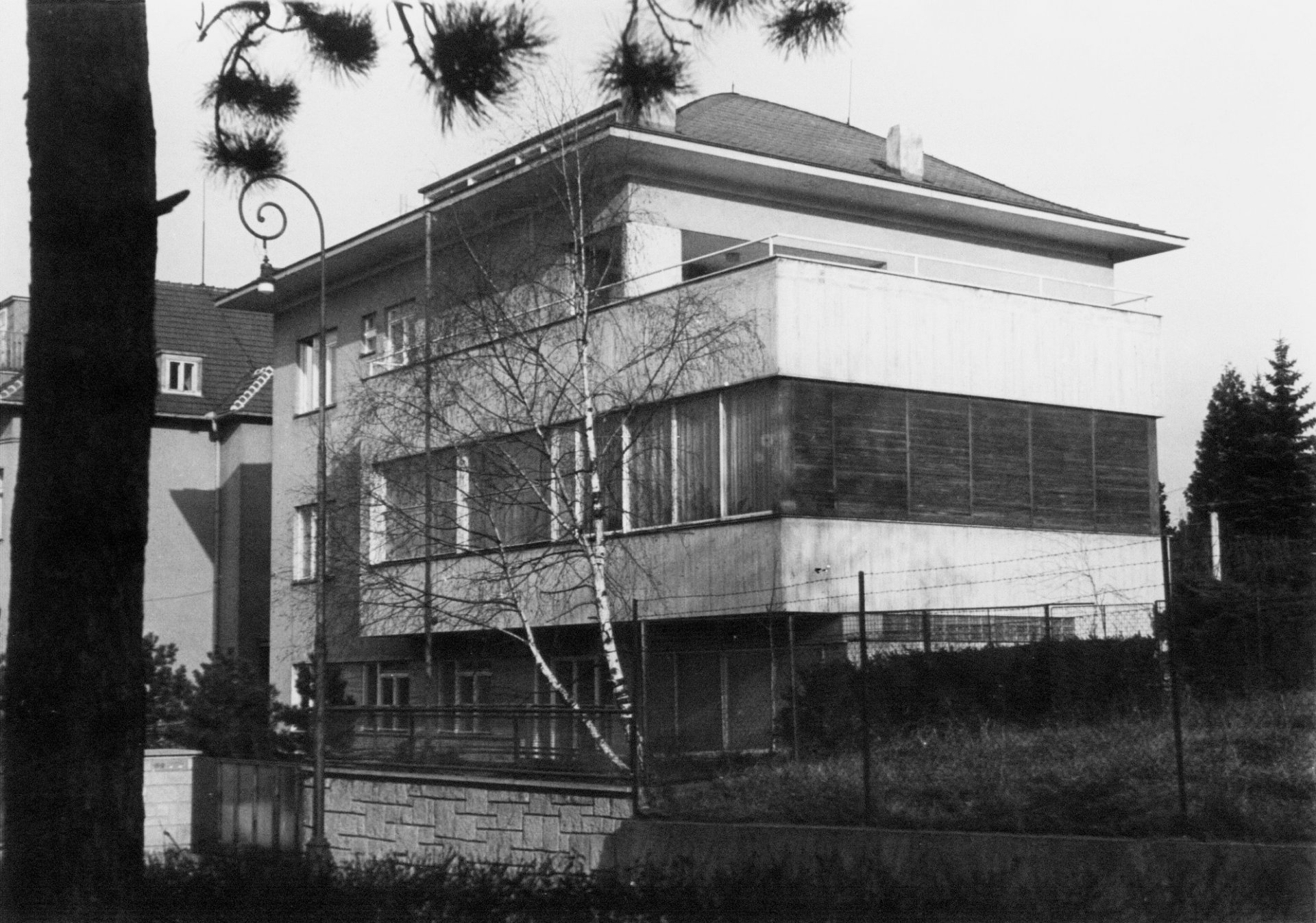 Václav Dvořák was an influential Brno designer who exerted a prominent influence on the nature of construction and urban development in Brno between the wars. The new urban apartment buildings for the middle class built by his company featured an austere architectural morphology of modern forms. However; Dvořák's own house was a magnificent residence with generous spatial dispositions providing a dignified backdrop for his extensive collection of modern art.
This three-level villa occupying an attractive plot near the Wilson Wood defies the then latest functionalist trends. This is due to the use of the hipped roof and far protruding crown molding as well as the overall monumental impression of the villa. The interior conceals a complex layout determined by many different purposes. The ground floor originally housed the caretaker's apartment, garage, laundry room and cellar. The vestibule has a staircase leading to the first floor dominated by the living room and the veranda highlighted by an oblong bay with travertine cladding. The second-floor features other rooms and a terrace accessible via a narrow corridor. Period photographs show the interior designed by Jaroslav Grunt and Mojmír Kyselka. The modern furniture was accompanied by works from Dvořák's collection of avant-garde art as well as works ordered specially for this interior. They were created by Antonín Procházka and include several large canvases (Symphony, Tree of Life and Civil Engineering), a mosaic (The Four Seasons) and a tapestry (The Judgement of Paris) made according to the painter's design.
Unfortunately, the owner of one of the most interesting interiors in Brno did not enjoy it very long. After the Communists took over the country, Dvořák, as a detested capitalist, as well as his family had to move out of the villa; his company was nationalized and the builder was sent to forced labor on the building of the New Klement Gottwald Ironworks in Ostrava-Kunčice. This was but the beginning of his persecution: his own art collection brought him far worse trouble. Dvořák was imprisoned in Pankrác jail in Prague for two years after being convicted of the alleged illegal sale of works of art and the confiscated objects became an important part of the collection of the Moravian Gallery in Brno. The villa was used as a kindergarten in the 1970s and 80s. After the revolution it was returned to the heirs, who provided for its reconstruction and also partially renewed Dvořák's art collection.