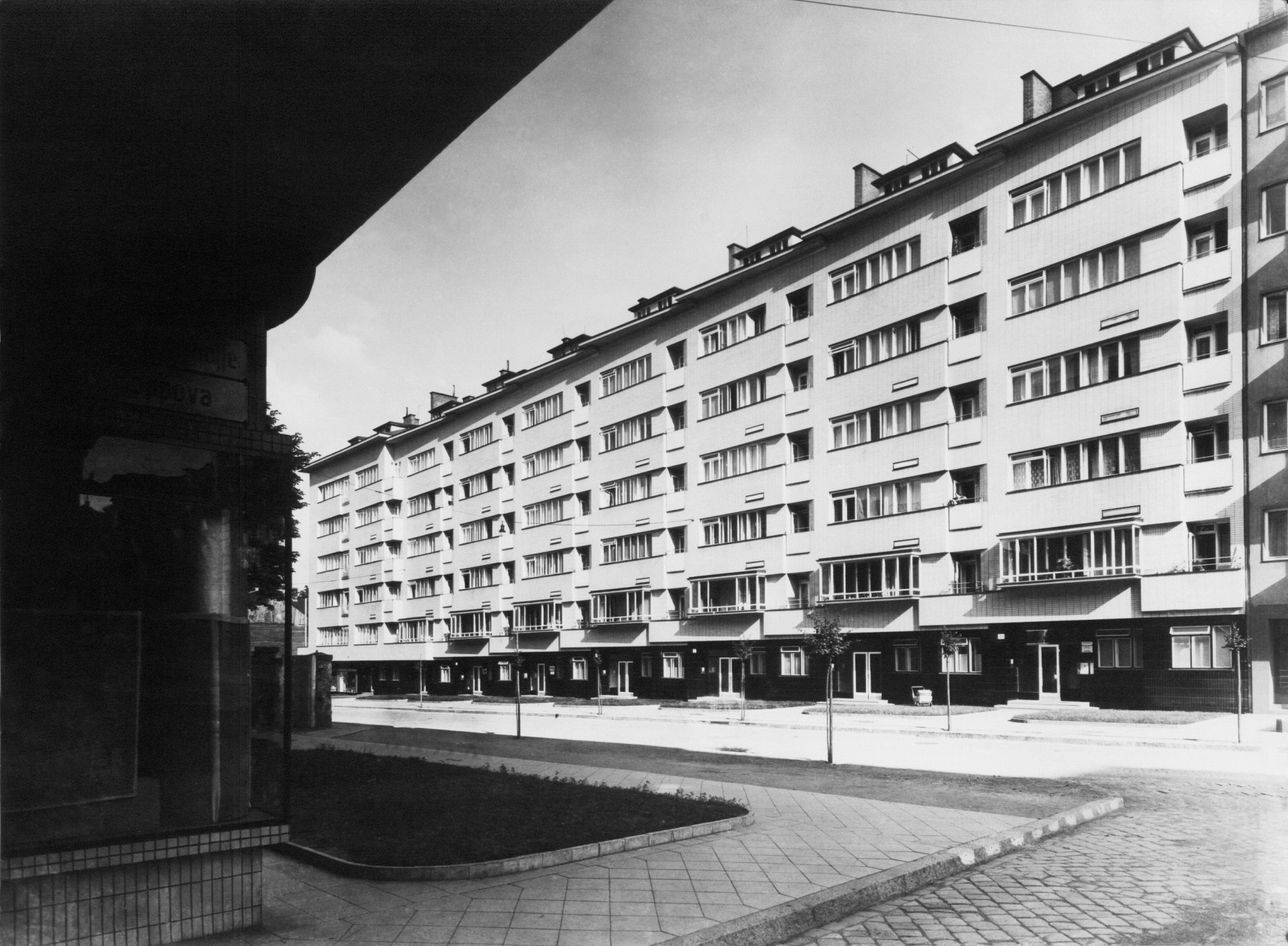 In the early 1930s, builders Alois Kuba and Václav Dvořák split to set up their own building companies. Václav Dvořák's company continued to build even after the outbreak of World War II. The builder succeeded in purchasing several profitable plots from Jewish owners, who gave away their property on a mass scale during the Nazi occupation. The confectionery factory originally owned by the Austerlitz siblings was no exception to this rule. Its site, in the present-day Kotlářská street, is occupied by nine six-level apartment blocks built in 1938-40 according to designs by Jaroslav Brázda.
The architect chose narrow facades for the individual buildings for the sake of economy: the more buildings constructed on the plot, the greater the profit for the company. Architect Brázda extended the depth of the houses and unified their light-coloured facades with horizontal ribbon windows as well as black opaxite facing on the ground floor. He also paid attention to the entrance area of each building with light opaxite facing and round mirrors. The linked semi-circular staircase is lit by a skylight and the individual glass-concrete landings bring light to the lower levels.
The designs of these buildings are said to have impressed Nikita Khrushchev, the First Secretary of the Communist Party of the Soviet Union, who toured the houses and asked for photographs and building drawings on his visit to Brno. Before the war, Václav Dvořák managed to acquire the adjoining plot on the corner of Kotlářská and Lidická streets, where he intended to erect a seventeen-storey multi-purpose high-rise. However, the German occupation authorities were not in favour of such grand plans.