Building of the Czechoslovak Tobacco Directorate 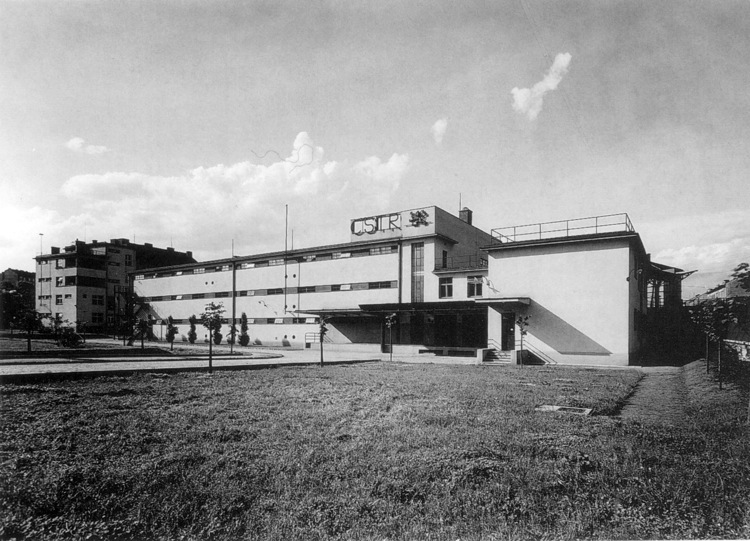 In 1918 the Czechoslovak government created the Czechoslovak Tobacco Directorate to take over the Austro-Hungarian tobacco factories and tobacco shops in the country. The new company retained a monopoly in this domain and the right to appoint the managers of individual plants and tobacco shops (tobacco shops were mostly awarded to veterans).
Brno became the site of the new Czechoslovak Tobacco Directorate building in 1928; the author of the design was Emil Králík, a professor at the Czech University of Technology. He designed a building with minimal means of expression on the rectangular facade, the horizontal lines of which were enhanced by darker bands with narrow windows. The industrial aesthetic was enhanced by the railings of the roof terrace as well as the posts; the subtle inscription and the country's coat of arms above the main entrance were additional artistic elements on the facade.
However, the appearance of the building has been altered by numerous reconstructions and changes to the facade. The building was occupied by the firm Potraviny Brno until 1989; today it is the seat of the regional firefighters' directorate.